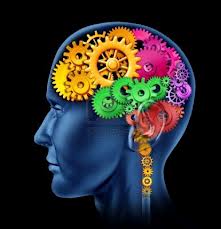 Continuing from the previous article, we say “Creation” when things are brought together meaningfully in order to serve a given one or more purposes. This is called saṁhati – assemblage. A Pot, a Fan, a Car, everything is a creation within this definition.

What about this Earth, the Galaxy and the Milky Way? Are they also creations? Indeed; for they have been put together meaningfully to serve a given purpose. Lets analyze a bit.

Let us take the birth of a child as a case in study. The mother has no knowledge as to how to create a baby. All that she is, is an ancillary cause in the creation of a child; without her, even God cannot create a child and hence she is given the prime status, equivalent to that of God himself, in a person’s life. The seed planted by the father in the mother’s womb starts as a single cell; it multiplies on its own, and diversifies into various parts of the body,  attains various textures and characteristics like muscle, bone, blood etc. While the child is inside the mother’s womb, it feeds and breathes through the placenta; it lives an aquatic life submerged in fluids. In 10 months time, it achieves proper growth, and comes out of the mother’s womb. The placenta is cut off, but no worries, for oxygen is provided in the outside world, and the child has been given the ability, almost instanteneously and as if magically, to breathe oxygen. Milk for the infant is also provided for in the mother’s bosom.

The digestive system, respiratory system, circulatory system, excretory system etc. have all been put in place and made work round the clock, and that too involuntarily, to keep the person going.

As the child grows bigger, food in the form of vegetables and fruits have already been provided; and teeth to gnash the food are also provided. (An aside point – food means vegetarian – ōṣadhībhyaḥ annam – nothing else – because it is only the plants that have the ability to produce food from light and water – all other beings can only digest food). Even water and light are given for plants to grow so that they can serve as food for the child.

Who can claim authorship for this physical body of a child? It is not the parents; not even the whole lineage. No one can claim authorship to a child, for if one could, one should have had complete control on how one’s children shape up. Now, can even one person amougst the millions of humans that we are, claim that? Or for that matter, one should be able to fix one’s child, whatever its problem may be, be it physical or emotional. Is one able to fix?

Science is desperately trying to claim authorship, by methods such as cloning. We have a counter for even that claim. We say that the possibilities for cloning are given. What is not possible, cannot be created. Try creating an elephant from a rat, you will understand what I am talking about.

What about improvement? Can what is created be improved? No, for everything is created well; and the possibility of evolution is also naturally given.

When we see such a purposeful creation, it is reasonable to have prāmāṇaya buddhi in śāstram, and appreciate that there should be an intelligent and conscious being, who has the knowledge, the skill, the power and the desire to put together this jagat. That existent conscious intelligent being, we call īśvara. Everything is given, the creation and the possibilities.

īśvara is thus the nimitta kāraṇa of the jagat. I can call him the kāraṇa because I have established the kārya. I have proved that jagat is indeed created. īśvara is the intelligent cause of the jagat.

A pot–maker is ghaṭajñaḥ, since he has the knowledge of how to make a pot. A weaver is paṭajñaḥ since he knows how to weave a cloth. So also īśvara is sarvajñaḥ, since he is the one who has put together so meaningfully sarvam, this entire jagat.