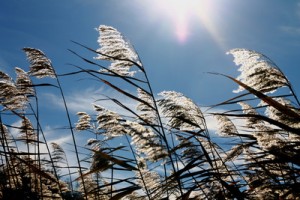 Visitors of this site will have noticed that I am not as active any more blogging and taking part in the discussions as I have been for years. The reason is mainly because I am very occupied with teaching and I simply do not have enough energy left for a lot of activities on the site. So I am happy to be able to post a blog today. It is in fact a blog that one of my students has posted on his own website and I felt that it was a veritable hymn about Advaita Vedanta. With his kind permission I offer it to all seekers who may be in a similar situation as the author was before he discovered the treasures of Vedanta.

You know that moment, at the end of the night and u wake up, knowing, determent, clearheaded, when u realise things fall back into place, yes fall back into, as u come back to knowing that u realise stuff, more, when information has made sense. As the wind gently howls across the building in late autumn.

I was so stuck and fucked up just a few months ago, and clearly needed some kind of help, support, guidance perhaps, as I had wiggled my way into distress and mental suffering through reading stuff way over my head, trying to get things that one might not get from just reading, from reading someone else’s experience even, it simply does not always work that way.

So I guess I sort of booby trapped myself in my own process, and was reading both ‘The Experience of No-Self‘ by Bernadette Roberts as well as the very dark ‘Brahma’s Long Night‘ by Ra Uru Hu in the Rave Cosmology Teacher Training right after having finished the fucked up ‘The Nature and Mechanics of the Rave (2027)‘ semester which really did not make things any lighter, and it just fucked me up, big time. And here is the kicker, I got what was said even, that was tough to swallow, I got what was said, what was meant, I could follow this experience of Bernadette, but I could not possibly also share her experience or recognize it in my own life, my own perception of what she was sharing about. And so I came to a grinding halt

Zoned out and outshined

So I stopped, I stopped reading Bernadette while gently continuing Rave Cosmology, but giving myself some space and time, knowing I got fucked up, knowing I needed to take a breather, a step back, unwind the tension just a bit, and reorient myself. But first, just back off a bit, simply ease off, and not push myself over this edge of not understanding, of not having the same experiential knowing, and allow for that.

So dropping her book, and slowly continuing onwards with all the other stuff I read, websites I look at, like Oshonews occasionally, I enjoy peeking into this world of seekers, this loose-knit pool of actual people sharing their experiences and thoughts, past and present. And on there I came across this one sharing called, Still Interested In Enlightenment? by Sitara Mittag, and I thought, yes, yes I am actually. And in there I got triggered by this one sentence, which seem to confirm something I’ve written about or hinted at before in a few times before:

“So the missing ingredient is understanding”

I can’t say I was floored by that statement, but I was very intrigued, cause it was the first time I read any kind of confirmation of that thought process. for years this idea had been gnawing inside of me, dawning, but not once had I ever had any positive response from others to it. People had read this blog or that blog, got the occasional thumbs up, but never anyone that followed up or in with that perception. And here was somebody who did, and adamantly so. But she also wrote about the complacency of personality observation, of waddling around in the conviction of observation in and of itself as reaching the end:

“It seems that Osho had just been too good at freeing us from our past with its gagging moral codes, from guilt and shame brought about by conventional Western upbringing and the resulting fixation on worldly success. The new situation we found ourselves in with our own precious selves constantly being the centre of our attention was much too tempting to start wasting time seeking enlightenment – particularly because enlightenment was supposed to mean leaving behind the very precious selves that we were so busy working on all the time.”

Oh that second part got me too, because I saw people using it as an end all to all, but I simply -knew- it wasn’t, couldn’t. There -had- to be more than this. But in the presence of these people, or even their students, I felt held back, and discouraged to poke and peak beyond.

What to do? Shall I write her, send a message of recognition, just a hello, or shall I let it go and move on? But, move on to where? I am stuck, I am on retreat from my own process, eating cookies cause I got a mental booboo, an overload. End of the hall, no doors to open here, beeping loudly as I back the fuck up. A few days later I did email her, stating both my recognition and my frustration of loosing a cog wheel in my process somewhere. And after a few emails we had a skype session and I entered into studying Advaita Vedanta, traditional I add. Well ok, exploring at first. Getting a feel for it, gently as I was still recovering from my emergency stop just weeks before.

Now, just a few months in, I am baffled how so incredibly many people talk and write, discuss, share, explore this path of self knowledge, of attaining to understand what life is about, or its meaning, and deeper into the exploration of the self, the true self, the real self, not just the identified self. Countless libraries filed with countless books about this topic, and many of the writers becoming quite famous, but hardly any single one says: Advaita Vedanta. While as I read more into what it is about, and get a mere glimpse, a fraction of the vast scope, how it not only describes clearly that this is about not just waking up (where most writers sort of keep hovering up to) but also about enlightenment itself, and the very process how to get there. In detail, described, and also, how to not get there, what is blocking you from doing so!!!

I am so surprised by how elaborate the descriptions of it all are, and how nearly no one talks about it! It is right there, many hundred of years as consolidated scriptures, and many thousands of years more before. How this is not a surface/common topic, how hardly anyone even hints at this amazing amount of knowledge, and so far in, how accurately it describes many of the things I’ve been dying to contemplate further, talk, discuss and share about for so many years but usually finding deaf ears and glazed over looks, and occasionally telling me I was nuts for even going there, or not telling me but avoiding me all the same and me them. And then to find this super vast culture of exploring -all- of it! And, taking into account everything, classifying this and that, ignoring nothing, shunning nothing, dissing nothing, just simply stating this goes here, and that goes there, this is this, and that is that, explaining and explaining and explaining. And, how you get to see, that by posing the question differently, you may actually get the answer you seek.

And I’m just standing at the foot of this big ol’mountain of it, of sheer knowing and exploration, barely able to oversee it. But getting such an insight into the size of it, and the depth, the breadth. I mean ‘you/me/we’ talk about Incas and Mayas, all these cultures and their ways, calendars, genetics, Astrology, Meditations, Rituals, pilgrimages, workshops, methods, structures, satsangs, different authors, courses, so incredibly many different things to do, as all of them point at pointing at the moon, but none of them actually even point -at- the moon.

It is so weird to find out how unintentionally so many people are so incredibly mislead, believing this or that, and that. Me included. As we hang on the lips of those who do point to pointing, as we celebrate some of the great pointers to pointing. And seeing, in hindsight, how many of the more revered pointers are classified as Advaita or it’s derivitives by Sarlo, but hardly anyone says, it is because of Advaita, Advaita is the way or the underlying structure of what I am saying. I mean what the … why not?

So I’m saying it now, traditional Advaita Vedanta is actually pointing at the actual moon.
But hey, don’t take my word for it, maybe/perhaps you’d like to find out for yourself?

1 thought on “An Ode to Vedantic Teaching”