From these considerations it may be seen that the boundaries between the normal and the abnormal, psychology and spirituality, medicine and metaphysics are not so well defined after all; they are not so (separate and apart) in principle, despite the attempts of modern Western science at so dividing and separating them. Our age is one in which empiricism, along with individualism and humanism (these last two almost equivalent, interchangeable terms), its ideological or philosophical underpinnings, still holds sway, although perhaps in its last, declining, phase.

There is no question as to the strengths of our scientific-technological age, its achievements both in terms of quick returns at the out-put (efficiency) and sheer quantity, quantity of life included. This is not the place to go into what has been lost to our civilisation concerning quality, concerning values that are not so readily measurable but whose effects –we mean the losses- can now be seen everywhere by everyone. Man, Western man particularly, has stolen the ‘light from the gods’ and now we are living with the consequences of that theft.

Degrees of helplessness and hopelessness
(no help, no grace, no light) 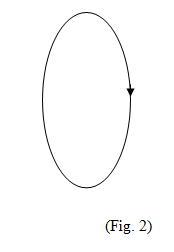 Frustration (fear, anxiety) at not finding or meeting expectations: failures, disappointments, ‘put downs’; perceived faults or defects, weaknesses, in oneself.

Resentment (through ignorance, both active and passive)

Mechanisms of defence of the ego

1. Denial (active ignorance) of root cause, because of threat to ‘ego’ (-image), its program and web of self-justifications.

3. Repression (passive denial or passive ignorance) of true state of affairs; not repression of feelings, but of truth or reality, i.e. the refusal to recognize true causes, conditions, and the means (subterfuges, projections, etc.) put up or attempted in self-defence, to shore up the ego.

Ego perceives itself as weak, but rather than experiencing self-contempt (inadmissible) reinforces itself (puts on armour): feels embattled, cornered, subject to abuses; fights against all comers.

As suggested above, there are degrees in the manifestation of symptoms, as there are in the subjacent ‘illness’ (un-wellness, disharmony or disturbance).