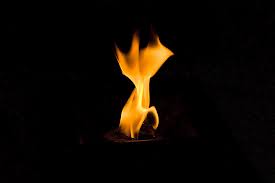 Pramāṇam the word means, “means of knowledge”. Pratyakṣam is direct knowledge – indriya viṣaya sannikarṣa jñānam – the knowledge gained when objects come into contact with the five sense organs, viz., sight, hearing smell, taste and touch. The sequence in which the senses are listed is meaningful and relevant, as it goes from gross to subtle. Eyes can see hundreds of meters; ears can hear within tens of meters; nose can smell upto a few meters; taste and touch have to be immediate and intimate.

In knowing, the means and the knowledge, there is no option –one has no choice over what one sees, the moment one open’s one’s eyes.

As the object, so the knowledge, true to the object, and therefore knowledge is called “vastutantram”. We live our lives true to the knowledge gained from operating these senses. For example, if we “see” a cow in the middle of the road, while driving, we swerve and avoid hitting the cow. We do not, even for a moment, doubt what the eyes report, or look for corroboration from other means of knowledge as to its truth.

Vastutantram can be restated as Pramāṇatantram (as the means of knowledge, so the knowledge), provided the Pramāṇam is valid. However, in instances such as blue sky, sun rise, and mirage etc. the knowledge that is gained by operating the pramāṇam appears to be untrue. That is established by the other type, “Indirect Knowledge”, which is based on the Pratyakṣam, the Mūlapramāṇam, but has further levels of analysis.

And then there is “sākṣi pratyakṣam”, yet another means of knowledge by which emotions, hunger etc are known.

Veda as a whole, and not merely Vedānta, is counted as one of the Pramāṇams, and it requires the seeker to be endowed with the infrastructure of reasoning as he has to use all these Pramāṇams in order to understand the purport of the Veda.

Vedās say that “You are the Whole”, and the “Subject and Object are one and the same”. This cannot be understood by operating the any of the 5 Pramāṇams. The subject matter dealt with by the Veda, is nitya aparokṣa, outside the range of the sensory field, and therefore not a subject to be known by either Pratyakṣa Pramāṇam, or the Indirect means of knowledge, since they are in turn dependent on Pratyakṣam.

It is only with āstikhya buddhiḥ, having śraddhā on the Vedās, can one accept revelations such as puṇya is sukha hetuḥ, pāpa is duḥkha hetuḥ. puṇya and pāpa are adṛṣṭam, outside the scope of the known means of knowledge, and only its effects in the form of pleasure and pain can be experienced. Even then the relationship between puṇya / pāpa and pleasure / pain is a matter of śraddhā.

Veda is neither scientific nor illogical – since it doesn’t make any statements that fall within the field/scope of science or logic. It has its own vision for the good of humans. It is anadhigata – non-contradictible, abhādita – non-negatable and hitārtha bodhakatvam – says what is good for the Humans. What it says cannot be negated by any other, for its subject matter is outside the scope of all the other Pramāṇams. One can’t even say one does not believe in Veda, for he has to have a basis/reason for his non-belief. One can at best say he doesn’t care, since that’s his privilege, without dismissing what the Vedās say. Vedās can neither be dismissed not proved – for it is above reason, but not irrational.

We shall see more on this in the next article.