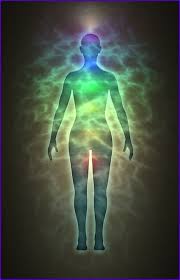 Now why is it apravishtha also? The act of entering takes place between two entities. And in this case there aren’t any two – Asti-Bhati-Priyam Brahman the gold and names & forms based ornaments are not apart. In conclusion, this act of entering (PravishthApan) between Brahman the gold and ornaments (objects) is not possible. PravishthApan has been introduced for the sake of ignorant seekers who cannot grasp the opposite concepts of pravishtha/apravishtha fitting in one section (adhikarana). The presence of all pervasive Brahman the substratum of all objects is not obvious to the seekers (mumukshus); they predominantly see names & forms only. The concept of pravishthapana is only a trick to:

This is all done for the benefit of seekers. The wise ones know that there is no such thing as pravishtha or apravishtha in Atma!

I have noted that the discussion on pravishta and apravishta from PakshapAta Rahita Anubhava resonates with the cause/effect discussion in Aparokshanubhuti by Y. S. Srinivas Rao. The fundamental idea is that VivartavAda – names and forms (effects) are only an appearance of Consciousness (cause), and since the effect is not different from the cause, there is no cause and no effect!

This is quite an important step for me in crossing from “I (the Brahman) am the witness of this world” to “I and the world/objects are not apart”. The final take away for me is that whatever you see (hear, feel…) is Brahman only!

1 thought on “Pravishtha and apravishtha (Does Brahman actually enter an object?)”