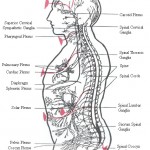 Table 1.  A Suggested Equivalence of the Arishadvargas, Passions, Chakras, Plexuses and Glands:

[Note:  This Table was prepared by me in 2006 and needs revision. Suggestions for modification / improvement are most welcome.]

Drs. J. Greene and J. Paxton of The Harvard University say from the brain imaging studies that “what separates the well-behaved from the poorly-behaved might not be the ability to control your temptations but rather what kind of temptations you have.”

Clearly it is the quality of your natural urges that wins over your ability to control. For example see the recent headline news story of 5th Sept 2012: Maine Girl Returns Lost Money. The mother has to think but the little girl Abbie didn’t even wink before she acted.

The story goes on to say: Ask yourself honestly: You find a big wad of cash on the ground, there are no surveillance cameras in sight, and nobody is watching you, what do you do? Jennifer Jacobson, a stay-at-home mom in Maine, admits that she had to think about it for a minute when her eight-year-old discovered $4,000 on the sidewalk by a Sam’s Club. As for her daughter Abbie? “It never crossed her mind to keep it,” mom tells.

Don’t we have it from Bhagavad-Gita itself “prakritim yanti bhutani, nigrahah kim karishyati (the living beings follow their own innate nature. What can repression do?”

The Harvard scientists have proposed a ‘Will’ Hypothesis vs. ‘Grace’ Hypothesis. ‘Will’  requires effortful action whereas  under ‘Grace’  things are done just naturally. If it is the former case, you have to control and resist with effort your temptation to keep the wallet and if it is the latter the urge itself isn’t there.

People with a problem in the right prefrontal cortex (behind the right forehead) will have difficulty in taking care of their own image in the society and they may act in ways detrimental to their reputation. In fact lab experiments show that low frequency repetitive transcranial magnetic stimulation on the right lateral prefrontal cortex diminishes our ability to control our urges. So blame the magnetic fields around (on the right side) in case your spouse caught you in that little temptation of yours for an extra donut!

We do not have to be specially proud of our ability to control our urges because we are human beings.  All animal species follow more or less the same molecular mechanisms of  self-control which depends very much on the glucose levels in the blood. The will power operates like a muscle. It can be strengthened by practice or fatigued by overuse. So do not hope to stick to strong determinations if you have an empty stomach. If you do, it can be at the cost of some other organs in your body.

Very recent work by Neuroscientist W. Hedgcock of Iowa University confirms that self-control is a finite source and gets exhausted by use. 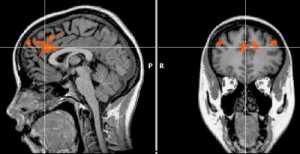 He contests the metaphor of a muscle and says it is more like a pool. Once the waters are dried up, we can hardly keep the cool when a demand is made on the resource. The source gets recharged in time especially in a low conflict environment.

Fig 4. Brain activity after self-control resources have been depleted (Credit: University of Iowa).

The anterior cingualte cortex recognizes a situation that demands self-control. It is the dorsolateral prefrontal cortex that actually manages self-control (see Figures 3 and 4).

Scientists of the Georgia university demonstrated a couple of years ago that self-control is contagious. Seeing someone with good self-control or even thinking of such a person helps you in your self-control. No wonder the ancient Indian system promoted satsangatya and held personalities like “Maryada Purushottama Rama (Highly Well-Mannered Best of Men)” as worthy of constant remembrance (smaran). Moreover, thoughts about bad men will also influence your ability at self-control negatively. It is said that the effect is so powerful that “seeing the name of someone with good or bad self-control flashing on a screen for just 10 milliseconds changed the behavior of volunteers.” It is also reported that “watching a movie showing violent acts predisposes us to act violently. Even just listening to violent rhetoric makes us more inclined to be violent.”

Religions play an important role in reinforcing the basic cognitive processes of self-control and thereby help in establishing valuable and peaceful inter-relationships in the society.

It is found that the neuronal circuits responsible for self-control are very sensitive to stress. Even everyday stress can shut down the brain. The prefrontal cortex has a special status within the hierarchy of these circuits. The prefrontal cortex is highly evolved and bigger in human beings compared to other primates. It matures rather slowly compared to other brain areas and develops fully only after teenage years are completed. This explains why the adolescent years look so irresponsible to adults. Naturally then, the teaching methods too should differ depending on to whom the Non-dual teaching is being addressed – little lads of 7 – 10 years christened brahmacharis after a ceremonious initiation to Vedic teaching or fully grown up individuals who have seen the travails and tribulations of life. These findings give the rationale of the apparently contrasting teachings about the role of self-control for liberation we have cited at the beginning of the article. It is now appropriate to conclude the article with the words of Swami Krishnananda:

“We enter a new world altogether when we wake up from dream or sleep. The achievement called ‘waking up from sleep’ is not the result of an action. This is why Acharya Sankara tirelessly hammers upon the idea that liberation is not an action, and it cannot be achieved by any kind of action. The reason behind this extraordinary proclamation of his is that what is to be achieved is so intimately connected with us that any activity of our personality cannot touch it; and moksha is nothing but an awakening into a wider reality which is already planted in us and is not external to us.

“Not the greatest of virtuous deeds can make us fit to visualise the cosmic form, says the Bhagavad-Gita towards the end of the eleventh chapter. Whatever be the virtue that we do in this world, that would be unsuited and inadequate for this purpose. Na veda-yajnadhyayanair na danair na cha kriyabhir na tapobhir ugraih, evam rupah sakya aham nrloke (11.48): Even the most terrific form of ordinary austerity, even the breaking of our head through the greatest of philanthropic deeds and services in the world – all these put together cannot be adequate for the purpose.”

3 thoughts on “‘SELF-CONTROL’ AND THE BRAIN”