We shall be studying two verses from Shankara’s Atmabodha where he answers this question and presents the logic that leads to this conclusion.

The (verse ii) here is the conclusive statement and (verse iii) is the logic that leads to it. Knowledge is here presented as a solution to a problem. What is the problem to which knowledge is a direct answer and solution? The (verse iii) identifies the problem as ignorance or avidya. It is interesting to note that (verse iii) does not use the term moksha. It instead equates the destruction of ignorance with the moksha that was promised as the direct effect of knowledge in (verse ii). What this means is that the destruction of ignorance or the generation of a state of knowledge is itself liberation. So, the word direct or sakshaat is used to mean a direct cause of an effect and also to mean the cause’s identity with the produced effect. It is in this that the direct cause is different from the other instrumental causes.

Ignorance is the state of aviveka. It is a state of non-discrimination between that which is (sat) and that which isn’t (asat). This takes us immediately to ontology, the branch of metaphysics that deals with Being. It raises the question about what it is for something to be and for something not to be. If ignorance is a confusion about being and non-being, then knowledge must be the correct realisation of what has enduring being and what does not. To understand this ignorance better, let us make use of the perennial rope and snake example. When a person sees a rope lying on the ground in the dark and mistakes it for a snake, he commits the fallacy of ascribing being or existence to that which doesn’t exist. Adhaysa is the superimposition of existence on to that which is not existent (the snake). Why is this instance of aviveka a problem? Why the need to get rid of it? Well, because it causes suffering. One reacts to the rope in the way one would to a snake. This has behavioural, mental, physical and other consequences. In short, and to repeat, it causes suffering. And suffering demands liberation. What can bring liberation from this suffering to this person in this situation? What if he tries to run away from it or tries to kill it or tries to capture it (or uses some other such method of liberation)? No matter how hard he tries and no matter how long, he cannot act upon it in a way that relieves him of his problem. This is because his karma will also be ignorant. And (verse iii) is quite clear that action can be ignorant, because action is not the opposite of ignorance. The only way out is to know the rope for what it is. Maybe look closely? Use a torchlight? (notice the instrumental role of action, when rightly performed). Once it is realised that the snake is indeed nothing but a rope, all the snake-based karmas that were forming and beginning to take effect in the person immediately burn themselves up. One is free! If he were to look at this misapprehension of his in retrospect, he would realise that there was nothing to be free from in the first place. Both his bondage and his liberation were nothing but mithya or asatya. Indeed, if liberation can be spoken of, it was in his case nothing but the realisation of something for what it is. This is essentially what (verse iii) is logically stating. Action cannot rid us of ignorance (in the final sense) because the problem at hand is a problem of knowledge and not one of action. Action itself can be ignorant but knowledge cannot be. For it is the nature of knowledge to be the opposite of ignorance. The other example he uses is the opposition of light and darkness.

The rope and snake example when understood in the larger, cosmic sense would mean this, and this is what the verses are teaching. Suffering in life demands a release, it demands liberation. But like the suffering of the person who misunderstands the rope in the dark to be a snake, the suffering experienced in the world is the result of misunderstanding what reality itself is. No action in the ultimate sense could bring about a release from this situation, just as nothing the man does with the rope, which he construes as a snake, can release him from his situation. The problem being one of ignorance, action has no power to resolve it. No act can shoo away a misperceived rope; the superimposed snake cannot be driven away from the rope no matter what acts one performs. It is only through knowledge that liberation from the bondage caused by ignorance can be brought about. Does this mean that once one realises the nature of Brahman one is instantly free of all suffering? Not in the least! Think about the man in the dark again who finally does realise the snake to be nothing but a rope. Would he not still suffer from a lingering fast beating of the heart, a risen blood pressure, profuse sweating and so on?

How the reality is identified as Brahman in Shankara, and how he tackles the questions of being and non-being and so on shall be the subjects of the coming posts. 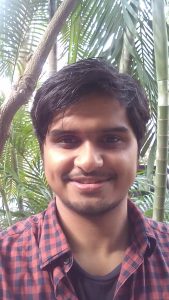 I am a graduate student of Philosophy at the University of Mumbai, with a research interest in Vedanta Philosophy, Sufi Metaphysics and Comparative Philosophy. My works have appeared in Prabuddha Bharata, Collaboration, Sri Aurobindo’s Action, and the Journal of the Muhyiddin Ibn Arabi Society. I am passionate about interreligious harmony, omnivorous reading, meditation, and coffee!

2 thoughts on “What exactly is it that liberates? Let’s ask Shankara!”