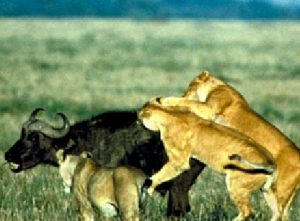 Man seeks refuge in philosophy usually when things are not working for him/her in the world. When s/he is desperate and exhausts all the means at his/her command, he searches for succor elsewhere, anywhere. Mind becomes palpably uncertain, agitated, and anxious in those times. The misery and sorrow that spring from having to helplessly watch the unsatiated hunger of their children, the endless destitution, disease and penury of their own, the daily grind of laboring in hot Sun for a pittance of a wage, the constant stress from the hawkish creditors who compound their struggles, make the parents desperately want someone who could tell them the purpose of their life and provide at least a ray of hope.

Easily will such people get attracted by and gravitate towards anyone and any system that offers the assurance of an invisible Savior, Protector and a mighty and merciful God — in short a dualistic philosophy. That teaching calms their minds and thereby rejuvenates their strength to face the drama to some extent.

In contrast, the texts on Advaita speak of not only surpassing sorrow but also attaining nothing less than “immortality.” Short treatises even graphically describe the prior miserable plight of the seeker who pleads for help and amelioration from his pathetic condition appealing to the mercy of his Guru for redemption. For example, we have in vivekacUDAMaNi:

O Master, O friend of all who reverently surrender unto thee, thou ocean of mercy, I salute thee; save me, fallen as I am into this sea of worldly existence, with a direct glance from thy eyes which shower nectarine Grace Supreme.  —  35 .

I am burning in the blazing infernal fire of this world-forest; I am being tossed around by the cruel storms of misfortune; I am terrified (within and without).  O Lord! save me from death; I have taken refuge in you, for I know no other shelter.  —   36,

Rare are the Non-dual teachers who upfront say that the human problem at the human level cannot be solved at all by Non-duality. If someone approaches with a severe headache, if we prove by some invincible logic that it is all an imagination and in reality there is neither a person nor a head at all, surely that may bring a smile to the philosopher but not to the guy who suffers. Same is the case with hunger, destitution, disease. People in pain, hunger etc. look for a cure at that level only. For them, the Non-dual teaching sounds like an escapism. As Vedantins, we may say that Advaita is an inquiry into the ultimate Truth and not a problem-solver at the phenomenal level. We may hold that one needs a priori a healthy body and a sane mind to be able to pursue the Advaitic inquiry.

I often wondered, “if so, is Advaita for the affluent and in times of plentitude only?”  It was my loud thinking that it could be the reason why Advaita prospered in ancient India (when all resources were in abundance and the population was scanty).  This hunch gets buttressed by the fact that now Non-duality is catching up in the Western world like USA, UK, Netherlands etc.

I raised this issue at a social network site (not in so many words as above, though). Dr. Greg Goode was kind to react to it. I share here what he said.

Greg Goode:  “I wouldn’t say that nonduality is a cure-all. It has definitely been used as escapism, and so have other aspects of spirituality.

Nonduality isn’t going to help improve things for an individual or society, because these notions and related forms of experience are called into question. That’s why in the traditional paths that include nondual teachings, the teachings come at the end. There is so much more to do, and so many ways to help beings lessen suffering.

Good point about the history of Vedanta in India.”

As long as one is hungry (i.e. needs an energy input) and still continues to breathe, s/he does need a thing that exists SEPARATE from and other than himself (food and oxygen).  The predator-prey conflict is inevitable and misery ensues with no uncertain certitude to the victim.

I welcome your thoughts.

24 thoughts on “Advaita In Plenitude Only?”