What if you are Happiness here and now? What if Happiness is your Svarūpam? Please pause to think about the profundity of this possibility….. 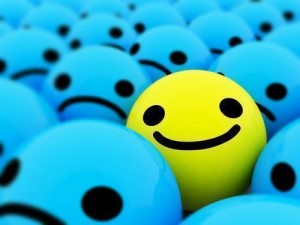 Ānanda – it is a nuetral state; it is neither Happiness nor Sadness. It is neither bliss, for ignorance can be bliss. Ānanda is a state of equilibrium when one is at peace with oneself and the world.

We can logically arrive at Ānanda as our Svarūpam. How? Let’s analyze.

Firstly, Sadness is not our nature, since it cannot be retained, no matter how deep the hurt is. We have been through many a saddening situations such as death of near one’s etc., and yet we seem to recover from it in a few days time; hence, Sadness is not my nature.

Secondly, One does not need a desire to be fulfilled in order to be happy – when we look at a child’s face, when we see a beautiful flower, when we see snow capped mountains, when we see river gushing in all its glory, when we see the Ocean with the waves constantly striving to reach the shore, we feel happy. There is no desire that was fulfilled at these moments, and yet we feel happy.

Thirdly, Happiness is not in objects and hence cannot be gained from it – if this was true, everyone at all times and at all places should be happy with a given object. There was a King, who was not happy despite all his comforts and wealth. He renounced his kingdom and all his belongings, save for a small bag and went to seek advise from a Sanyasi who was claimed to be a jñāni by the country men. The King told his story to the Sanyasi and asked him for help. Not even in his dreams did the King suspected what happened next. The Sanyasi, who was slim and fit like a fiddle, grabbed the King’s only possession, the small bag, and gathered pace even before the King could realize. The startled King took a moment to react, but was soon in pursuit. When the King saw the Sanyasi sitting under a tree some few hundred meters away, the King heaved a sigh of relief, and pounced on his Bag which the Sanyasi had placed in front. The King was obviously happy that he had gained back his only possession; the Sanyasi asked the King, “Are you happy now?”. The purplexed King answered in the affirmative, while the Sanyasi went on to explain his rather spurious conduct. “When you came to me, you had the bag with you and yet unhappy; now you seem to have gained the same bag and happy? Did the happiness come from the bag or was the situation a mere catalyst in making your nature which is happiness, to become latent?”. The wise King understood.

Lastly, no one complains when one is happy J Everyone is happy to be happy, and sad to be sad. It is only in one’s own natural state, will one find peace; hence our nature has to be Happiness.

Ānanda is my svarūpam. It is my intrinsic nature. We have wrongly concluded that money, objects, power, position, social status, relations, friends, parents, children, comforts, security, wealth, etc. are the source of happiness. They are not the source, but they create an ambience that brings out my Ānanda Svarūpam. All I need to do is to own up my intrinsic nature; at all times and at all places.

Point to ponder – if my nature is Ānanda, can I ever be angry? Filler with hatred? Be hurt? Experience Guilt? Think…

1 thought on “Ānanda – our Svarūpam”