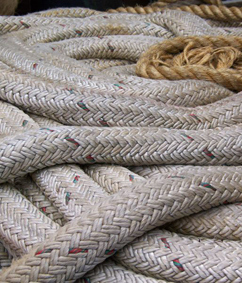 Adi Shaṅkara’s vision of advaita is most succinctly expressed in the following pithy statement: Brahma satyam, jagan-mithyā; jīvo-brahmaiva nāpara. (Brahman is Absolute Reality, satyam; the universe is dependent reality, mithyā; the individual, jīva, is none other than Brahman itself).

In this statement there is one word that has caused great confusion by being wrongly understood – much of the critical rejection of advaita (as well as the fundamentalist stand on non-duality adopted by some Western advaitins) can be avoided if this word is understood correctly. The word is mithyā.

Traditional advaita vedānta postulates two orders of reality: absolute and relative. The name given to the relative order of reality is mithyā, commonly mis-translated as ‘illusion’. Whereas the neo-advaita teachers accept only one level as valid (i.e. satyam), vedānta accommodates both levels. In the Taittiriya Upaniṣad it talks about two birds on the same tree: one enjoys the fruit of the tree, the other just witnesses. The Īśa Upaniṣad says that one should see everything as the Lord, but if that’s not possible due to attachment to the body then one should live a life performing one’s duty. The very structure of the Vedas themselves reflects this acceptance of a two-fold reality and prescribe (in the karma kāṇḍa section) the best way to live the worldly life and in the vedānta section it reveals the vision of truth. Satyam is the absolute level of reality, mithyā is the ‘as though’ real.

Now, this may sound as if advaita is no advaita at all, but in fact postulates a dual, dvaita, reality. This is not so. One traditional analogy given to explain the relation between absolute reality and mithyā is the relation between water and ocean wave. (Other illustrations used are clay and clay-pot, gold and gold-ornaments, fabric and dress, wood and furniture, etc.)

When we look out over the ocean we see waves of all different shapes, sizes, force, etc.

The advaitin asks: is there a substance called ‘ocean wave’? The answer is: No, an ocean wave is not a substance, i.e. it isn’t matter out of which things are made in the way clay is the material substance out of which a clay-pots are made, or gold is the substance of a gold-ring, fabric of garments, wood of wooden tables. An ocean wave, however, does have existence – a million holiday-makers around the world would assent to this existence. That which isn’t a substance, but does have existence is called a ‘substantive’.

The advaitin then asks: what is the relation between the wave and water: is the wave ‘on’ the water, or in the water? Answer: Neither of these would be a valid answer. Moreover, however long we search, we cannot locate the wave anywhere in relation to water. We eventually arrive at the conclusion that the wave is nothing but the form of water.

Initially there might appear to be two things: water and wave.

Can this thing called ‘wave’ exist independent of water? No it cannot: remove water and the wave disappears. Yet water continues to exist without being in the form of a wave. Wave is a dependent reality and water is independent.

‘Dependent reality’ (not ‘illusion’) is what is meant by the term mithyā. Absolute Reality – that which remains unchanged in all circumstances and situations and is not limited by time, space or other objects – is called satyam [literally, ‘the truth’]. In relation to waves, water is satyam: the same substance, H2O, is present as every wave. Water exists before the wave, sustains the wave, and remains after the wave has resolved. There is no part of the wave that isn’t water. Waves undergo constant change between inception and resolution, but water remains unchanged as H2O throughout. Water is the truth of every wave, the very self of every wave.

Extrapolating from this thinking, we discover that every perceptible thing can be reduced to a cause and is thus mithyā. We can therefore resolve every single observable thing – gross or subtle, living or non-living, sentient or insentient – into it cause and then resolve the cause into its cause until we arrive at the causeless cause, satyam, the Reality. The word for ‘real’ is sat and a-sat means not real. That which is mithyā, being dependent on some other cause for its existence, is asat, not real. The real, as we have said is timeless, the ‘not-real’ comes into existent in a moment of time (before which it was unmanifest in its cause).

A side-note on unreality: traditional vedānta uses two words to indicate unreality. ‘Mithyā’ is that which is neither absolutely real, nor absolutely unreal: as we have seen above, it’s a dependent reality, an ‘as though’ reality, which can be cognitively resolved into its cause. That which is absolutely unreal, on the other hand, is called ‘tuccham’ and covers such things that can never exist at all. Traditional illustrations of tuccham are ‘the barren woman’s son’, ‘mirage water’, ‘a hare’s horn’, ‘a square circle’ – none of these naturally exist. So absolute non-existence is not what’s meant by mithyā. Mithyā can be experienced.

We experience waves but know the fact that all we’re seeing is water: the power of the wave is the power of water, the volume of the wave is the volume of water, the temperature of the wave is the temperature of water. This is how the mithyā wave is resolved into its truth as satyam water. It would be crazy to dismiss the wave as non-existent: we can enjoy the surf and fear the tsunami. It would be unreasonable not to do so. The tsunami, despite having water as its reality, will be destructive. Similarly, to ignore the appearance of the universe, to ignore the prompting of the body, mind, emotions, energies and powers of perception and action is burying one’s head in the sand. It would be irresponsible to ignore the mithyā fears and angers and joys and jealousies by pretending they are ‘just an illusion’ and keep repeating: ‘I am Brahman, I am Brahman’. Nothing needs to be eliminated, says vedānta, just understood.

Having started off seeing only waves, then appreciating that waves are nothing but water, we finally arrive at the settled understanding that all we are seeing is water. We have cognitively resolved (not ‘dissolved’) the wave into its truth, water. Why do we say ‘resolved’ and not ‘dissolved’? Because there is no destruction of the wave: it continues to exist – either manifest or unmanifest – as a form of water. This is the power of the proper understanding of mithyā. Why do we say ‘cognitively’? Because we have no need to flatten the ocean to experience the water: even whilst experiencing the play of waves we know that what we’re seeing is only water. (Similarly, even whilst seeing the sky as blue, we know it has no colour. Even whilst seeing the sun rise and set, we know it does no such thing. Even whilst seeing the stick appear bent in water, we know that it is as straight as it was before it entered the water. All these demonstrate the gap between experience and fact.)

If we now return to Shaṅkara’s classic statement of non-duality we can, hopefully, start to understand it afresh: Brahman is Absolute Reality; the universe is dependent reality; the individual is none other than Brahman itself. We can now see that this is not saying that the universe is an ‘illusion’ or non-existent, it does exist in a dependent way. So we have three things here: the individual, the universe and Brahman. What is the relation between them?

Western advaita, and particularly neo advaita, takes the last bit of the statement – the individual is none other than Brahman itself – and stops there. So, having taken on board some understanding of this, they are declared to be ‘awakened’, but the universe remains unaccounted for. ‘I am Brahman. And this universe somehow only appears to be there…’ is not the full advaita vision.

Brahman is Absolute Reality; the mithyā universe is Brahman, the mithyā individual is Brahman. There is only Brahman.

In a following blog this three-step resolution will be explored in more detail. The intention of this one is to simply show that the universe or the physical, mental and emotional bodies of the individual cannot merely be brushed aside by declaring them unreal. Their relative reality needs to be understood and this understanding is key to moksa.

2 thoughts on “Clearing some myths about mithyā”