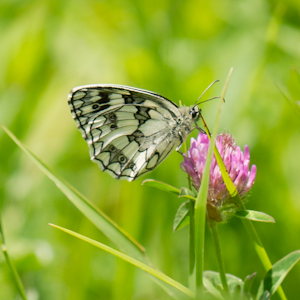 “Men believe themselves to be free, because they are conscious of their own actions and are ignorant of the causes by which they are determined.” (Spinoza. Ethics III)

The topic of free will is one which seems always to stimulate lots of discussion and some strongly held views. It occurred to me the other day that maybe this is because it is crucial to the sense of my ‘self’ as a separate entity. It is very important to ‘me’ that I should have the power of choice. If this is not the case, it somehow demeans who-I-feel-myself-to-be, relegating me to the level of an animal, forever bound by its inherited nature. It would mean that I am at the mercy of whatever chance events occur around me, reacting to them in an automatic, programmed manner, little better than a robot.I would much rather believe that I can choose freely in any given situation. Then, if I act according to whichever moral code I happen to believe in, I can deem myself to be a ‘good’ person. If I choose to do something that others may think ‘wrong’, I can at least rationalize this behavior to myself and still believe that I wanted to act in that way at the time. But ideas such as these are already pre-supposing that maybe our choices are not altogether free after all. From where do our notions of good and bad arise? And what is it that influences whether we desire or fear something? Even if the final moment of decision involves free will, do we have any control over which thoughts and ideas arise to contribute to that decision? Are we free to choose whether or not we desire something? If not, and our so-called choices are based upon desires (in whatever oblique or convoluted manner this might be), then free will would appear to be something of a misnomer.

If you observe the arising of thoughts in the mind, you are forced to concede that ‘you’ are not instrumental in those arisings. Either they simply appear, unbidden, without any apparent cause or they are themselves triggered in an automatic manner by a previous thought. As Timothy Freke and Peter Gandy put it: “Your thoughts come and go of themselves. You aren’t in control of them. This becomes particularly obvious if you try to stop thinking, because you will find that you can’t! Thoughts arise whether you like it or not. So if you’re not the ‘thinker’ of your thoughts, then you aren’t the ‘doer’ of your intentional actions either.”

[The Laughing Jesus: Religious Lies and Gnostic Wisdom, Timothy Freke & Peter Gandy, O Books, 2006. ISBN 978 1 905047 819. “…for the reader who has no prior knowledge of non-dual philosophies, part 2 can be recommended since the subject is presented in an appealing light which might stimulate further reading. The book overall is well-written and extremely readable.” (Buy US or UK) ]

Your personality, past history of education, upbringing and other conditionings dictate that, when a particular thought enters your mind, a related thought will follow in an automatic manner. If this is the way that it works, then it seems to follow that the decision making process must be a combination of uncontrolled events (new thoughts) together with mechanistic events (the effect of memory and conditioning on those thoughts). Where is free will in any of this?

In this brief look at what is an especially contentious issue in Western philosophy, I will consider the problem from several points of view: those of traditional advaita, those of modern satsang and neo-advaitin teachers and those of neuroscience. I will then endeavor to reconcile the seeming contradictions and show how we may regard the issue so as not to have to worry about it anymore.

First of all some definitions from Western philosophy – this is taken from a post I made to the Advaitin Egroup in 2008 as part of a discussion on this thorny topic.

The philosophical positions vary considerably. At the free-will end of the spectrum is the extreme Libertarianism of philosophers such as St. Augustine and Sartre. This says that, as long as we are physically able to do something, have the opportunity to do it and are not constrained from doing it by some outside force, then we may freely choose to do it (or not) without anything, inside or out, ‘making’ us act one way or the other.

Universal determinism is the general belief that everything that happens does so necessarily as a result of the causes that precede it.

Theistic determinism (or Predestination) claims that these causes are the will of a God or gods. Some variants of this allow that we ourselves may have some free will within the overall constraints. This is effectively what I understand to be the general view of advaita at the vyAvahArika level. i.e. our actions are largely determined by our karma but there is a limited scope for free will within this. (Karma can be seen as effectively the same as control by a god in the sense of being a ‘ghostly power’, although it can also be regarded as a sort of cause-effect principle, with the link between the two being somewhat unfathomable.) We ‘know’ that if we do something bad, we will get our come-uppance eventually, even if not until a later life. Ishvara is the one who determines when this will happen but it is always a direct result of what we did rather than His deciding that we need to be taught a lesson or be ‘tested’ in some way as was supposedly the case with Jehovah’s treatment of Job.

Fatalism is not quite the same thing. This maintains that some events (such as the time, place and nature of our death) are totally predetermined – nothing that we do can prevent these from happening – but for the rest of the time, the status quo is maintained (e.g. karma + limited free will). I am not aware of any scriptural support for this view.

Naturalistic determination is the belief that every event is the natural outcome of prior causes such as genetic and environmental factors (and that no god is involved). Soft determinism allows that some of these causes are our own desires, thoughts and feelings at the time of action (this is my own view – note that all of these theories only apply to vyavahAra as far as advaita is concerned. As we will see, this ultimately makes them somewhat irrelevant.) Hard determinism denies that our desires etc play any part. This is the view of people like B. F. Skinner (he of the salivating dogs).