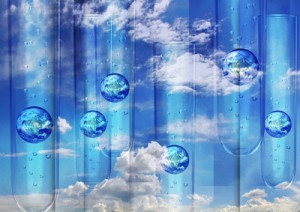 This is an invitation to reflect on the reality of one’s own self identity.

In the tradition of Advaita Vedanta the distinction between one’s three bodies is basic. For Westerners this way of looking at things requires a change of thinking. For example it actually makes a big difference to distinguish between the gross, (here physical), and the subtle body. Why? Because it helps to make it blatantly clear that the physical cannot possibly be our own self, i.e. we cannot possibly be the physical body, which is inert matter.

The human physical body is matter, consisting of flesh, fat, bones, liquids etc., in a bag of skin with adjuncts made of callous matter like hair, teeth or nails. We can see this body in the context of the material universe consisting of other physical bodies composed in similar ways. Mammals’ bodies consist of similar components, other animals’ bodies consist of less similar, but not altogether different, components. Plants, stones, metals, man-made things and physical phenomena like clouds, volcanoes, deserts or cyclones, again consist of different, but also not altogether different, components. Sometimes one or two of them seem to be missing, like water in a grain of sand, crystalline material in a jelly fish, or fire in ice. Yet, even if the specific compositions may vary, you come across the same components again and again.

The human subtle body is about functions – sensing, acting, generating energy, thinking/feeling. We can see it in the context of the subtle universe consisting of the totality of all such functions in living beings. There are rudimentary subtle body functions in inanimate phenomena too, often difficult to detect.

Your subtle body seems to be much less defined than the physical body, there seem to be so many different aspects to it and, as it is not visible, it is not always clear whether one aspect belongs to one’s own subtle body or rather to another one. Imagine yourself playing football all by yourself and compare that to when you play as part of a team. Is not the energetic level automatically higher because you are surrounded by team players? Is it your subtle body that you experience or have you plugged into the subtle body of the group?

Or remember meditating alone in your room. Do you not experience that ‘your’ meditation went so much deeper when meditating with a group of meditators? Is it your subtle body that you experience or have you plugged into the subtle body of the group?

Yet you consider yourself as an individual mixture of functions, different from all other mixtures on this planet. Fair enough, but again this is only the perspective of this particular phenomenon in regard to other particular phenomena. And if your subtle body could make a statement it would say: I am part of the subtle universe but I am different from other subtle bodies of the subtle universe.

Accordingly we can look at ourselves either from the individual perspective or from the perspective of the larger universe and from that perspective realize that we are not as separate as we are used to think.

As much as we have a gross physical universe and a subtle universe, we also have a causal universe, consisting of causal matter. As the term suggests, causal matter is the cause. For what? For the other two universes. What is causal matter supposed to be? We do not have a third form of matter here but simply the unmanifest version of any kind of matter. According to Vedanta (and science, and logic) nothing can just suddenly appear out of nowhere. Everything is either manifest or unmanifest but it definitely IS. And what exactly is this unmanifest ‘stuff’? Basically it is the law and order that makes it possible for a universe to manifest.

Now, why do I start talking about the causal universe instead of referring directly to the causal body as I did with the physical and the subtle bodies above? Actually ‘causal body’ is just a name, there is no such thing. Regarding the subtle body, we already saw that it is not easy to always exactly to determine where it ends and where the collective subtle body starts. Regarding the causal body this determination is not just difficult it is impossible. But as we cannot exclude the individual from the causal universe there has to be a name referring to the individual level. That’s why it is called causal body.

Looking at your individual reality from the causal perspective it is obvious that there cannot be an individual causal reality. Why not? Universal law and order is in and through everything just like space. Nothing can be excluded from it and everything is subject to universal law and order in the exact same way. It is not that there is a different law of gravity for you or for an iron ball or for a feather, it is the very same law having different results.

So, no individual level here. In fact, where actually is the individual? And without the individual, where is the universal? Would there be a universe without any of those orders?

The causal is the unmanifest cause of anything: without cause no effect. So in the end of this analysis anything perceived can be reduced to just this: cause, i.e. law and order.

In Advaita Vedanta there is another term for this universal law and order, it is called Ishvara or Saguna Brahman. These are two different names for Brahman seen with his power to create, called māyā. If Brahman is seen without this power, Brahman is called Nirguna Brahman. Both names indicate Brahman.

Although Nirguna Brahman can certainly be known as Self but it cannot possibly be inferred by the mind. Saguna Brahman, however, can be inferred logically the way I have done above. In that way understanding that I am Ishvara is possible by applying logic.

So, why not simply start and see yourself that way instead of constantly confining yourself to some fake place within the universal law and order? It simply is not true, there cannot be such a place. And it makes your life so hard to continuously try and keep up this wrong notion. Not to talk about the implications of it, for example having to defend your fake place against all the other imagined fake places or entertaining the notion that anything has to be different from what it is (and you having to make sure that it becomes different). This last notion can dissolve in the knowledge that absolutely everything is within the order.

So if you can follow the logic, do not dismiss it as ‘only intellectual’. Take it seriously, it is the truth. This understanding is not the end of the journey but if you dismiss it, it cannot serve as the beginning of its end. If on the other hand you take it seriously you will still have to go on deepening your understanding, but you will do so in a much more effective way.