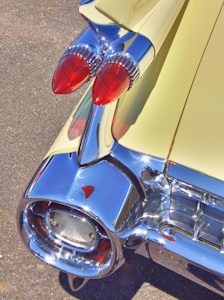 I was on the “spiritual quest” for more than 12 years after success in the material world did not keep its advertised promise of lasting happiness. I started my quest with Greek Philosophy, Krishnamurti, Taoism, Zen, Neurological Science and Physical Science and had read more books and attended more “satsangs” than I can mention without being thoroughly embarrassed. The quest led me in the final stages to “Neo-Advaita” and then in the end to Vedanta. I had spent the considerable amount of 3 -4  years in meetings – with so-called “Neo-Advaita“ teachers such as Tony Parsons, Karl Renz and only very recently had developed an interest in traditional Vedanta teaching. There I had spent some short time with the books of Dennis Waite whose friendly input had led me to Swami Dayananda, Swami Chinmayananda and in the end to James Swartz. I have no profound knowledge of Vedanta teaching methods nor an encompassing view of Vedanta, but can only report the impact of Vedanta once revealed by a true teacher such as James Swartz.

The background of the teaching

The name is a combination of “Veda” meaning knowledge and “anta” meaning end. Vedanta has two meanings: an exoterical and an esoterical. The exoterical meaning of Vedanta is basically referring to the location of the text and is a synonym for that part of the Veda scriptures known also as the Upanishads which form the concluding portion of the four Vedas. Therefore they are called the end of the Veda containing the essence of Vedic teachings. The esoterical meaning points to the fact that Vedanta brings about the end of the search for knowledge. The main source texts of Vedanta, the Upanishads date back to the mid-first millennium BCE and are probably even older due to the oral tradition.

Vedanta – to put it very simply – has been a pragmatic and effective tool for thousands of years for gaining self-knowledge or, to put it more correctly, for removing the ignorance about ones true nature as limitless awareness. Vedanta is a dualistic means of using concepts to destroy false concepts about the nature of the Self. And in the process both the correct idea and the erroneous idea disappear into the vision of oneself as non-dual reality. The heart of Vedanta is a number of teaching methods, found in the Upanishads and used by the teachers of the tradition to communicate the vision of non-duality.

Vedanta has an immense depth describing our true nature and the nature of existence. It only focuses on removing ignorance and not on creating a complete philosophical system.

There is no real definition of Neo-Advaita, so I will  come up with one for the purpose of this essay. It is the message that “All is One” or “Not-Two” which reflects the actual Sanskrit meaning of the word Advaita where Dvaita means Dualism and “A-” is a negating prefix. But it is just this message and nothing more.

There is no teaching method, no tradition, no scriptures and no coherent teaching style. Also there are no qualifications needed for a seeker or for a teacher since “all is one”. It is usually sufficient that the prospective teacher publishes a well written primary book about his personal enlightenment story with some insights and thoughts about existence (e.g. “The Open Secret” for Tony Parsons, “Life without a center” for Jeff Foster, or “Das Buch Karl” for Karl Renz) which validates their enlightenment claim and gives them authority to hold their subsequent seminars, retreats and meetings. Most subsequent books do not have any structured content but are transcripts of Q&As of their meetings similar to Nisargadatta’s “I am That“, which seems to certify and give validity to this style. This also means no real structured writing effort is needed after a first successful book.

Neo-Advaita teachers such as Tony Parsons and Karl Renz never speak of their spiritual search following other living or dead teachers although all of them have attended meetings with other living teachers or have followed one guru. Usually the only hint that they have searched can be found in their first book describing an enlightenment experience or event solidifying their claim of being enlightened.

Others try to get validity by referring to Ramana Maharshi, Nisargadatta Maharaj or Papaji (H.W.L. Poonja) as their lineage, but none of those teachers ever have “inaugurated” or mentioned a spiritual successor.

Few of the Neo-Advaita teachers call themselves teachers which seems fair, since they focus on communicating in many different variations mostly one non-dual message – “All is one” – and have never built up a consistent teaching method. All of them write books or sell retreats and seem to get the majority of their income from their “non-teaching activity“

My experience with Vedanta is based on the books and YouTube-Videos of Swami Dayananda as well as the books, essays, YouTube videos and a weeklong retreat with James Swartz. Both teachers have very structured lectures with a specific sequence and logic so that the intellect has no way out. It has to sign up to the logic step by step and will consequently and inescapably lead to self-knowledge.

Swami Dayananda and James Swartz are by no means dry but just the opposite; they have the god-given capability of greatly entertaining a crowd. The seminar with James was really funny, with a lot of laughter, honesty, authenticity and closeness.

But, through all the fun, the immense depth of the teaching shone through. This depth was based on source material which has been accumulated over more than 3000 years, enabling him to answer each question that the intellect might have, from the creation of existence up to why the individual feels separate, or on why an individual is searching and the nature of enlightenment.

Accompanying the lectures, there are always Q&A sessions helping the seeker to dig deeper into the statements and the concepts given in the lectures.

The teaching style consists of a meeting where the “teacher” answers any random questions that the crowd comes up with. There is no structure nor any knowledge communicated in a logical manner, only specific slogans and insights given by reacting to the questions of the audience.

The teachers are good stand-up comedians and can entertain a crowd very well. It is really fun to spend time in those meetings.  The apparent reality – such as the individual seeker and physical laws – is usually consistently denied and the focus is on the one and only message: “There is only Oneness”. Here are some example statements from Tony Parsons from the many meetings I have attended:

The content of the answers are not dissimilar to the answers in Vedanta on the final truth but there are some key differences and it does not have an all-encompassing body of teachings and may not have enough depth and meat to quench the thirst of the mind for knowledge. Very few Neo-Advaita teachers have actually ever taken the stand of stating: “I am limitless consciousness” in a meeting. They often talk about oneness or consciousness being this or that, but never state who they are. This may imply a lack of direct self knowledge.

Only the advanced and highly qualified seekers, who have found answers to more than 99.9% of their painstaking questions, may stumble open the one final answer that will set them free in a Neo-Advaita meeting. Neo-Advaita represents a very comfortable position for teachers as well as seekers. Neo-Advaita does not ask for any qualifications of the seeker or of the teacher. It is an ideal teaching style for teachers who want to earn money without any investment into developing a teaching method or into understanding an encompassing view of existence. It is ideal for seekers who want to get on a spiritual group high without having to evaluate their qualifications for enlightenment and maybe coming to the unwanted conclusion that actually some action and effort might be required to qualify. Such a cumbersome action might include working on current psychological problems or moral maturity before even considering a spiritual path. In that sense Neo-Advaita gives out the final message without considering if the mind is qualified or ready to understand it.

Some of the Neo-Advaita statements can however lead to false assumptions and even depression. The statement “This is all there is“ points away from the seeker, who then may still be looking externally for “This“ and does not see that he is actually Awareness. The finger points in the wrong direction. The fact that the neo-advaitin teacher does not accept the “person“ as an apparent reality can frustrate the seeker and lead to his believing that something is terribly wrong with him, since his reality is that of separation. Instead of accepting that the apparent person is just a mirage created by ignorance, this apparent reality which definitely exists on an empirical level, is denied by Neo-Advaita. In that sense Neo-Advaita has the same level of maturity as a man who stubbornly denies the existence of rainbows or shadows because they are only an appearance.

If a qualified teacher is teaching Vedanta, I can not foresee any risks. I must apologize for being biased and subjective but, once Vedanta is unfolding, there is no way back, and a sense of security and comfort will appear together with a rock solid confidence that this teaching has only one purpose and only one end: Freedom.

Neo-Advaita is a comfortable, spiritual, stand-up comedy. Seekers get high on positive group energy, have fun and usually enjoy themselves – and this may last up to a couple of days after the meeting. There is nothing to say against that. The chances, however, that this path will help a seeker to understand his true nature with confidence are as high as is finding a needle in a haystack. It is a gamble at the roulette table. There is nothing to say against some fun time in spiritual Las Vegas with Neo-Advaita.

Comparing “Neo-Advaita“ with Vedanta is like comparing a one-page cartoon with an Encyclopedia. The cartoon can be real fun and may help find some answers but it is very limited and has no depth. The Vedanta Encyclopedia has been tested for several thousand years and has set many thousands of people free. The only reason of existence (raison d’être) for the Vedanta teaching is to set people free. It is setting people free as we speak and will continue to do so successfully in the future. My conclusion is that if the student and the teacher are qualified; there is only one way out with Vedanta: Liberation.

Tan Erol has been in several management positions throughout the years and has searched for happiness in a business career, in a family and in financial security. After these goals did not keep their promise of lasting happiness, he turned to spirituality and has searched for an answer in the teachings of Seneca, Lao-Tse, Theo Fischer, Zen and  J.Krishnamurti as well as in Neurological and Physical science. In the last stages of the search he spent considerable time with “Neo-Advaita” teachers such as Tony Parsons, Karl Renz and Jeff Foster. The experience with Neo-Advaita led him to the traditional Vedanta teachings of Swami Dayananda and James Swartz which finally removed his ignorance about himself.