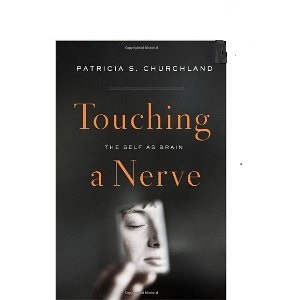 Way back in the sixties, that is over half a century ago, it was quite common to hear many spiritual teachers in India, haranguing to large audience how science was analytic and philosophy was synthetic in approach.  The strength of the ancient Indian wisdom, according to them, lived in its spirit of synthesis. So people were exhorted by these speakers to cultivate a habit of developing a conjoined view of diverse systems, rather than decompose them through a rigor of analysis. A current joke at the time was that a specialist was one who knew more and more about less and less until he knew almost everything of nothing.

Perhaps that approach was the need of the hour in India which had attained the status of an independent sovereign republic only a decade earlier through the coming together of many differently administered provincial units. But to extend that political logic based on the social needs of integration to the realms of philosophy and more so to Vedanta and pushing the spirit of questioning, almost derisively, to the bottom was an unfortunate development. How can I say so?

Well, see the result.  What type of mindset do many of the senior citizens of today in India  carry? These were, after all, the twenty somethings  – the most impressionist age group – of that time. Talk to any of them who are learned in Vedanta.  Though they are themselves highly proficient in science and well-learned in Vedanta, they would like to keep the two streams at arm’s length from one another!  They limit their Vedanta knowledge to the holy precincts of a temple or home and their scientific thinking to their office or lab. They seem to be able to cheerfully transcend the mundane dichotomy inherent in the thought processes of the two systems and exhibit themselves as shining stars who can co-exist with contradictions – never mind if some of their practices look hilarious to others at times!

An oft heard complaint of the Vedantins about science is that it is too reductionist. They forget that reductionism is only one of the several of its tools in demystifying nature. Its tool-box is multifarious.  If need be, science does approach a problem from a synoptic perspective. Many major discoveries have been made adopting such a process. The theories of continental drift, evolution, cosmogenesis immediately come to mind. Public health scientists, epidemiologists, and many others routinely follow a synthetic approach in deciphering causes in the spread of viral diseases. If hydrologists are to study a river valley turbulence, they do not go to reduce the stream water into its molecules and atomic components.

On the other hand, we find many Upanishadkars accepting a reductionist approach in guiding the seeker to brahman. The technique of apavAda (sublation) is a classic example of reductionism.

Yet, the scientist often faces the comment, “You reductionist,” from the philosophers – and more so from the Vedantins. The epithet gets thrown with a knot in the brow and a constriction in the nose as “though the word reductionist is in the same league as gestapo or arsonist or hired assassin,” as Prof. Patricia Churchland, herself a philosopher, bemoans the attitude of her ilk.

In a highly readable book, (Touching A Nerve – The Self as Brain) ***, that she has just published, Prof. Churchland has this to say on “Reductionism.”

Churchland says:  Reductionism is often equated with go-away-ism – with claiming that some high-level phenomenon does not really exist. But wait. When we learn that fire really is rapid oxidation – that is the real underlying nature of fire – we do not conclude that fire does not exist. Rather, we understand a macrolevel thing in terms of microlevel parts and their organization.  That is a reduction. If we understand that epilepsy is owed to the sudden synchronous firing of a group of neurons, which in turn triggers similar synchronous firing in other areas of the cortex, this is an explanation of a phenomenon; it is not denial of the existence of a phenomenon. It is a reduction. True enough, this brain-based explanation of epilepsy does supplant the earlier explanations in terms of supernatural sources. But its success is owed to its having vastly greater evidential support.

Some things people have thought actually exist probably do not – like mermaids, vaginal teeth, demonic possessions, and animal spirits.  Finding out the nature of things sometimes results in discoveries about what does exist or what does not. Some things that humans did not suspect exist do in fact exist. The existence of so many extinct species is surely even more amazing than finding out that there are no leprechauns.

Scientism is the label sometimes slapped on those of us who look to evidence when we seek an explanation.  This label, too, is meant to be insulting and is apt to be followed up with the accusation that we stupidly assume that science is the only important thing in life, that nothing but science matters.

Woe is me. Of course, there is much in life.  Of course, science is not the be-all and end-all.  Science is an extension of common sense. It is commonsense gone systematic. Einstein put it well:  “One thing I have learned in a long life: that all our science, measured against reality, is primitive and childlike – and yet it is the most precious thing we have.” Slamming that comment as scientism would be nothing short of silly.

Bertrand Russell, philosopher and mathematician, has the last word:

“Even if the open windows of science at first make us shiver after the cozy indoor warmth of traditional humanizing  myths, in the end the fresh air brings vigor, and the great spaces have a splendor of their own.” BR in 1925 in his essay, “What I Believe.”

2 thoughts on “On Reductionism”