A quick recap of keys points from the previous article. 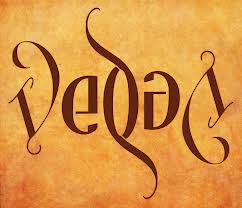 2. pramāṇam is of 2 types – pratyakṣam – direct, obtained by using the 5 senses; anumānādi – indirect, based on the direct but using reason. Both these pramāṇams are nitya parokṣa, and operate on everything other than the subject.

3. Knowledge is vastutantram – as the Object, so the Knowledge; and Knowledge will take place even if there is no intention on the part of the Knower since there is no will involved.

4. veda as a whole, and not merely vedānta, is counted as the 6th pramāṇam, as it gives Knowledge about the “Self”.

5.veda is neither Scientific nor Illogical – since it doesn’t make any statements that fall within the field/scope of Science or Logic. One can’t even say one does not believe in veda, for one has to have a basis/reason for one’s non-belief. vedās can neither be dismissed not proved – for its above reason, but not irrational.

Knowledge can either be about kriyā (action) or a vastu (thing). If we analyze the Knowledge gained from pratyakṣādi pramāṇās, we will understand that it is all really nitya parokṣa, and, whatever Knowledge it reports, be it kriyā or vastu, is only sāmoohika, which we accept for transacting in the world. To explain what we mean by sāmoohika, let’s take the example of Now; now he is doing his Ph.D, now he is on Holiday, now he is writing his exam, now he is signing a song etc. In the various examples the word “Now” could mean anything from a few years to a few minutes; it can mean even a few Nano seconds. Thus we see “Now” is made of numerous smaller units of “Now”, and what we understand, accept and transact as “Now” is only sāmoohika. “Now” is, really, timeless.

Everything is parokṣa – Object – including this body – the brain, liver, kidneys, skin et al are parokṣa in reality. That’s why we do not translate “jagat” as world, for “jagat” includes this body mind sense complex, while world means everything outside of one’s body.

vedānta’s subject is nitya aparokṣa for it talks about the Subject who is self evident; and that ātmā is also the ekaṁ adviteeyaṁ brahma. This is not belief, and this knowledge is not for the knower. One needs to let go of the knower and not sit in judgment. There are many conclusions that one has come to over the years; one’s sex, age, status, colour etc. are all conclusions. These conclusions should not be allowed to interfere when one listens to the pramāṇam. One needs to allow the śruti pramāṇam to work, just as one allows the Eyes and the Ears to operate without interference, for the Knowledge given by the śruti pramāṇam has to happen here and now. This is not surrender to the pramāṇam, but just prudence.

Knowledge of karma is a means for an end, while knowledge of nitya aparokṣa is an end in itself. karma jñānam can be such that both the means and end are anadhigata, as in performing a homa for svarga, or means is anadhigata and end is known, such as in the case of performing śrī sūkta homa for Wealth, or the means is known but the end is anadhigata, such as giving donation for puṇya. Incidentally, if veda speaks of any other Knowledge which can otherwise be known through the other 5 means of knowledge, then those statements are to be treated as arthavādavākyās where veda pramāṇā’s tātparya is not there.

As regards the nitya aparokṣa jñānam, there is an element of both known and unknown; I, the knower, am known, but what I seek is unknown at this point in time. The seeking is not out of pleasure but pressure due to self inadequacy. This sense of wanting is due to identifying Myself with the body mind sense complex.

vedānta is not a theory or a possibility book, it is accepted as a pramāṇam. It cannot bless you with its knowledge unlike a medicine. If you operate the pramāṇam, then you become the knower. veda says the meaning of the subject and the meaning of the object both resolve into one reality which is neither the subject nor the object. Therefore, the unquestionable śruti pramāṇam should just be allowed to operate from outside, in other words through a pāramparya guru; I say unquestionable because its subject matter is not within the range of any other pramāṇam.

ātmā cannot teach itself, for, if it could have, it would have done so by now and avoided this samsāra; instead ātmā is anumanta, one who blesses whatever condition there is, even if it happens to be ignorance. The words of the vedas are many, and all of them are needed to negate the galore of false notions that one has built. vedas say one is eternal as opposed to ephemeral, limitless as opposed to limited, all pervasive as opposed to bound etc. It is enough to understand that we are not as limited as our conclusions, for it is difficult to understand words such as eternal, limitless, all pervasive etc.

ātmā is neither just a blissful experience, for if it is so, then vedas loose their prāmāṇyam, nor it is a weird unique experience. Therefore, this knowledge itself is said to be naiṣkarmya siddhi All one needs to do is repeated śravaṇam, mananam and niṣṭha.