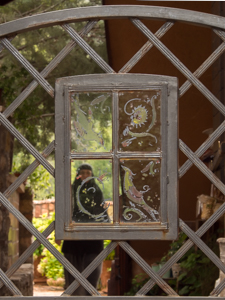 Q: Hello, I have a question. Professor V. Ramachandran, a neurologist at UC San Diego, in his research outlined that  the Temporal lobe in the brain, which when excited by electricity results in the individual having a religious experience where they “now understand the cosmos” and feel as one with it. This has been characterized in press reports as “The God Zone”   He tells in his book:  “It seems somehow disconcerting to be told that your life, all your hopes, triumphs and aspirations simply arise from the activity of neurons in your brain. Science— cosmology, evolution and especially the brain sciences—is telling us that we have no privileged position in the universe and that our sense of having a private non-material soul “watching the world” is really an illusion (as has long been emphasized by Eastern mystical traditions like Hinduism and Zen Buddhism).”

So according to modern science, there’s nothing spiritual or paranormal. Consciousness in any form is produced only in the brain. How do those new information fit in the Advaita?

By the late nineties the thrust given to Neuroscientific research through ‘The Decade of the Brain’ project was coming to an end. As a result of this concerted effort, illuminating light began to shine on many hitherto dark corners of the brain’s way of functioning – be it memory, emotions, thought process, neurological ailments or even the intractable mind-brain relation. The general atmosphere prevailing in those times was that of all round excitement and euphoria about the new findings which opened the doors to promising avenues of research in Neuroscience. Dr. Ramachandran made a name for himself with contributions to the advancement of our knowledge on the alleviation of pain from surgically excised limbs, synesthesia and even the application of neuroscientific principles to art and sculpture.

As a physician, Dr. Ramachandran had the opportunity to work with and conduct pioneering studies on epileptic patients. Epilepsy, as you may be aware, is known to man for millennia of years. It was christened as “The Sacred Disease” because of the fact that some of the epileptic patients claim to “have deeply moving spiritual experiences, including a feeling of divine presence and the sense that they are in direct communion with God.” The British Neurologist Dr. Adam Zeman narrates, in his 2002 book, the story of a truck driver who happened to suddenly suffer from epileptic seizures and consequently had to change his career. He became a successful priest.

Dr. Ramachandran discovered a correlation between the excessive neuronal activity in the temporal lobes of the brain and epileptic seizures. Irrespective of what the mass media might have said, Dr. Ramachandran was the first to deny any divine linkages to the disease or the presence of a God Zone in the brain, for as a natural science student, he knows that ‘correlations can never be inferred to indicate any causal relationships.’

In the intervening period of over a decade and half since the publication of the book on the Phantoms in the Brain, Neuroscience has made tremendous progress on many fronts. We have today undoubtedly much better knowledge about the causes and prevention of epilepsy. We know for certain now that there is no G-spot for God in the brain. We also know that there is no indication of the presence of an entity called ‘self’ in our brain, in spite of our strong belief in the sense of a personal ‘self’ within. Though Jill Bolte Taylor claimed that ‘self’ exists in the left hemisphere of the brain in her fascinating book about her 1996 hemorrhage in the brain, subsequent research did not show any evidence for this contention. The sense of ‘self’ is more like a floating point gateway node of neural networks for processing self-related information. And that’s what Advaita has been teaching for millennia of years – “your ‘sense of self’ is a mere illusion.”

Science has also proved that, as Advaita has been saying for years, our idea of possessing a solid body is just that – an idea. The Swedish scientists and others demonstrated in the lab how our concept of a self having a fixed body is completely fragile through the Rubber hand illusion and whole body illusion. We claim a rubber hand placed in front as our own when the real hand is hidden and both the rubber hand and the real hand are stroked at the same time. Our brain even begins to disown our real hand as can be seen from a drop in the temperature in that hand! Same thing happens with the whole body too.

We wrongly assume that what we call our body is a single unit. We are actually a Super-organism consisting of an assemblage of many different microbiota. In fact, the food we eat is not our choice! We cannot even digest what we eat. The micro-organisms living without light or oxygen in our stomach and intestines share it with us and it is they that help us digest and assimilate all that we consume.

Further, the developments in cognitive science have established that our mind and the sensory apparatus are totally inadequate to show what exactly exists ‘out there.’ As a consequence, it is realized now that there is a ‘disconnect’ between the reality and what our perception shows to us. What we perceive as the world to be present outside us is actually a ‘map’ we see within our own brain. The brain processes and assigns a meaning as the world, according to its own conditioned experience, to the various sensory signals received by it. Amazingly, this observation too coincides with what has been taught by Advaita — the world is illusory and only an imagination on our part.

Many of the Neuroscientists these days are veering towards the opinion that free will is only a convenient fiction adopted by the body-organism. Detailed brain scanning studies clearly show that our brain responds with a decision in a situation much before we ourselves are aware of taking a decision. Scientists have been able to predict the decision you are likely to take much in advance of your own awareness of it by calibrating the action potentials in your brain under laboratory conditions. It is also found now that the way you react in a situation can be manipulated remotely without touching you by altering the electromagnetic fields in your brain through transcranial magnetic stimulation. Research is on to see if the power of thought can be used for telepathic communication. Thought power is already being exploited for the steering of the chair of a quadriplegic.

A lot of scientific studies are being conducted on the effect of meditation on the brain. Depending on the technique used, meditation can have many beneficial effects on not only the mind but also the body. Meditation can help in relaxation and also to achieve certain behavioral modifications. This is very much in line with the advice from Advaita to practice meditation to have a healthy body-mind system.

When it comes to consciousness, however, as of today, Science in general and Neuroscience in particular and Advaita take one hundred eighty degrees divergent views. Though at the cutting edge level of basic research the situation is still fluid, it can be said that, broadly, science proceeds on the model that there is a universe and you are born into it and you are able to cognize it with your brain and mind whereas Advaita tells us exactly the reverse. Advaita holds that Consciousness is primary and anything perceived is only a modulation of Consciousness. The sequential order of what gives raise to which as per science and Advaita can be expressed as follows:

The important point to be noted, however, is that the meaning assigned to the word “Consciousness” in the two formulations above differs widely. Though the word is the same, what is understood to constitute consciousness in science is NOT the same ‘thing’ in Advaita. In Advaita, the word “Consciousness” stands for the inexpressible and attributeless ‘Beingness” indicated by the pointer word ‘brahman.’ As far as science is concerned, consciousness signifies our cognitive capacity. Thus it is foolhardy to believe that both science and Advaita are talking about the same ‘thing’ when they refer to ‘consciousness.’

Similarly, until recently, there has been no clear understanding on what constituted mind. There used to be two opposing schools of thought – one led by Nobel Laureate Francis Crick and the other by Nobel Laureate John Eccles. Dr. Crick held that mind was a creature of the brain whereas Dr. Eccles contended that the brain is controlled by the mind. Another Nobel Laureate Dr. Roger Sperry, however, “adopted a view diametrically opposed to that of Crick’s monist-materialism, yet was unwilling to accept the form of dualism advocated by Eccles. He concluded: Consciousness is conceived to be a dynamic emergent property of brain activity, neither identical with nor reducible to, the neural events of which it is mainly composed.” [We should note that in these discussions of the late eighties not much distinction was maintained between the words mind and consciousness.]

A majority of the scientists opine today that ‘mind is just what the brain does.’ However, there is yet no consensus among scientists on what consciousness is or how to define it.

Whereas no particular part of the brain can be characterized as the seat of consciousness, investigations on anesthesia show that “A small group of neurons near the base of the brain has executive control over the alert status of the entire cerebrum and spinal cord.” As you awaken from anesthesia, “the cerebral cortex (often thought to be the seat of higher human consciousness), was not the first one to turn back on when consciousness was restored. The more primitive brain structures including the thalamus and parts of the limbic system appeared to become functional first.” Thus we do not know if and where consciousness is in the brain.

Almost replaying the mind-brain conundrum, there are some scientists who believe that consciousness is an emergent phenomenon from the activity of the brain whereas another group of scientists think that consciousness is primary and is the fundamental basis of reality. Neuroscientists Christof Koch and Giulio Tononi along with the theoretical Physicist Max Tegmark “have embraced a form of panpsychism in which consciousness is a property of matter.  Simple particles are conscious in a simple way, whereas such particles, when integrated in complex computation, become fully conscious.” British Mathematical Physicist Roger Penrose teamed with anesthesiologist Stuart Hameroff to develop “the ‘Orchestrated objective reduction’ (Orch OR) theory based on microtubules (lattice polymers inside brain neurons), and a deeper level, finer scale processing. Orch OR suggests that microtubule quantum superpositions are ‘orchestrated’ by memory, synaptic inputs and natural resonances to enable functional quantum computation, resulting in Orch OR events accompanied by meaningful conscious experience.”

Michael Posner said in 2010 that “Consciousness is one of the great, unsolved conundrums of modern science. Where, if anywhere, does awareness reside? How, if at all, can it be explained? Is the mind separate from its body? Or does everything, ultimately, reduce to biochemistry and quantum physics, including our private, inner-most experiences of the world?” This statement is valid even today. Though, undoubtedly brain science has been growing by leaps and bounds these days, we are still scratching the surface. Only now new technologies like optogenetics, diffusion tensor imaging, magnetoencephalography, mapping neuronal connectomes in 3-D etc. are affording us scope to fathom the activity of the brain in greater detail. Hopefully science will be able to tell us more about consciousness in the near future. After all, science does not stand for a fixed laundry list of facts or widely held dogmas. Science is a living method of unbiased and incisive inquiry much like Vedanta and it is a modern day Upanishad under development. The last word is yet to be written.