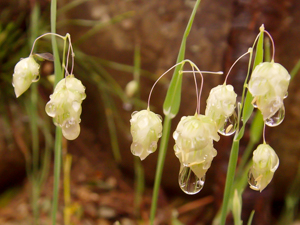 Kutastha, the pure Consciousness, is asanga (without any association) and avikari (immutable). This Kutastha is also the adhisthana (substratum) of “bhrama” (illusions- not to be confused with Brahman) of indriya-sharira (body- mind complex). When it gets associated (the association is only vyavaharic/transactional and not real) with mind through anyonya-adhyasa (mutual superimposition) it is known as Jiva. Kutastha’s reflection in mind “chidabhasa” alone cannot be the Jiva since it has no existence of its own without Kutastha – image in a mirror is not possible unless there is a face behind it. The mixture/combination of chidabhasa and Kutastha is also referred to as purusha in the the shruti above.

Jiva can be thought in terms of two parts: the bhrama part (chidabhasa) and the substratum part (Kutastha). When bhrama part is dominating, Jiva starts associating with the two bodies while the Kutastha is in the background. Jiva now considers itself to be a samsari bound by pleasures and pains. And when Jiva negates bhrama part and the substratum comes in the forefront, Jiva starts realizing “I am ChidAtma”, ‘I am asanga”…The point to note is that the knowledge “I am ChidAtma” is also mithya but just like one thorn removing another stuck in a toe, this mithya knowledge will do the job of destroying samsara – samsar-nasha.

When Jiva says “I am this or that….”, ‘I” has three meanings based on the context.

In case of an ajnani Jiva where Kutastha and chidabhasa are melted together through the process of anyonya-adhyasa, the resulting “I’ is the primary meaning. An ajnani cannot differentiate between the two – he wrongly identifies himself with gross and subtle bodies and comes to think of himself as a limited being bound by pleasure and pain. He carries his day to day activities based on this “I’.

In case of a Jnani who has vivek shakti (power of discrimination) to discriminate between the two, he uses “I” depending on the situation: When he asks his guru mundane questions like “Can ‘I’ go?” he is referring to chidabhasa; when he is explaining philosophical terms like “I am asanga” he is referring to Kutastha.

In an ajnani, the identification with the body/mind is so well ingrained that he does not need any reminders to remember his identity even when he is lost in the midst of a crowd. If one can remember ‘I am Kutastha” with the same conviction, one will be liberated even if one does not wish for it.

Per Shruti, Kutastha is self illuminating and directly-known (aparoksha). But at the same time, shruti refers to Kutastha as “this” in the statement “I am this” implying that it is paroksha (not directly- known). A story of “Tenth man” is illustrated to show how paroksha and aparoksha jnana can reside in Atma.

These seven stages (ajnana, avarana, vikshepa, paroksha jnana, aparoksha jnana, shoka nivritti & trupti) can be applied with regard to Jiva (Kutastha-Chidabhasa). Poor chidabhasa is so involved in samsara that he has no time to even be aware of Kutastha’s presence (ajnana). When there is a discussion regarding ChidAtma, he takes a position that it does not exist and if it does he cannot experience it (avarana). This is how ajnana creates avarana. Chidabhasa not only does not believe in Kutastha but now thinks that he is the karta (doer), bhokta (enjoyer) – this is vikshepa.

His guru points out to him “You are Kutastha” (paroksha jnana) – and by reflecting & meditating on what the guru pointed out, he has direct knowledge of Kutastha (aparoksha jnana). All his miseries due to his karta, bhokta beliefs leave him (shoka nivritti). He now is fully content “I have no desire; I have nothing more to accomplish, achieve, acquire or enjoy… …” (trupti).

These seven steps belong to chidabhasa only and all bandha (bondage) & moksha (liberation) reside in these seven stages. The first three (ajnana, avarana & vikshepa) are bandha stages. The remaining four (paroksha, aparoksha, shoka nivritti & trupti) are moksha stages. Paroksha jnana removes “asat-avarana” (there is no Brahman feeling) and aparoksha jnana removes “abhan-avarana” (Brahman is not experienced or manifest). Upon the removal of these two layers the idea of limited Jiva and the miseries associated with karta/bhokta go away. When the world of duality is destroyed, there is unrestricted everlasting satisfaction.

This supreme satisfaction is different from the one obtained from worldly pleasures where joy of fulfillment is aborted by the rise of another desire. Trupti is limitless, eternal fulfillment …. “Now I am truly blessed! I truly know Brahman! I am floating on waves in an ocean called Ananda Sagar!!!!”

(Brahman, Atma, Kutastha, ChidAtma all mean the same – note that “bhrama” is illusion not to be confused with Brahman)