This, is an extract from chāndogya upaniṣad. It declares, in effect, that you are the cause of the universe; you and iśvara are one and the same. Before we analyze, have a doubt-free understanding and assimilate this teaching, it is worthwhile observing that it is only the Advaita tradition that makes such a monumental empowering declaration. 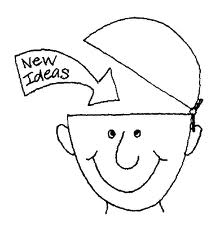 Supposing this (the teaching) was true, we would have gained everything that is to be gained in this life and hereafter; and supposing if this wasn’t true, what are our choices?  Every other religion, philosophy or cult propounds a theory that appeals to your sense of belief, separates you from God, postpones the knowledge about the truth until after your death, and enslaves you for exploitation. Not a very attractive proposition, is it? So why don’t we have śraddha (meaning, being open minded, and not faith or belief as is commonly mistakenly translated), and give the possibility of the teaching being true a chance, and allow it to operate without prejudice. Please, for God’s sake, and your own.

Neither does a cow have any complex about walking “nude” within the precincts of a cultured society, nor does a monkey has any complex about living on trees. However, being self-conscious and endowed with freewill to judge, the self-judging human being concludes, without adequate inquiry, that he is verily this body mind sense complex. He comes to conclusions about his colour, height, weight, sex, abilities, intelligence, status, etc., and has a complex, either inferior or superior, about himself, based on these conclusions. Even if he doesn’t, the Media, the Education system and the “civilized” society, make sure that he ends up with a complex. What he thinks of himself, and more importantly, what others think of him, becomes a source of guilt and hurt, thereby becoming the only reality that he constantly (and stupidly) trying to perfect. Picture a dog trying to catch its tail in your mind; that’s the state of this individual.

Now, to such a person, who is suffering from all kinds of complexes, combined with guilt and hurt, if the vedās declare that he is the cause of the universe and the only truth that there is, he is not going to take that seriously. He will keep seeking temporary and immediate reliefs, time and again and no matter where he gets it from.

Like even a person wearing coloured glasses, sees everything coloured, bearing all these (wrong!!!) conclusions in mind, one cannot see the truth about oneself.

For “sight” to take place, we need eyes that function properly, adequate lighting and a visible object. If all these are in place, the knowledge of the object will take place, whether you want to see it or not; that’s why we end up seeing things and people that we preferred we did not. Knowledge, therefore, is vastu tantram – solely dependent on the object; if correct knowledge did not take place, the fault lies only in the instrument of knowledge and neither in the object nor in the means of knowledge.

Similarly, if this teaching of the vedās did not give us the right knowledge on hearing it, we should anticipate that the problem maynot be with the truth or the vedās, but rather with our instrument of knowledge, which has been corrupted with wrong conclusions that have been acquired over many births.

What should I do then? Start with the purport of the teaching as working knowledge, take it for time being as true, and keep working on it until it becomes yours. For the teaching to work, it is very important to be open-minded, have śraddha.

That is why Bhagavad gĪtā says, śraddhāmayoyaṁ puruṣaḥ (B.G.17.3)