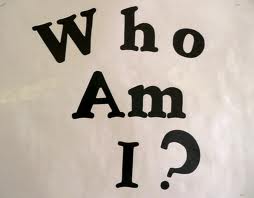 Having decided to have śraddha, an openmind on the possibility of the declaration by the vēdās that ānanda is our very svarūpa, our very seeking, and having understood and on that basis decided that mokṣa is the parama puruṣārtha of this life, and further having seen that scriptures are the only pramāṇa, means of knowledge, to mokṣa, let us commence our learning of the mahāvākya, the all important equation, one of which is “tat tvam asi”.

For any mathematical statement to be called an equation, we need to have 2 sides which appear to be unequal. For example 5+5 = 5+5 is not an equation whereas 6+4 = 7+3 is an equation. The mahāvākya “tat tvam asi” is an equation which can be mathematically expressed as tat = tvam. Here tat indicates īśvara, God,  and tvam indicates jīva, the individual.  In other words the śruti says īśvara = jīva, or God = Individual.

Now looking at this equation, anyone can easily spot that the 2 sides of the equation are patently unequal. How can īśvara and jīva be the one and the same? How can God and I be the same? Definitely not possible.

Not possible? But why not?

That’s because, īśvara by definition is sarvaśaktimān, omnipotent, sarvavyāpi, omnipresent, sarvajñaḥ, omniscient; and in comparison, I have limited potentiality, limited presence and limited knowledge. So its obvious that īśvara and I cannot be the same.

From the stand point of lakṣyārtha, we can appreciate that it is possible for Ocean and Wave to be equal, because essentially both Ocean and Wave are nothing but names given to forms of two different bodies of Water. Name given to a form for the sake of transaction is called mithyā; it is experientially efficient, but does not withstand analysis. The truth, the substratum behind mithyā is satyam, the reality.

We need to understand the meaning of īśvara and jīva from all dimensions in order to comprehensively understand their meaning, which we shall commence from the next article.