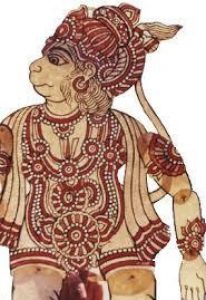 We have from kaTha upaniShad:

Meaning:   Atman (brahman) cannot be attained by the study of the Vedas, or by intelligence, or by much hearing of sacred books.

Meaning: Neither sacred baths nor any amount of charity nor even hundreds of breathing exercises can give us the knowledge about Self.

Meaning: Any action cannot destroy ignorance, for action is not a negator of ignorance.

Shankara tells us in Atmabodha that an action or a ritual we perform cannot lead us to freedom from the world. Actions (done with the involvement of either the bodily organs like pilgrimages, holy dips, charity, service, idol worship, rituals etc. or the mind like meditation, upAsana) are incapable of destroying ignorance which occludes ‘brahman’   from us.

We learn from brihadAraNyaka:

Meaning: This was indeed the Supreme brahman in the beginning. It knew only Itself as, ‘I am brahman’. Therefore, It became all.

It’s brahman, who out of Its own volition, chose to become all That-IS. Therefore, it is only brahman who can fold up the show and revert to Its pristine Original nature.

Gaudapada in his kArikA on mANDUkya explains:

Meaning: The self-luminous brahman through the power of his own mAyA imagines by himself within himself (all the objects that the subject experiences within and without).

Thus it is once again very clear that brahman imagines the manifold of multiplicity that we call the world. Therefore, it is up to It to wind up the imagination and return to Its natural position.

An analogy may help us in appreciating the import of the brihadAraNyaka quote above. Suppose a fisherman casts a net from his boat into the sea. It is up to the fisherman himself to decide when to fold up and pull back the net. Neither the wiggles and the struggles of the fish caught in the net nor anything done by the net will “pull” the net back into the boat. The net here is comparable to the phantasm of the world and we are the fish struggling within. The fisherman is brahman. So any practice observed or process followed by a spiritual aspirant has little relevance in deciding when brahman chooses to wind up the phantasmagoria of the world for the seeker.

From all that has been presented above, we may conclude that there need be no doubt that all that-IS and everything that happens is by brahman for brahman in brahman as   brahman and there’s precious little a “you” or “me” can do to end the drama. As though to remove even the last bit of reservation you may entertain in accepting that conclusion, a number of Upanishads unequivocally announce in a single voice:

Gaudapada too echoes that idea quoting that very same verse in his kArikA  on mANDUkya (II-32).

It is because of that reason, tradition holds that even the desire to inquire into the truth of this world and wanting to be free from it, arise out of the Grace from brahman. Shankara says in vivekacUDAmaNi,

Meaning: Very rare indeed are these three things and they happen only due to the utmost Grace of God — a human birth, a burning desire for liberation, and the blessed refuge of an illuminated sage.

Hence the spark of a desire for liberation from the world striking a seeker itself is considered to be a “pull” from brahman to fold up the fallacious appearance of a world and it is brahman Itself who provides the enabling factors like an appropriate teacher and so on.

It looks to me that the Non-dual teaching scenario in North America relies heavily on this “Pull” factor of brahman. The ‘satsang’ type of teaching methodology, the absence of any stipulations on the prior  requirement of a disciplined mind free from “individualism,” and the universal open access to the teaching of Oneness appear to have taken shape in the West based on the “Pull factor.”

A powerful ‘model’ that was used in the ancient times and continues to be in use even in the modern day in imparting the Advaita teaching of the “Oneness of all That-IS” is the shadow play on a screen. It was the “puppet show” that served as the most appropriate model in the good old times. The puppets were large specially treated leather characters (like in the picture at the top left), silhouettes of which were projected onto a screen illuminated from behind. The model, changing with the changing technology, moved from puppetry to the ‘cinema’ in the early 20th century. Today the apt analogy to teach Advaita is the computer screen sitting on your desk.

Suppose you are watching a movie on the computer screen. Even when you are seeing the movie, you are actually seeing the screen only. The screen is One but appears as though there is a multiplicity of characters and objects playing on it. The objects and characters keep appearing and disappearing, but the screen never disappears and also it does not change. It doesn’t get wet by the water in the movie nor does it get burnt by the fire. It stays unaffected by what goes on between the characters or in their environment. Though the screen is in close contact (perhaps closer than close) with all the images that appear on it, it remains unattached to and untouched by the images. There can be no image in the absence of the screen; but it does not matter for the screen whether an image exists or not. The screen pervades all the images because they are all nothing but the modulations of the screen itself at their respective pixel positions.

Okay, it is simple enough to know that the unchanging screen is One, in spite of the multiplicity of characters appearing and disappearing on it. Still, as long as the movie is on, we cannot escape from perceiving the movie. Only the movie appears and the screen does not make its presence felt. How do “I” look through the image and notice just the ever present “Oneness” of the screen and not the fallacious movie playing over it? This is the crucial question faced by the seeker in pursuit of the Advaitic Realization of Oneness of all That-IS.

In order to answer the “How to ‘see’ the screen?” question, the approach Advaita takes is not so much about dropping or piercing through the “image” appearing on the screen in order to reach the screen. The ancient Advaita Sages, in fact, caution us that it will be an unending fruitless effort if we try to manipulate the image. It’s an approach that is doomed to fail if we  do anything at the image-end. Therefore, they advise us to work from the “seer” end rather than the “seen” end.

There are a number of tools that Advaita provides to the seeker to work at the ‘seer’ end. I call those techniques as the “Push factors” that help the seeker on his journey of implosion – from multiplicity to Unicity. While the “Pull factor” of  Grace is the supreme, the Push factors can help the seeker to achieve an unswerving abidance as Self. Sometimes the earnestness, diligence, sincerity and commitment  of the seeker, if strong enough, may even induce  Grace to shine on him/her. We shall examine some of the “Push factors” that the traditional Advaita teaching provides, but seem to have been ignored by the Western teachers.

As the seers of the world, we experience a strong sense of “I see.”  Advaita tells us that it is this sense of “I see” that has to end. In other words, I should stop claiming to being the “Agent” for the action of “seeing” that goes on. Extending the concept to our day to day living, whether it is eating, walking, talking, breathing etc. etc., I should end the claim of “I am the doer” for all actions that happen and also stop claiming “I am the owner” for the worldly possessions I call as mine (including my body and the mind). The one word that describes the development of such an attitude in the traditional Advaita teaching is “detachment’ (vairAgya) – the ability to “give up” doership and ownership.

Next step (not in a sequential sense) is to reduce the density or grossness of the sense of “me.” The objective here is to make the mind, where the concept of “me-mine” is centered, as tenuous and rarified as possible. We normally define ‘who I am’ through a series of qualities and characteristics that make me what I am. We should attrit that ‘me-ness.’

The attrition of ‘me’ has two steps in it. It begins with getting rid of as many parameters as possible from the equation which formerly defined the ‘me.’

So simply drop as many qualities as possible that “mark” you to “stick out” as a “distinct and different” person.

Then comes the next step of improving your ability to viewing the “Universal” (sAmAnya) within all the objects rather than the particulars (visheSha) that distinguish each object from every other. What is “Universal” to and present in all the objects can only be “one” thing. For example, all objects have ‘beingness.” That  “beingness” itself is the “Oneness.” The “particularities” make each of the object to stand out as a separate entity. A multiple number of objects make the one “That-IS” to appear as multiplicity.

Another way to get rid of “I am the doer” idea is to work on the “observer-observing-observed” triad. We know that whenever any action takes place, three entities come into picture. One is the subject, the second is the object and the third is the predicate (the actual action).  We have to reduce the triad to just “observing,” by the elimination of the feeling “I see,”  “I observe” etc. i.e. by dropping the “I,” the subject.