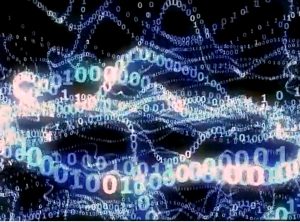 All the super Stars of Physics, both of the past and current times, and their theories are discussed in simple understandable terms. The scientific evidence thus far available points to the inevitable inference that the perceived world is no more than a dream-like virtual reality, with no solidity or physicality to it. Nor do the space and time have true existence. Every object and every event in the universe is equidistant from the One Consciousness that is crafting the projection.

The Video begins with the “Materialist” concepts of Democritus, passes through the “Idealism” of Plato and takes the viewer through the intricate scientific discoveries in Quantum Physics, Astrophysics and so on ending with the prophetic words of Einstein “… the distinction of past, present, and future is an illusion, however tenacious the illusion maybe.” It does not miss mentioning the quotable quote of Max Planck, “I regard Consciousness as fundamental. I regard matter as derivative from consciousness.”

All doubting Thomases about the efficacy of a scientific approach in arriving at the Ultimate Truth can fold up their skepticism if they watch without bias the trend where the current research at the cutting edge level is leading us to.

Beautiful presentation, excellent narration, accurate depiction, and lucid explanation. Shot by shot, every frame excels itself. The voice over, the music and the effects are all very pleasant mutually reinforcing one another. It is unfortunate that the producers of the documentary seem to be unaware of the ancient Indian Advaita philosophy. The absence of a mention to it is the only, if any, regret.

13 thoughts on “The Simulation Hypothesis”