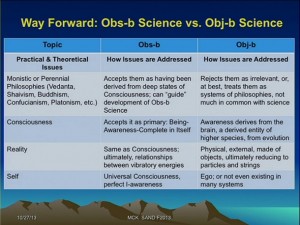 There is a greater participation of  Scientists well-known and respected in their fields of study spanning from Cognitive science to Computational Neuroscience, Lucid dreams to Non-linear mathematical models, Physics to Consciousness.

Susana Martinez-Conde from Barrow Neurological Institute was a pleasant surprise. A number of years ago I wrote  to her and her colleague Stephen, after seeing their work on the Perception-Reality Disconnect, about how Non-duality considers the world as an illusion and if they would like to explore this line of thought. They had no interest and disposed off my mails as if it’s all quack science. They may not remember the correspondence, but the change in their perspective is very welcome!

The highly popular Non-dual Teachers like Francis Lucille, Rupert Spira and others were also there.

A new introduction this time was Live-streaming of some of the sessions.  Either the stream was frequently broken or audio problems were there when I  tried on 25th and 26th Oct. 2013.  The very last Sessions, however, came out well.

There was an interesting but inconclusive debate on ‘experiencing’  between Rupert and Hameed Ali (who has his own approach – seems to say that the process itself brings a gradual realization?) on the 25th.

The talks of several scientists like Catherine Pepin (Physicist), Donald Hoffman (Computational Cognitive Scientist), Christopher Fields (Physicist), Menas Kafatos (Computational Physicist) were impressive and are at the cutting edge of the research towards the convergence of Science and Non-dual thought.
The conference has just concluded and the almost-45 min  talk of Prof. Kafatos at the very end was really the icing on the cake. He indicated the way forward in the investigation of Consciousness, Reality and Self by comparing how the issues are addressed in an object-based approach and Observer-based approach (his terminology for the Aloneness that’s the only true observer) and how it involves a mere flip between both of them. A slide Prof. Kafatos presented in developing this argument is shown at the top.
Francis Lucille, a Non-dual Teacher (in the line of Atmananda Krishna Menon-Jean Klein) and a Physicist and Mathematician himself mentioned that whereas the scientific study of phenomena may not be useful, the basic approach is very much the same in both inquiries. A paper by him and Dr. Pepin on the new approaches in physics is being published early next year, as reported by Dr. Pepin. The Q&A session by him was quite notable for his brief and straight replies.  This is the other icing I was referring to in the title.
What I have given above are incomplete and partial glimpses only. There were many high quality presentations and discussions which I have not been able to watch from where I was.  But I can say the idea of Live-streaming is excellent and wish the Organizers enlarge the scope and telecast technology of it in the future.