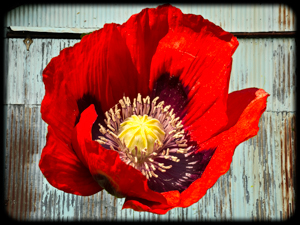 There are very many versions of the Bhagavad Gita in print, although you will have to look to Indian bookstores to obtain most of these. This can be very worthwhile. Not only are they a lot cheaper there but it is not necessarily the case that the best versions are those which are most popular and are therefore available through Amazon.

You really need to look at each of them yourself to decide which ones appeal most. I can make a few general observations but only you know what your priorities are. (It goes without saying, of course, that the Bhagavad Gita is a ‘must read’ for anyone seriously interested in Advaita!) If you want to see original Devanagari, you are restricted in choice. If you want Romanised transliteration, again not all will provide this.

If you want word-by-word translations, only a few give this (see Refs. 1 – 3 below). If you are interested in the Sanskrit – parts of speech and which verses contain which words, you want Ref. 16 (but this contains neither the text nor a commentary).

If you want the most comprehensive, understandable commentary and expense and time are no hindrance, then Ref. 15 is a no-brainer!

Finally, there is the all-Devanagari version with Shankara’s bhAshya (Ref. 18). This is a huge, hardback book, beautifully produced but, of course, totally useless unless you can read Sanskrit very well indeed. I have a spare copy of this and hereby offer to send it to anyone in the UK free of charge (or anyone elsewhere in the world if they pay the postage) in exchange for the following: you agree to be available to provide a literal translation of any (short) text by email from time to time if I need this for my writing. Email me if you are interested in this offer.

To give some idea of the differences between versions, I have taken one half-verse from the Gita and compared what is available. (This was a task undertaken for a friend recently.) Not all versions in the library are represented. If nothing was added to what was already indicated earlier in the list, I did not include it.)

See the library page for the Gita for more details, links to buy etc – http://www.advaita.org.uk/library/g_gita.html.

a-kRRitsna-vidaH – who are not knowers of whole truth [1]; incomplete knowing [2]; persons with a poor fund of knowledge [14]; those who do not know [15]; who are all attention on the results of action [17]

The perfect knower should not disturb the foolish men of incomplete knowledge. [2]

Such men who are not all-wise, and are dull, should not be unsettled by those who are all-wise. [3]

Swami Parthasarathy uses metaphor of child in cinema being frightened by what is on screen., while adult is merely entertained. Have to put in time and effort to grow out of ignorance. Don’t sermonise and unsettle the minds of the ignorant who are not yet ready for the knowledge. [5]

We should not disturb those who act under the impulse of nature. They should be slowly delivered from the false identification of the self with the ego subject to nature. [6]

No differentiation can be made between the skin and the pulp in a tender fruit. It is only after it matures and ripens that this difference comes about. Even so the mediocre make no distinction between the action-fabricated prakRRiti and the actionless Atman. [7]

Teaching them the reality concerning karma-s is practically impossible for the reason that they generally are unwilling to listen to any wisdom teaching. The best thing to do is to leave them alone. [9]

We should not disturb people by preaching at them; it is much easier to influence others through our personal example. [10]

The majority of men in this world are not well-versed in the shAstra-s. They have a predisposition to perform karma due to their inherent guNa-s… The wise, instead of trying to change their nature, should try to instil shraddhA (dedication) in their work. Such people will mature in the course of time. To receive this knowledge, the recipient should have maturity of mind. The wise man should be like a good teacher to know when his student is ready to receive his teaching. [11]

This sUtra is very important and requires no commentary: it is self-unveiling. [12]

The enlightened one should not try to dissuade or detract ignorant persons from performing selfish actions which they do deluded by the guNa-s of nature, because the karma will ultimately lead them to realize brahman, and not its renunciation in the initial stages. [13]

The verse also tells us a little more about those who are bound in terms of guna and karma. They are described as mandas, those who have no viveka. Mandatva means ‘dullness,’ the sense you have when you have indigestion, for instance, and do not feel like eating or doing anything. You develop a complete dispassion even towards foods that you like and it lasts for as long as the discomfort lasts, at least. And if this mandatva happens in our thinking, we have a definition for the person, manda, discussed in this verse. Nothing ignites in the brain of such a person. There is no fire, whatsoever!

Although situations unfold around the person, there is no assimilation, no response.

The word mandatva is used here only as a definition for the condition of the mind. It is not meant as a criticism either of oneself or of another; the word simply indicates a person who does not discriminate between Atma and anatma. Two other words are used in the verse to make the same distinction between one who has the knowledge and one who does not.

Krtsnavit is a wise person, one who has complete, krtsna, knowledge with reference to Atma and anatma, whereas akrtsnavit refers to everyone else. Because the akrtsnavit does not know that he or she is not the doer, the person has problems. The akrtsnavit may understand that anatma – the body, mind, and senses – performs action, but may think of Atma as something other than himself or herself, something that is not known. Therefore, he or she has some knowledge but does not know totally, which is the meaning of akrtsnavit.

For a person who knows nothing, there is no problem. Ignorance is bliss, as they say – provided, of course, the ignorance is total. For example, there is no problem in sleep because you do not think of yourself as a kartA, bhoktA, or anything else. Only when there is some knowledge is there a problem. Those who are dull, manda-prajias, who have no discrimination, viveka, with reference to Atma and anAtma are referred to here as akrtsnavits. These are the people that a wise person should not disturb, tan na vicalayet, by telling them that karma will not produce moksha. They should not be told: “Karma is all bondage. Why do you do karma? Why do you pray? Why do you go to church or to the temple? Why do you dojapa and meditation? This is all nonsense. Only j~nAna will give you moksha.’ Such comments should not be made because they do not help anybody.

A person should not be told not to work or that working for money is useless. Let the person work; otherwise, he or she will become lazy. Such people will end up at your door, telling you that you said not to make money and now they need some! People need food and place to live. Whom else will they come to but the person who told them not to make money. Therefore, do not tell them not to make money. Tell them to do so, following dharma. You can even give them some ideas on how to go about it. There is nothing wrong with making money; it is a resource, Laksmi, and as such should not be abused.

If, on the other hand, you are talking to a person who has seen that money is not an end in itself and he or she has some viveka, then you can talk about karma-yoga or sannyasa. It all depends on the person to whom you are talking. Krsna’s point here was that the person should not be disturbed unnecessarily. Even a person who is a mumuksu, who has viveka, should not be indiscriminately told to take sannyAsa. For someone who still has rigas-dvesas, sannyAsa will not work; it will only be abused. Such a person should be told to perform action as a karma-yogi, as Krsna told Arjuna in the next verse. [15]

[18] Sri Bhagavadgita Sankara Bhashyam, along with the commentary of Bellamkonda Ramaraya Kavi (all in Devanagari script), Publisher unknown. No ISBN

2 thoughts on “A Comparison of Bhagavad Gita Versions”