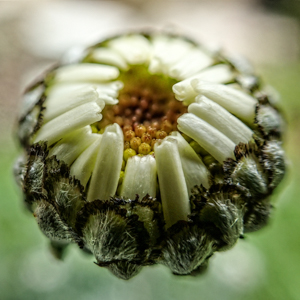 The terms  ‘Vedanta’ and ‘Advaita Vedanta’ are used loosely nowadays to describe teachings whose principles do not factually meet the subtlety within the profound truth of  ‘One-without-a-second’ or ‘There is only the Absolute.’ If this principle is corrupted or compromised then guidance to the truth can be affected from the beginning, which may in turn lead to an incomplete realisation. Alternatively, we may only hear statements describing the highest (Paramarthika) Reality without any means at our disposal for approaching such a Truth.

Being the foundation of its teaching, the principle of Advaita need not be compromised in allowing for the ‘mundane’, empirical experience of the seeker and the questions stemming from his or her experience – the entire Vedic system naturally accounts for development at all stages of life and Vedanta gives an understanding of the exact status of the world, as we experience it, in relation to Reality.

Examples of teachings described as non-dual include Kashmiri Saivism, recent Zen, Taoism, esoteric revelations of the Judaic religions and even Tantric lineages; while the interpretations in the Pancapadika attributed to Padmapada, the Bhamati  of Vachaspathi Mishra and the works of Swami Vidyaranya to mention a few – as well as 10-17thcentury texts falsely ascribed to Adi Sankara – are what pass for traditional Vedanta. To a greater or lesser degree these systems deviate from the unique standard of what is the pure expression of Advaitic Truth: the Upanishads.

The Upanishadic teaching is based upon a clear and unshakeable principle out of which a detailed structure of the grades of experience unfolds in a wide-ranging and flawless system of knowledge. This ancient path provides a comprehensive orientation within an unchanging principle for the guidance of those searching for higher truth and can lay the foundation for all who wish to walk the path.

The scope of the teaching and its internal logic as it reveals answers and further guidance at the different levels of experience seems to be so naturally and harmoniously ordered, and recondite, as to demonstrate its transhuman origin. In this sense it may be why the genuine, non-sectarian, Upanishadic or Vedantic system of knowledge is the inner heart of the true Sanatana Dharma – the ‘Eternal Law’ of mankind’s relation to the universe and the ultimate truth of Liberation.

For roughly the last 2000 years in the public domain, since the authentic recorded works of Adi Sankara (the ‘Prasthantraya Bhasya’ and ‘Upadesha Sahasri’), and the works of his direct pupil Suresvaracharya, there has been no unadulterated conveyance of the Upanishadic system which has adhered to its structure and coherence at every turn. The fact that Sankara himself refers to Sage Gaudapada, who preceded him, as a ‘knower of the True Tradition,’ shows clearly that it was an established tradition that Sankara was following and not something invented by himself. It was for the purpose of bringing clarification to the many questions and conflicts arising from the different teaching systems of the day that Sankara composed his commentaries on the timeless Vedic revelation – the Upanishads – which all systems accepted unanimously as the authority. It is for this reason that Sankara holds the status of being the intepreter of the Upanishadic knowledge of this age. It is interesting to see that many of the fundamental approaches of the systems he answered and exposed as lacking we can see mirrored today in contemporary spiritual views.

Oral teachings, genuine Upanishad from Master to disciple may have occurred in remote places ; one meaning of ‘Upanishad’ is that it involves hearing a secret teaching, but no recorded text or teaching which transmits the true Vedantic methodology pristinely and to all its extent has been available in general circulation. We also have the complex problem of knowing whether teachings ascribed to Teachers are authentically theirs or creative interpetations happening hundreds of years later by rival philosophical schools.

Taken together, the worldwide spiritual traditions which include, or culminate in an expression of non-duality, can be seen to have statements which do seem to coincide. It is important to see though at what stage of realisation or sadhana such systems or utterances may be declaring the same truth. The ‘multiplicity-in-the-One’ ? The Cosmic vision ? The highest yogic Samadhi of Patanjali ? The ‘eternal’ cylces of Unmanifest and manifest existence as the play of Shiva and Shakti ? The experience of Unity as ‘I AM’ or That which is beyond experience? Is enlightenment an easily realised intellectual modification of mind only ? What are the actual laws governing life in terms of the intricacies of karma and the end of rebirth ? Where do modern notions of ‘embodiment’ and the ‘evolution of consciousness’ fit in, if at all?

True accordance of knowledge, of traditions, is a matter of extremely subtle shades of realisation and validation, which in turn rests on the overall framework of consensus in which such examination takes place. It was this Divine Sruti (the Upanishads) and its consistent network of accompanying yukti (reasoning) which for millenia comprised the gold standard to which every teacher, teaching or text had to be measured; a highest truth revealed to scores of Sages whose realisation reached a refined, ineffable summit in perfect alignment with each other and the Sruti. In this way the Upanishadic teaching is impersonal, it is representative of the highest universal Truth and not founded by the dictates of a single Seer.

We can see that many teachings or statements throughout history may have alignment with the Upanishadic system at one or more of the major stages it encompasses. But teachings may contain other contradictory elements, or lack key correlative understandings, or have vague, unsubstantiated areas or unproven personal claims to enlightenment which reveal them to fall seriously short of providing the seeker with an intact methodology leading to Liberation.

The Ultimate Truth may be strictly speaking, Unknowable and Inexpressible, as it is not finally an object of experience, but that does not mean that seekers should encounter a blank or mystically hazy no-man’s land without an ongoing accessible and thorough approach. An approach validated by those who have gone before and who have bequeathed a clear map. The real Sampradaya and complete navigation through Samsara happens only when in full accordance with the impersonal and authorless Upanishadic system, which is the only one whose final Truth reveals the Teacher, the student and the teaching as completely unreal.

[If you are interested in pursuing these ideas further, there is a residential retreat at Tiruvannamalai in December 2016 conducted by the author’s Teacher. The author can be contacted at original.vedanta@gmail.com ] 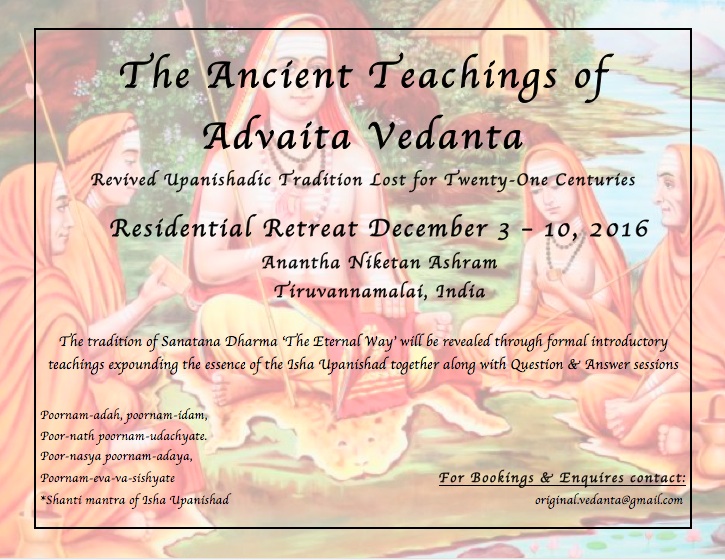