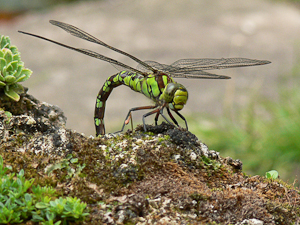 Most readers of this site will certainly have heard of this text- the third branch, nyAya prasthAna, of the source for the teaching of advaita. (The other two branches of the so-called prasthAna traya are the Upanishads or shruti, and smRRiti, of which the most important is the bhagavadgItA.) But few have probably read it. You may have attempted to do so but been quickly put off by its seeming complexity. This is not surprising!

The basic text was written by vyAsa and otherwise known as bAdarAyaNa. And ‘text’ is not really the right word. It is actually written in short, numbered sutras whose meaning is often obscure, to say the least. The practice of the time required that writers of such works used as few words as possible – and vyAsa must have been one of the most proficient! The reader is expected to remember what has gone before and fill in the appropriate words as necessary. He is also expected to know the Upanishads and other works off by heart so that the relevant references do not have to be spelled out.

There are very many commentaries upon this, and more commentaries upon the commentaries. The one that we are interested in, of course, is that written by Shankara. Again, unfortunately, Shankara’s intended audience is one of equals, i.e. those who are as familiar with the scriptures as he himself was, and who are his intellectual peers. Thus it was that, when I first encountered this work in the early 90’s, I was totally bewildered. The opening words from Shankara’s introduction (in which he introduces that fundamental concept of advaita, namely adhyAsa) were read out to us in one of our classes at the School of Economics Science. In fact, I seem to recall that the first few paragraphs were read several times over the period of a few weeks but I was not much the wiser at the end than I was at the beginning.

I must reproduce this here (at the risk of alienating you from the Brahma Sutras forever!), so that you can see what I mean:

Preamble: it being an established fact that the object and the subject, that are fit to be the contents of the concepts “you” and “we” (respectively), and are by nature as contradictory as light and darkness, cannot logically have any identity, it follows that their attributes can have it still less. Accordingly, the superimposition of the object, referable through the concept “you”, and its attributes on the subject that is conscious by nature and is referable through the concept “we” (should be impossible), and contrariwise the superimposition of the subject and its attributes on the object should be impossible.

Needless to say, most people would not be able to take much of this! Fortunately, there are many books available which attempt to interpret both the original sutras and Shankara’s comments in a more readable manner. So far, my exposure to these is fairly limited but at least I can suggest where to begin.

Probably better than reading is to listen to talks on the subject. Unfortunately (this seems to be a frequent word in this presentation!), talks as with books tend to assume a high level of understanding to begin with. You may not be expected to have memorized all of the major Upanishads, but you are expected to be familiar with them and recognize principal verses. Inevitably also, commentaries tend to be liberally sprinkled with Sanskrit. Whereas, in books, Sanskrit terms often appear without any explanation, in talks you will often find that English equivalents are given.

So it was that, about two years ago, I began to listen to the talks by Swami Paramarthananda. I listen to these whilst doing other things, I’m afraid, although only things that I can do automatically such as washing up, vacuuming, or going for a walk. But here’s another one of those “unfortunates” – there are 390 talks at around one hour per talk, so that I am still less than half the way through. But I can highly recommend these. The purpose of the Brahma sutras is not really to teach advaita but to clear up any doubts, answering questions posed by opponents, and refuting other philosophies. One assumes that Vyasa himself raised all the objections to Vedanta, prior to answering them. And he does this brilliantly, highlighting problems that most people would never think of. The whole process of question and answer functions to sort out one’s own understanding of advaita in the most efficient manner, often leaving one amazed at the philosophical virtuosity of Vyasa and Shankara.

But most people will not want to commit to such long-term listening, at least initially. So are there any books available which are actually readable? Well, the quotation above comes from perhaps what is the most well-known text translated by Swami Gambhirananda. I suppose that it is the most well-known because it includes the complete commentary by Shankara and, once you have some familiarity (together with, of course a high level of understanding), then this is actually a very good book. Each Sutra appears in its Devanagari form, without transliteration, but usually with word by word translation. The commentary itself is actually surprisingly light on Sanskrit terms.

If you want a much more readable version, but still containing the essential information, there is a two-volume work called ‘Vedanta Explained ‘by V. H. Date. The commentary is abridged and comes without footnotes. Each Sutra is in Devanagari, followed by transliterated words and meaning.

A very much abbreviated version, which nevertheless seems to pick out the essential points, is the commentary by Swami Vireswarananda. This still has the Devanagari sutras and word by word meaning and key references but several pages of commentary by Shankara are frequently condensed to just one or two paragraphs.

If you’re interested in commentaries other than those by Shankara, then there is a three volume work called ‘The Brahmasutras and their principal commentaries: a critical exposition’ by B. N. K. Sharma. This also deals with the commentaries by rAmAnuja and Madhva, and actually seems to favor the stance of the latter. This is a very scholarly work (!) with lots of footnotes. Funnily enough the sutras are given in transliterated form without any word by word meaning, but the footnotes contain lots of Devanagari so that lack of such a font cannot be the explanation. Like Shankara, the writer of this book assumes that he is talking to someone with equal knowledge. He clearly enjoys the topic and wants to share his enthusiasm but most of it is lost on mere mortals like myself!

The very best version that I’ve come across so far is that by Swami Sivananda. This is not a direct translation but the essence of Shankara’s comments is very well captured. Each Sutra appears in Devanagari with transliteration and word by word interpretation. Most unusually, the entire text of the original Vyasa sutras is presented at the beginning in Devanagari script – and it takes up all of 17 1/2 pages. This is amazing when you think how many tens or hundreds of thousands of words have been written to explain them! Another valuable feature of this work is that each topic is clearly highlighted with its name and description and there is an index to the topics at the back of the book. Each chapter also has a very useful introduction and synopsis.  (The 555 sutras of the work are divided up into topics, which are spread out over four chapters, each of which is divided into four parts.) I had intended to quote from the adhyAsa commentary so that you could see how much easier it was to understand. Unfortunately (again!), Sivananda does not cover this.

The really good thing about this particular version is that you can download it for free from Swami Krishnananda’s site: http://www.swami-krishnananda.org/bs_00.html. So you have no excuse not to give it a try!

P.S. I completed the Swami P talks a year or two ago and can definitely recommend them (apart from the latter part of section 3, which I gave up on!). My recommended reading remains unchanged, although it is useful to have several versions because it is such an important reference.