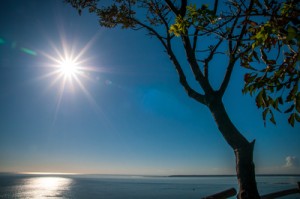 When introducing Advaita Vedanta the mind is one of the first things I deal with for two reasons:

In my experience seekers respond very positively when learning about the four different functions of the mind (in fact four different aspects of thought): manas, chitta, ahamkara and buddhi. This teaching is helpful in two ways: it enables the seeker to distinguish between manas and buddhi, and it enables the seeker to understand the nature of the ego. As the latter is not the topic of this month, I will not go into ahamkara (ego) here but concentrate on buddhi.

As to what buddhi is, I think that Dennis’ quote sums it up excellently, https://www.advaita-vision.org/topic-of-the-month-buddhi/

The average Western seeker has never heard of buddhi or any of the different functions of the mind. For them mind is a uniform thing, a container filled with thoughts, perceptions, knowledge, abilities, experiences and possibly feelings. Why I say “possibly feelings” is because, at least in German speaking countries, feelings or emotions will never be accounted to the mind but to the heart, a mysterious entity which no-one is able to locate or clearly define except for pointing vaguely to the physical heart region.

Anyway, seekers I have come across have learned that this mind is a problem and therefore needs to be dropped, emptied, overcome, stilled, killed etc. So, day in day out, in their meditation practise and/or their practical lives, they are trying to achieve a mindless state – which, they hope, will some day “solidify” and miraculously turn into ever lasting enlightenment. This is a futile undertaking. First of all the mind can be calmed down but never killed. Secondly a calm mind can help in attaining enlightenment but it cannot become enlightened.

It is a great relief for people to know that their attempt to drop or overcome the mind is throwing the baby out with the bath water. Yes, there are functions in the mind that are troublesome but buddhi is not one of them. Buddhi’s ability to learn, to distinguish, to understand and to make final decisions is a blessing and these abilities should be cherished and nourished in every possible way. As buddhi is able to know, it is the only faculty in a human being that can realize and recognize one’s true nature. Buddhi is invaluable.

The attempt to stop the mind makes for a rather confused state because with it buddhi is denied its birth right: to investigate, to learn, to understand, to seek clarity and apply logic. Spiritual seekers tend to use their buddhi everywhere in life, except in spiritual matters. In this respect they remain immatures, believing whatever sounds “somehow” true without ever applying logic and thinking things through to the very end.

I have come across many seekers who after years (sometimes decades) of seeking and struggling with the mind, have fallen into a kind of a depressed state. They are frustrated with experiencing this or that because they have seen all these experiences coming and going too often. Yet they do not know what else to do on their spiritual journey because they do not allow themselves to use buddhi in order to deepen their understanding – which in fact is the only thing that will lead them to the desired end: Self realization.

In German “buddhi” has a positive connotation because Buddha is something positive to most Western seekers here. It also has a rather endearing connotation because of the –i at the end which makes it even easier to introduce the term and the concept. All of my students and/or readers love “buddhi”. They are so thankful to learn that there is no need to get rid of the mind and that in Vedanta they are allowed and even encouraged to make use of buddhi. They are welcome to bring up and clear all their questions and doubts, most of which they did not even know how much they were troubling them before being encouraged to raise them – what a luxury!

Buddhi itself is one of those “beautiful pointers” of Advaita Vedanta to which Venkat referred in his last post: helping the seeker to “gradually see the transiency of the world, and turn to the one constant that is conscious of the world”. And only buddhi is able to understand that even witnessing the world is not the final answer because it is still within the realms of duality. Finally, with grace, only buddhi will realize non-duality and with this realization the last idea about being a separate entity (as witness) will resolve for good.