Dreams are a powerful metaphor in Advaita. The Yoga Vasishtha is perhaps the best known book to utilize them extensively but probably the earliest teacher to do so was Gaudapada in his kArikA-s on the mANDUkya upaniShad.

He effectively says that the waking state is unreal, like dreams, ‘because we experience it’. This is anvAya-vyatireka logic: we experience objects in dreams, and they turn out to be unreal; therefore the objects we experience in waking are also unreal.

This does not sound very convincing and there are various arguments that we can raise to object to the analogy. Gaudapada raises them for us, in case we can’t think of them all! Here is the third argument he puts forward. It is an extract from my forthcoming book, which will be published 25th September 2015.

Third objection to world being unreal

And this leads on to the third objection namely that, whereas the dream world is subjective, the waking world has objective reality. It is experienced as external to ourselves, whereas the dream takes place in our mind (K2.9 – 10). But this notion suffers from the same confusion as before. We only recognize that the dream world is ‘in our mind’ when we are awake; at the time of the dream, it is just as much ‘external’ as is the waking world when we are awake. We might as well say that the waking world is really non-existent since it disappears when we are in the dream or deep sleep states. At the time of the dream, I experience external objects and events in just the same manner. Their illogicality or even impossibility only becomes apparent on awakening. END_OF_DOCUMENT_TOKEN_TO_BE_REPLACED

[This short extract, in addition to providing the answers, also serves as an example of the incisive logic and inductive and deductive approach taken by Sage Vasishta in explicating the nature of the world to Rama in the well-known Advaitic scripture, Yogavasishta. The present material is from Chapter 2: mumukshu vyavahAra prakaraNa (The Conduct and Behavior of a committed Seeker), Original text: Shri K. V. Krishna Murthy; English translation: Ramesam Vemuri]

Where do the brahmANDa-s (multiverses) of the present time exist? They are in space.  What is space exactly?

One definition for space is that because of which it is possible for two objects to exist separated from one another.  We can also define it in another way. Space is that in which all the known objects are located.  But your dream world is also known to you! Can you say where do the rivers, mountains and all the other things of your dream world are located in the present awake world space?  END_OF_DOCUMENT_TOKEN_TO_BE_REPLACED

A. Of course, if everything is like a dream (mithyA), then the sages and their scriptures are a part of that dream. But that doesn’t necessarily mean that the teachings and the scriptures are not useful for awakening from the dream.

B. That is true, in my understanding. ‘Life is a Dream’ (Calderón de la Barca’s play), ‘All the world’s a stage’ (Shakespeare). As to Vedanta, here is what a sage (among so many others) has said: “Vedanta plays the role of the dream lion in this world. Vedantic knowledge itself is part of the illusory world. But then it dissolves the entire illusion of this world, revealing reality as it is.” Sw. Parthsarathy.

A. If no one dies, then no one is enlightened either, and yet we still talk as if people really do die and really do become enlightened.

In the next para. you write: “…an individual who appears to exist while not really existing (AS AN INDIVIDUAL) has appeared to become enlightened while not really being enlightened (AS THE PURPORTED INDIVIDUAL).” I have taken the liberty of adding the capital letters, for advaitic sense. Further, while ‘everybody is enlightened’, as Neo advaitins claim, ‘no one is enlightened’, as the sage Gaudapada declared. Are these two seemingly contradictory statements true – and in what sense? *

A. I think the problem with brain damage is the possibility that a j~nAnI [sage] would lose most or all of the knowledge (including Self-knowledge) that he gained through his studies.

B. This is as seen from the vyavaharika (empirical) perspective, which cannot be denied (only understood). Jñani/s (sages) also experience thoughts and emotions. With them, these either quickly disappear, or are transmuted or resolved into consciousness; in fact, they are only consciousness, as mind is also a projection of consciousness.

Something more for pondering: “People forget the reality of the illusory world”. Huang Po.

(*) Gaudapada (Shankara, and the whole tradition of advaita Vedanta) deny multiplicity as being real. In essence ‘all is One’. The Neo-advaitin’s dictum (’everybody is enlightened’) is thus true and false at the same time. 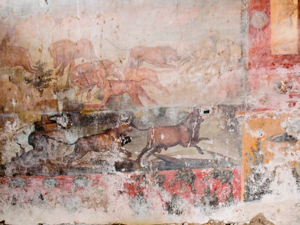 The topic for the month of February is Dreams and Dreaming

Here also is an opportunity to ask questions on this topic and receive answers from the bloggers.

We always assume the present to be the waking state and, by contrast with it, the previous state sublated by the present to be dream. It is impossible to distinguish them otherwise by any subtle definition. (Loose translation of Gaudapada kArikA 2.5) (Please, no reference to EEG to refute this!)

According to Shankara, the entire Veda is important in that, till the seeker reaches the stage of pursuing the higher knowledge (jñana kanda) the duties enjoined in the other parts (karma kanda) are necessary for him. Otherwise, the Veda would not teach them. So, a spiritual seeker has to undertake scriptural study.

The path of action (karma yoga), states Shankara, is the ‘means to the supreme bliss indirectly’ in that it prepares the mind of the spiritual aspirant for knowledge, and thereby makes him competent for adopting the path of knowledge (jnana yoga), which is the direct path to liberation. Man cannot abstain from action, and as action binds man by resulting in karma… it is essential to know how to act without accruing further karma. This is the secret of action, called naiskarmya in the Gita… true renunciation is a mental disposition wherein the mind becomes serene without the distractions of the world. 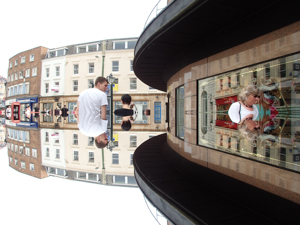 END_OF_DOCUMENT_TOKEN_TO_BE_REPLACED

“The more intently you think of the well-being of others, the more oblivious of self you become. In this way, as gradually your heart gets purified by work, you will come to feel the truth that your own Self is pervading all beings and all things. Thus it is that doing good to others constitutes a way, a means of revealing one’s own Self or Atman.” – Vivekananda

“The goal of Vedanta is to see the other man’s sufferings as your own. Because in dream all the scenes and all the people are made of the same essence as yourself, they are as real as you are. Do not treat other people as mere ideas but your own self as real. If they are ideas, so are you. If you are real, so are they. Hence you must feel for them all just what you feel for yourself.” – V.S.Iyer

“Prarabdha (the actions the body has to perform in this life) is of three categories: ichha, anichha and parechha (personally desired, without desire and due to others’ desire). For him who has realised his Self, there is no ichha prarabdha. The two others remain. Whatever he does is for others only. If there are things to be done by him for others, he does them but the results do not affect him. Whatever be the actions that such people do, there is no punya (merit) and no papa (sin) attached to them.” – Ramana Maharshi

“The name and form of the spiritually enlightened Saint experiences the pangs and sorrows of life, but not their sting. He is neither moved nor perturbed by the pleasures and pains, nor the profits and losses of the world. He is thus in a position to direct others. His behavior is guided exclusively by the sense of justice.” – Nisargadatta 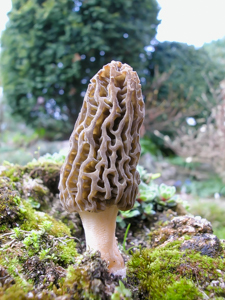 The words, ’cause’ and ‘effect’ are only from a point of view. You say that this is the effect and that is the cause. In fact, the effect itself is the cause, being non-separate from the cause. Then again, which is cause and which is effect? When the pot is broken, it becomes clay. That means clay came from pot! This concept of cause and effect is purely a point of view. Our understanding that the cause came first and the effect came later is only a point of view. From the standpoint of Brahman, there is nothing that comes later, because Brahman itself is the effect. If at all the concept of ’cause’ and ‘effect’ is talked about, it is from the standpoint of the unmanifest and manifest conditions. 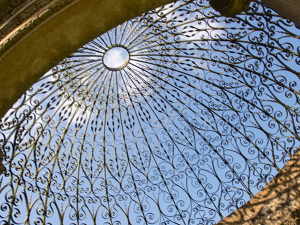 I am the light that is above them all, I am the all,

Cleave a piece of wood and I am there;

lift up the stone and you will find me there.

You can find thousands of sayings like this in the Upanishads, in the Gita, in Buddha, but you cannot find a single parallel in the Old Testament. So which scriptures has Jesus come to fulfill? He has come to fulfill some other scriptures, some other traditions. This saying is absolutely Vedanta, so try to understand first the standpoint of Vedanta, then you will be able to understand this saying.

Jesus was born as a Jew, lived as a Jew, died as a Jew – but this is only as far as the body is concerned; otherwise Jesus was a pure Hindu. And you cannot find a purer Hindu than Jesus, because the base of Upanishadic religion is his base. He created the whole structure on that base, so try to understand what that base is. END_OF_DOCUMENT_TOKEN_TO_BE_REPLACED