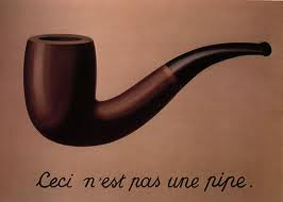 It is extremely difficult to accept that what we see, what we experience, what we take to be real is not quite real. Even Swami Dayananda wrote of his utter shock on realising that the solid universe is made up of nothing but words and meanings. I personally remember the first time I saw his demonstration of close-up magic when he held up a clay tea cup in the meeting hall, one hot afternoon in his Gurukulam in Anaikatti. “What am I holding?” he asked and then answered for us: “You say cup, I say clay. Tell me which bit of this is cup? My fingers touch clay, the weight of what you call cup is the weight of clay. The feel of the cup is the feel of clay. The colour of the cup is the colour of clay. Where is the cup? Is it on the clay? If it is I can remove it. Maybe it is in the clay?” In this way, as we watched, the thing called ‘cup’ vanished in front of our very eyes. ‘Cup’ is nothing but the name given to a particular form of clay for the sake of distinguishing it from other things made of clay and all other things as well.

Now extend this to all objects that can be traced back to a common cause: even science supports this view. Then at each stage we just have names: Shirt is the name of a form of material, material is the name of yarn, yarn of cotton, cotton of fibres, fibres of atoms, atoms of sub-atomic particles, etc till we arrive at a single cause. (Vedānta śāstram goes one step further than science in stepping from the perceptible to the non-perceptible world.)

Yet it is so hard to accept that one’s day-to-day experience is not the be-all and end-all in determining reality. We know how often in life we are wrong-footed by what we experience: the sky is blue, the stick in water is bent. And even after being told that the mirage water is not really there, the mirage remains as convincing as ever. Vedānta śāstram contradicts experience by saying that the world that we take to be real is not absolutely real. But one can be so convinced about the validity of experience – another way of saying ‘the reality of the world’ – that personal experience is placed higher than sāstram. Everything other than that which is experienced is taken to be unreal, and that which is experienced is taken as absolute reality. If this is a point of view taken by people who are familiar with scripture, then it must be the case with those Western seekers who haven’t even heard of śāstram or, if they have tried to dip into them, dismiss śāstram as incomprehensible and over-complex prattling.

Objectors might say it’s easy to use material examples like pot and clay to dismiss pot, but then what about clay? Clay is similarly resolved into that without which it cannot exist: atoms. They are resolved into finer and finer particles till we get to the finest thing that science can get to and here’s where sāstram cuts through all the steps by pointing out that everything is ultimately dependent for its existence on an experiencer, without which everything is as good as non-existent. Only ‘I the experiencer is independently real and everything else depends on ‘I’ for its existence.

The objector point is made by contrasting the waking world with the dream world. In the former mind and sense powers are operational, in the latter only mind is operational (we do not see, hear, etc). The objects seen in the dream are easily dismissed by pointing out that because the dream takes place within one’s body, something the size of an elephant or mountain is too huge to fit inside the body. And just as we accept the unreality of a huge elephant seen as a reflection in a tiny mirror, so too dream objects appearing in a tiny body are unreal. But objects that we encounter in the world are real. They are useful, they are external, they are objective and they are seen without distortion. Below we examine Gaudapāda’s response to these alternative criteria for reality.

For example, what if we say that usefulness is the feature that determines if something is real? Things in the world have utility: someone or other can use them. Money is real, houses are real, computers, cars, roads; people, friends, qualifications – in short anything that gives security or pleasure is real. So, by this definition we can accept that, as dream objects have no usefulness in the waking world, they are not real. Dream money, for example, is not useful in the waking world.

Gaudapādācharya refutes this definition in his commentary to the Māṇḍūkya Upaniṣad by pointing out that it is valid only from the perspective of the ‘I’ in the waking world. From the perspective of the ‘I’ in the dream world, dream objects are ever bit as useful as objects in the waking world are useful to the waker. The dream individual wears clothes, meets people, spends money, falls in love, makes plans, laughs, cries. It is a self-contained world, very much like the self-contained waking world. In fact, the objects in the waking world have no utility in the dream world. You may be hungry in a dream but the fact that your waking world fridge is full of food is of no use to the hungry dream individual.

So if we accept non-utility to be the mark of non-reality, then both waking and dream worlds share the same status. Both are mithyā.

Okay, then, what about this definition: everything external to me, in front of me, is real, and everything within my mind is unreal.

So, as the waking and dream worlds both share the same status with regards to internality and externality, there is no basis for saying that one is real and the other is not. But since both are perceptible, and thereby dependent for their existence on a perceiver, regardless of whether the perceiver is a waker or a dreamer, both are mithyā.

The technical word for ‘subjective’ is citta-kāla, which literally translates as ‘thought time’, which means that it exists only as long as the thought of the thing remains. As soon as the dream ends, the dream world vanishes, never to be visited again, and the next night the dream ‘I’ enters another dream world with different dream characters and dream activities.

The technical word for ‘objective’ is dvaya-kāla, which means ‘at two points of time’. To explain: everything we see makes a mental impression which converts into memory which then gets triggered the next time we see that thing, even after not having seen it for a time: a thing cognised is re-cognised after a gap of time. And not only that, others too can see the things we see, whereas the subjective dream universe is seen only by the dreamer. So even in the absence of the perceiver the thing exists in the waking world and doesn’t in dream This seems a very convincing point of view.

Again, Gaudapāda’s refutation points out the defect of taking into account only the waker’s perspective. From the point of view of the waker, dream objects have only subjective existence, lasting only as long as the dream lasts and thus are not real. From the standpoint of the dreamer, however, dream objects can have both subjective and objective existence: to the dream ‘I’, objects in the dream are experienced as objective, and objects in the dreamer’s dream are subjective.

Also, once we change the standpoint we find that not only are dream objects projected but also, from the perspective of Vedānta, even the waking state objects are projected and are thus ‘subjective’ too. This is a reversal of our usual view: we believe that there are real objects out there that impress themselves on the mind, whereas Vedānta tells us that the mind is what lights up objects, thus lending them existence. The analogy given is that of a pitch black room in which there may well be objects but as far as the viewer is concerned, as nothing is seen, they are as good as non-existent. Light enters the room and, being reflected off the objects, lends them existence as it were. Consciousness, awareness, is what lights up the mind; mind is what lights up the powers of the organs of perception; the sense powers are what light up objects. Remove consciousness and there are no objects of visual perception: they are as good as non-existent.

The dream world is a mental projection and the waking world too is a mental projection. Whether projected once or twice or multiple times, makes no difference to the fact that all objects – in the dream or waking worlds – are dependent for their existence on being perceived. Subjective/ objective cannot thus hold up as the criteria that separate dream objects from waking objects in terms of reality.

A fourth attempt is made to find a characteristic of reality that allows us to retain the idea that the world is absolutely real: the characteristic seized upon is ‘clarity’. Real things in the waking world are clearly perceptible, whereas non-real objects in the dream word are vague and indistinct.

Gudapāda’s refutation is that clarity is relative. To a person with poor eyesight, even objects in the waking world are indistinct. A person looking through a microscope can see more than the naked eye can see. Compared with looking at things through a microscope ordinary looking is relatively vague; compared to ordinary looking, what’s seen by one who is short-sighted  is vague. Three people can all be looking at the same object – through a microscope, with 20:20 vision, with short-sighted vision. Does that mean the object is non-real because of the sliding scale of clarity? No, it simply means that absolute clarity is not even available in the waking world. Clarity is not what distinguishes the mithyā dream world from a real waking world, but it is what distinguishes poor instruments of perception from better ones. And, needless to say, the ‘I’ identified with dream sees the dream world as clearly as the ‘I’ associated with the waking world sees the universe around.

There don’t seem to be any other definitions of reality that allows us to accept the waking world as real. (Unless the reader is prepared to suggest one!)

So where does that leave us? We have not found any criteria or characteristic of reality that allows us to distinguish the waking world from the dream world. The world we take to be real when we’re awake is not absolutely real, any more than the world of dream is absolutely unreal. The waking world is also dream-like.

Therefore, if we understand what the universe is, that it is not absolutely real, we will be open to understanding what is real and, further, we will understand that the ONLY thing that is real is our own true Self. We will not depend on the universe for our happiness or security. We will be independent. We will be free from the belief in our vulnerability because no mithyā dream character can harm us any more than a wave can wet water, its very own truth. Or fire can burn itself.  Free from fear, we will finally discover that what we seek – everlasting happiness – is what is our very own nature. That is jivanmukti, freedom whilst living.