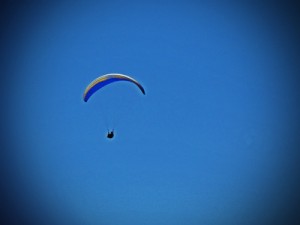 Advaita Vedanta looks at death from 3 angles: as death of the gross body, death of the subtle body and no-death. All of us agree that the gross body dies, meaning that with death its present form is gone for good. It goes back to its basic components, in vedantic terms “to the elements”, which then take the shape of different forms: ash, earth, plants, worms etc.

In Christianity there is the belief of „resurrection in flesh“ which is supposed to happen for the virtuous ones after the last judgment day – although hardly anybody seems to take this seriously anymore, at least in Europe. In increasing numbers, people have taken to a sober viewpoint, basing their existence entirely on matter and considering themselves as merely flesh. For them there is only gross body, even what Vedanta calls subtle body functions – i.e. sense perceptions or thoughts or feelings – are believed to be operations of the gross body, nerves and brain in action.

Vedanta distinguishes between gross and subtle body, which makes for a completely different perspective on life and death. Also we assume that there is reincarnation. So something continues after death of one body and is then transferred to the next body. This something cannot be the gross body, which is subject to disintegration. Rather it is the subtle body, consisting of the powers of the sense organs (not the sense organs themselves but their subtle powers), the mind (emotions, intellect, memory and the I thought), the powers of the organs of action (for example the potential to speak, to grasp or to move) and the physiological functions (for example respiration, circulation or digestion).

In contemporary language one can say that with death the hardware falls to pieces whereas the software is retained – although in a somewhat reduced form. This reduction means that the transactional memory – all data – gets wiped, the operational system remains, which will enable us to relearn the necessary data. As we all know most do not remember much of their past incarnations, if anything at all. Also, in a new incarnation we do not immediately have all of the above abilities at our disposal. They have to be activated. So what is retained is just the essence of all those functions, a kind of a blueprint of the subtle body.

Does this mean that the gross body dies while the subtle body is eternal? No. Both bodies are subject to death. In Vedanta we assume that as much as single bodies are going to end at some point, life as such will also end at some point. This is called pralaya; the whole creation will dissolve into its most subtle “components” for a few million years, thereby becoming unmanifest. So in pralaya even the subtle body “dies”.  Even so, after pralaya creation will manifest afresh and with it subtle and gross bodies will also manifest again.

Here we have to define what exactly is death in Vedantic terms. Actually we could drop the word death altogether because if we imply that what has been there ceases to be there, this kind of death does not really exist for Vedanta.

Instead of “death” we can say “transformation”, i.e. one form reshapes into another form. Transformation does exist for Vedanta. Part of the word transformation is “form”.

Now we go one step further because one could argue: whether you call it transformation or death – this kind of transformation does mean that something is coming to an end or dies. Vedanta replies: If something dies, this something has to be there in the first place. Here we have to look even deeper. What is a form?

In Vedanta any form is defined as mithya. This means that a form always is composed of something that underlies that form, first and foremost other forms. A car is composed of the car body, seats, wheels, motor, gears, brakes, windows etc. Those are composed of metal, leather, rubber, glass etc. Those again are composed of other forms, becoming smaller and smaller, subtler and subtler. At some point we get to the smallest particles known nowadays, quarks. And those again at some point will be found to be composed of something even smaller, even subtler. We can go through the same process with the gross body of man, which is another form. Same with the subtle body of man – where we just start our dissection process at a different, already subtle, point. So forms, although they do have a functional reality, are only there in the sense that they consist of other forms, which also only have functional reality, again consisting of other forms. This means that they do not die, always just being transformed into other forms.

The question then comes up as to the final form: what is this that consists of itself, not of other forms? Vedanta claims that there is one basic non-material principle underlying all mithya forms, even the most subtle. This principle is neither form nor mithya but is satya: It remains even if there is no form left and it underlies all forms whereas there is no form that underlies it. This satya principle is called brahman. Brahman is the principle that signifies existence to be advaita. Brahman is non-dual because if there is anything other than brahman, it is form only, consisting of other forms – all of them being mithya, based on one satya, which is brahman.

The next question is: Does brahman die? Only if this basic principle is subject to death, there is death. The Upanishads tell us that brahman, being the ultimate cause, is eternal. Even in pralaya, brahman is the one underlying principle, independent and pervading the whole unmanifest existence. And when existence comes to manifest again, still it is the same brahman underlying it: one, satya, all-pervading and eternal.

Non-duality is concealed in the understanding of mithya. All those gross and subtle bodies constantly changing, constantly reshaping, forever becoming manifest, unmanifest, manifest, unmanifest etc., all of these are mithya. This means that their relative reality depends on brahman which is satya, absolute; their time-bound reality depends on brahman which is eternal; their taking form depends on formless brahman pervading them. Brahman being the very ground of existence, means brahman being the very existence. And all the mithya forms being expressions of existence, means all of them being brahman.

So forms as forms may die. Forms as brahman do not.