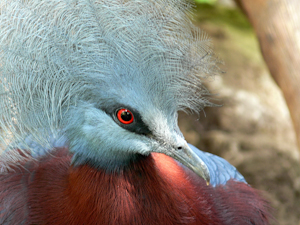 Other experiments carried out more recently have confirmed that having a relevant thought prior to an action also gives us the feeling that we ‘caused’ the action, even when this is not the case. One experiment involved an arrangement of mirrors whereby the subject sees himself but with another person’s arms in place of his own. Instructions to move the arms in various ways are given and the arms subsequently move accordingly. Although the arms actually belong to an unseen person, the subject nevertheless feels that he has moved them.

There have been other neurological findings as recently as November 2009 (http://www.scientificamerican.com/article.cfm?id=the-will-to-power) which support these ideas. Here is a brief summary, together with some conclusions on the whole topic of free will from the second edition of my book ‘Book of One: the Ancient Wisdom of Advaita’:

There has been a recent article in Scientific American (Nov. 2009, Ref. 142) in which it was reported that brain surgeons have ‘evoked the intention to act’ during surgery. Electrical stimulation of parts of the brain is necessary during operations to remove, for example, cancerous tissue. The patient has to be conscious so that he may report what is felt, so as to minimize the risk of removing vital parts. The article indicates that patients have reported feeling the ‘urge to move’ parts of their body (whether or not they subsequently did). This would tie in with Wegner’s proposed mechanism of the ‘decision to act’ being the result of a subconscious event prior to any ‘willing’.

But irrespective of whether or not these conclusions are true, our experience is effectively what we mean by the term free will. If they are true, however, what it means is that the ‘feeling’ of having free will is only a ‘side effect’ arising in the brain after it has initiated some action in automatic response to a combination of stimuli.

So we do have free will in one sense and do not have it in another. These statements can both be true. It merely depends upon the context in which it is being discussed. And this is precisely equivalent to talking about the vyAvahArika or pAramArthika levels of reality. The individual feels that he has free will and, indeed can be regarded as having it. The extent to which he is able to exercise it depends upon his past actions, the habits that have formed and so on. This is the level of the relative world of appearances. In reality, there is no individual or anyone ‘acting’ so the question of free will does not arise. We can allow the illusory ego its illusory free will within the constraints of its illusory karma. Indeed, the feeling of having free will and the belief that I am a separate individual may just be related.

Note that the absence of free will does not entail absence of the feeling of responsibility, because the vast majority of people believe that they have free will. And, although I don’t, I do not therefore indulge in irresponsible actions because that is not my nature. As Ramakrishna is reported to have said, “Don’t believe in free will but act as though you do”.

Since the early days of Quantum Mechanics, when Heisenberg postulated his famous ‘Uncertainty Principle’, the behavior of sub-atomic particles has been used to try to extricate us from the logic of the above analysis. Prior to this, it seemed that science had to back up these sorts of conclusions. After all, it was believed that every ‘effect’ had to have a ‘cause’– things did not just happen without any rhyme or reason. Ever since Aristotle, the common belief had grown up that everything could be explained by science. If it hadn’t been yet, it was only because the techniques to study the related phenomena were not yet sufficiently sophisticated.

Philosophers seized on these ideas to try to justify their feelings that our lives could not be pre-determined, that we must be capable of free will. Unfortunately, although Heisenberg’s theories have been shown to have predictive capability (the next best thing to being proven), and have led to such tools as the tunneling electron microscope, they are really only applicable at the sub-atomic level. The problem is that, although we have uncertainty about particular particles, once we get millions of them together, as in the gross matter with which we are familiar, probability takes over and the overall behavior becomes quite predictable.

And so we are back to the position of living out a mechanical, cause and effect existence. If, at the time of our birth we could:

a)      be aware of all of the situations that would be encountered;

b)      understand totally our genetic make-up;

c)       understand what this means in terms of the multiplicity of physical and mental characteristics,

then we could know the entire course of our lives from day one.

So what does Advaita have to say on the matter? When we talk about the apparent individual – the jIva – there is certainly the appearance of free will. Traditionally, there is a choice between continuing to pursue one’s desires, and being subjected to the eternal round of birth and death (saMsAra), or turning towards higher things, following a spiritual path leading towards the Self (sAdhana). Only if this is so can we be effectively responsible for our actions and therefore add to or subtract from our future saMskAra. Only in this scenario does the concept of karma – reaping the consequences of our action – become meaningful.

Yet, in order for karma to operate, there has to be an inescapable chain of cause and effect, even if the effects of a given cause do not materialize until a later life. Thus, even within this view, at the level of illusory existence, there seems to be a contradiction. I.e. we are free to choose but the consequences, including those factors that will influence our future ability to choose, will inevitably follow.

In reality in contrast, Advaita explains that there is no free will, because there is no individual to choose in the first place (and there is no doer anyway, as will be demonstrated shortly in the section on ‘Apparent Contradictions in Advaita’). There are no actions and therefore no results. All is illusory. Unfortunately, knowing that we are dreaming does not mean, per se, that we are able to wake ourselves up.

So are we not ‘free’ in any sense? Well, it comes back to the main question of this book – What do we mean by ‘I’? In the phenomenal world of appearances, the ‘person’ is not free; the ego is driven by all of its desires and attachments, effectively out of control. But then there is no ‘person’, is there? It is literally a ‘mask’. The real Self is totally unaffected by any of this. It is always totally free. We, the Self, are free to recognize this at any and all times, to stand back, as it were, and just enjoy the play. (Remember that the nature of the Self is pure bliss, not dependent upon any external object or event for its enjoyment, unlimited in any way whatsoever.) And do not most plays have a script? Their outcome is entirely pre-determined. In fact, we might not enjoy them quite so much if they were not. It would not be quite the same if Romeo married Juliet and they lived happily ever after.

Also, thinking again about the concept of lIlA that we discussed earlier, from the point of view of the ‘individual’ it is necessary that we do act as though we had free will. If this apparent creation and its apparent inhabitants have been brought into existence so that God can enjoy Himself by pretending to be separate beings, these beings have to believe that they have free will. Otherwise this purpose would not be served. The illusion that we are separate entities is the very thing that maintains the play. And the belief that we have free will plays a large part in maintaining our illusion that we exist as independent persons.

A final way of resolving the dilemma is to think about it in terms of the extent that we are in the present and directing our attention, i.e. using buddhi rather than manas. If we are ‘miles away’, we have already discussed how we go onto ‘automatic pilot’ – manas is in control and we do things mechanically, in a pre-determined way. On the other hand, if we are alert, there is the opportunity for buddhi to ‘choose’ between various possible courses of action, according to which is perceive as most appropriate. Although this act of choosing may still be ‘mechanical’, in the sense that it is determined by what we have learned in the past, the nature of the action is clearly quite different. In stillness, other factors such as morality and dharma can influence the outcome. Discrimination, as opposed to habit, is the driving force.

Almost finally, here is what David Carse has to say on the subject:

“There is no thing to attain, no where to go. There is only acceptance of what is, on the deepest possible level, and even that only happens if it happens. If one is not ready to hear this, it will not be heard no matter how well articulated. When one is ready to hear it, it can be said in passing by someone on the street and it will strike home. When there is a body/mind organism in which this is ready to happen, a certain word or phrase in a certain context can be, like in the Zen story, the ‘sound of the pebble against the earthenware pot’ which causes the cascade failure of the mind and the occurrence of Realization… which is the only possible end to suffering.”

[Perfect Brilliant Stillness, David Carse, Non-Duality Press, 2005. ISBN 0954779282. It is the book for those who want to differentiate between intellectual understanding and realization. I have also noted that it seems to receive praise from both traditional and neo-Advaitins – and that is praise indeed! Extract and review at my website. (Buy US or UK)]

But, just in case that message should leave you with the wrong impression, nothing will happen without self-effort, whether that comes about as a result of mechanistic cause and effect or is freely chosen. It is necessary that certain qualities of mind are attained before one is ready to appreciate the message of advaita. This includes such things as self-control and mental discipline, dispassion and discrimination and, above all, the intense wish to discover the truth about yourself and the world. It is in order to gain these, as well as Self-knowledge, that a ‘spiritual path’ is followed.