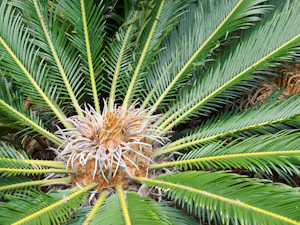 The metaphor of the motor boat crossing a fast-flowing river was used by Swami Chinmayananda. The current represents karma or destiny, as dictated by our prArabdha saMskAra; the power of the motor represents our own self-effort or free will. If the current is strong and our will is weak, we will be unable to overcome its force. If we are able to exert powerful self-effort (puruShArtha), we may overcome the force of habit and forge a new path.

Advaita tells us that who-we-really-are does not act in any case. For there to be action, there would have to be (at least) two things. But, empirically, we the witness see the body (which is only matter) performing actions. We identify with this and think that ‘I am acting’. The Bhagavad Gita (III.27) says: “The guNa-s of prakRRiti perform all karma. With the understanding clouded by egotism, man thinks ‘I am the doer’.”

Swami Chidbhavananda comments on this as follows: “Karma is inherent in Nature which is constituted of the three guNa-s – sattva, rajas and tamas. But there is no karma whatsoever in Atman. The ignorant man is incapable of distinguishing between action-ridden Nature and the actionless Self.

“It is egoism to identify the Self with the non-Self. Two trains stand side by side in a railway station. A passenger in one train fixes his gaze on the other. When the other train moves the man fancies that his own vehicle moves. Likewise the mobility of prakRRiti is imposed upon the immobile Atman. Egoism is brought about by mistaking prakRRiti for Atman. Bondage persists as long as egoism lasts. The egoistic man thinks of himself as the doer while actually he is not. Egoism and agency are the outcome of ignorance.”

[The Bhagavad Gita: Commentary by Swami Chidbhavananda. Sri Ramakrishna Tapovanam, 1986. No ISBN. Buy from Amazon US or UK.]

Swami Muni Narayana Prasad takes a much harder line with the interpretation of this verse. He says that “an action should have an actor (kartA). That means, there should be someone to claim ‘I am doing this’. Only humankind has this sense of agency though all living beings naturally are active. Man is born as part of nature and lives as part of nature. But he does not realize his being an integral part of nature, and therefore is oblivious of the fact that his ability to know, ability of volition, and ability to do works are merely part of the creative function of nature. Because of this obliviousness, he thinks he is the doer of these actions. Such a man is called vimUDhAtmA (the stupefied one or the stupid). Only such stupid ones have the sense of agency and they alone have karma.”

And, of course, ‘I do not act’ also means ‘I do not choose’ either.

Many satsang teachers are much more explicit than this, and neo-advaitin ‘teachers’ are absolutely uncompromising on the subject. This is hardly surprising when most of them are principally influenced by either Ramana Maharshi or Nisargadatta Maharaj. Ramesh Balsekar, although a disciple of Nisargadatta, was also influenced by Ramana. And Ramesh, perhaps, took the doctrine of ‘no free will’ to its limit. The following extract is from the interview with Premananda, from the latter’s excellent book of interviews with modern Indian teachers: ‘Blueprints for Awakening’.

“But for the concept to work, the acceptance has to be total. What then arises is that I know it is only intellectual, I know it is not total. What do I have to do to make the intellectual acceptance total acceptance? The moment I think about it I realize the foolishness in the question. What do I have to do to be able to accept totally and be absolutely certain that I’m not the doer? Obviously nothing. There’s nothing I can do, I’m not the doer! It can only happen if it’s supposed to happen according to God’s will, cosmic law and my destiny. Clear? It can only happen.

“…The question is, ‘If I consider this my action, did I decide to do this action at any time?’ You will find, ‘No, I didn’t’. ‘How did the action happen?’ Then your investigation tells you, ‘I happened to have a thought and that thought led to what I now call my action. If the thought had not happened then the action would not have happened; I had no control over the happening of that thought at that time and place. How can I call it my action?’”

(An excellent idea, brilliantly realized by Premananda in this book, was to ask a number of acknowledged Indian teachers essentially the same set of questions. This enables one directly to compare the differing styles of teaching and the extent to which they are able to communicate the truth about the Self and the world. Read complete review. Buy from Amazon US or UK.)

Nisargadatta himself was often quite adamant on the subject: “Destiny is usually thought of as something that is going to happen in the future. Destiny is all here-now. The script has already been written. I am playing all the characters in the movie; and I am witnessing the movie which is already done.”

But Ramana was somewhat more accommodating of traditional teaching: “As long as individuality lasts there is free will. All the scriptures are based on this fact and they advise directing the free will in the right channel. Find out to whom free will or destiny matters. Find out where they come from, and abide in their source. If you do this, both of them are transcended. That is the only purpose of discussing these questions. To whom do these questions arise? Find out and be at peace.”

[Day by Day With Bhagavan, A. Devararaja Mudaliar, Sri Ramanasramam, 2002. ISBN 8188018821. Buy from Amazon US or UK. Electronically available from http://sriramanamaharshi.org/Allpub_demo.html.]

The neo-advaitin view is simple, because it tries to speak from the absolute point of view.

“’I am a person who can choose’ – the root of all confusion! No, there was never any choice in the first place. ‘I choose’ is a good story, spun by a storyteller who creates himself in choosing himself. In reality, what happens, happens. The story of choice is simply part of what happens.