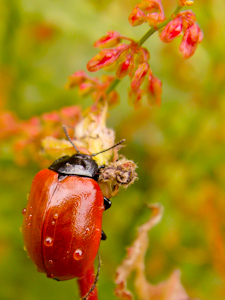 “The experience of willing an act arises from interpreting one’s thoughts as the cause of the act.” Daniel Wegner, quoted in the excellent book: Consciousness: an Introduction, Susan Blackmore, Oxford University Press, 2004. ISBN 0-19-515343-X. Buy from Amazon US or UK.

The scientific views that are often cited in respect of these discussions stem from experiments conducted by Benjamin Libet in the late 1970’s and by Daniel Wegner in the 1990’s. I described these in my books ‘How to Meet Yourself’ and ‘Back to the Truth’. Since very few people have actually read the former, I will quote at length from that:

What exactly is happening when we decide to do something? We might say that it is an intellectual discrimination between several options or the logical conclusion of a series of reasoned arguments. Indeed we might make a variety of similarly waffly statements but what do they actually mean when reduced to essentials? Do we not simply mean that a thought occurred to us to do something? An idea arose in our consciousness and the action followed?

Again I ask you, where do ideas come from? What do we do to initiate an idea? Do we sit down and say: “Right, I am going to have an idea about action”? Well yes, you might say, if you are writing a book in which this is one of the subjects! But even if you do sit down with this intention, what do you do to bring those ideas into the open? If you are having difficulty with the whole concept, I will tell you the answer – there is nothing that you can do. Basically, ideas come to you – when they are good and ready. Thoughts arise and that is all that you can say.

Of course you can put yourself into a particular situation and make good predictions about what thoughts you will have. For example, if you take a man who has been starved of food for several days and place him in a cake shop, you can make a pretty good guess about the sorts of thoughts that will arise. The point is not that thoughts do not follow logically from one to another but that we are unable to initiate a particular thought of our own volition. As far as thinking is concerned, we are still not doing anything. The thoughts are simply coming to us from we know not where and triggering other thoughts and arguments in a manner determined by our particular personality and nature. All of this happens quite automatically and without our conscious consent or will.

You may now be becoming somewhat desperate in your search to discover something for which you can claim responsibility. We might say that, of course, when I decide to do something (whether or not that process involves real doing on my part), I often actually go ahead and do it, there and then. Obviously in such a situation I am genuinely doing something. An example might be going into a room that is dark. I decide (or the decision is made by a process over which I have no control) that some light is needed and that the light switch should be pressed to put the light on. And, behold, there is light! I have done something; I have switched on the light!

Difficult though this may be to accept, there is some doubt even here. This precise sort of situation has been investigated under laboratory conditions by scientist Benjamin Libet (and others who have subsequently corroborated his findings). Although the brain is still little understood, much has been investigated over the past century, for example during open surgery on the brain while the patient is still conscious. Probes have been inserted into different parts and stimulated electrically, while asking the patient what he feels. Conversely, electrical activity from the brain can be measured while the patient is listening to music or recognizing colors and so on. Neuroscientists have observed the behavior of people who have suffered damage in specific locations within the brain and lost the capacity for certain functions. In these ways, scientists have made crude maps showing which parts of the brain are responsible for which senses or processes. Thus, that part responsible for initiating action is known with some certainty, even if the detailed mechanism is not understood.

What Libet found was that there is always a clearly detectable change in electrical potential on the scalp in the area of the brain responsible for action. This occurs between half to one second before any so-called voluntary action. He called this the “Readiness Potential” or RP. The simple experiment that he carried out was to ask the subject to move a finger. One instrument detected the RP and another detected the electrical activity of the finger muscle. The third measure was to ask the subject to state the time indicated by a clock at the point when they decided to move their finger.

On the face of it, the outcome is intuitively obvious. What one would expect to happen is that the subject decides to press a button at time X, then the RP is detected at time X + t1 sec and finally the muscle trigger is detected at time X + t1 + t2. Obviously we have to decide to do something before we actually do it. How can there even be anything to test here? Equally obviously, the very fact that I am describing this experiment means that the results cannot have been straightforward. Well actually, they were straightforward, just the complete opposite of what common sense would tell us. What was found consistently was that the reported decision to move the finger occurred more than half a second after the readiness potential had been detected (allowance was, of course, made for any delay in reporting the clock time).

The implications of this are staggering, namely that our supposed free will is an illusion. We never choose to do anything at all. We merely believe that we have freely chosen to do something after it has already happened by some mechanism that excludes our choosing, conscious or otherwise.

The process that has been proposed by a subsequent researcher, Daniel Wegner, is that any action, A, is directly triggered by a subconscious event, X. The event X, however, simultaneously gives rise to another subconscious event, Y. It is Y that is the cause of the conscious thought and decision to act, D. Thus there are two separate sequences of event: X → A is the actual subconscious cause-to-action process; X → Y → D is the subconscious origin of the conscious decision. Because D occurs before A, we imagine that D causes A; we thus have the illusion of free will.

This is perfectly reasonable. After all, as the philosopher David Hume pointed out, the very idea of cause and effect only really means that, over many observations, we consistently observe that when the cause occurs, the effect always seems to follow. It is perfectly possible that the next observation of the cause will not be followed by the same effect. Because our actions always follow the awareness of a “deciding” thought, we erroneously think that we have free will.

Lest you begin to despair at this point, let me reassure you that from the practical point of view, nothing has changed. Libet’s experiment did not throw into doubt the feeling of free-will that we have. It only demonstrated that it does not actually function in the way that we would expect. We will still continue to act as though we have choice because that is how we feel. Indeed, despite the fact that these experiments were conducted in 1985, most people are quite unaware of them and probably most of those who are aware continue with their lives as if they were not. It is part of what we are as human beings that we behave as though we have free-will and believe that we do. It is not difficult to imagine that the process (of believing we have free will etc.) has some survival value and has developed as part of natural selection. Ultimately, of course, it is the ego that believes it has free will and, since we have already seen that the ego is an illusion, it should cause no additional concern to learn that free will is also an illusion.