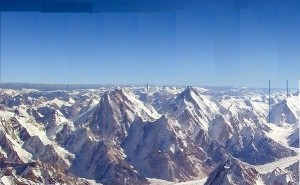 The fear most commonly experienced is the thought that I will end with the death of my physical body. Such a thought equating the ending of the “I” with the ending of the gross body indicates clearly the persisting misidentification of “I” with the body. It is the separate self which feels that it will disappear with the disappearance of the body. The cure for it is the recognition of the fact that the true “I” that I am, as Advaita teaches, is neither born nor will die; “I” is eternal, ageless, and imperishable (Bhagavad-Gita II-20). One who has really understood the Advaitic message abides as the true “I.”  ‘To abide as the true I’ means to be knowingly as that immortal and changeless Awareness and not to mistake oneself to be the body and the mind which are transient and perishable. Therefore, disciplining the body through a drill of practices (as done in skill development like car-driving or carpentry) or control of the mind through repeat exercises (as required for computer coding or mathematics) can hardly be called abidance as the true “I.”  Conscientiously feeling the difference between the phrases ‘I am the body’ and ‘I am aware of the body’ and experientially realizing that difference will help to firm up the understanding.

So let’s be clear that the misidentification cannot be overcome by mental or meditational practices. All such practices may train the mind in being able to take up a thorough investigation into the nature of the true “I” and the behavior of the sense of separate self. Hence it is salutary not to find escapes from the fear felt in the body by diverting one’s attention to some or other object or using meditational practices. The sure way to be free of fear is to face the fear and be with it. The separate self by its very nature can either attend to an object (and thus perpetuate itself) or be dissolved in its source, the Awareness. It cannot stand being investigated, for a close observation of the sense of separate self shows that it is not a thing or entity but it is empty –- it is only an imagined delimitation of the true Infinite Self.

Loosely speaking, the fear of the self that it will disappear along with the body may be called as the psychological fear. The usual response of the separate self to the psychological fears may take one of the two forms: i) In aggrandizing itself; ii) In playing as the victim. So the separate self wants what it doesn’t have or dislikes what it has. Both feelings, however, have one common reason behind – inability of the separate self to be with what-IS the totality of the situation. In other words it resists what-IS. Fear is the name we give to this ‘resistance.’

In contrast, the pure Self is like open space. The open space objects to nothing, does neither get attached to nor does it get affected by anything that goes on within it. The open space does not operate any form of decision-gates to allow or disallow a situation or event or object to come in or go. In fact, the sense of separate self is none other than that judgmental decision-gate exercising its own likes and dislikes.  The judgmental separate self measures all arising things in terms of either being helpful or harmful for its own perpetuation.

Therefore, the best way to face the psychological fears is not to have any agenda with them – to control, diminish, discipline or erase them. One should, instead, remember to be open space-like whenever such fears appear to arise. Deep unattached acceptance of all arisings by saying ‘welcome’ to all situations and events is being space-like. This, of course does not amount to saying that one should develop a contrived humility or become a door-mat in behavior.  One should act and respond spontaneously and appropriately to each situation from the position of being the open space rather than a finite decision-gate. By this shift in functioning on behalf of the space-like Self from that of the finite separate self, one finds that the whole universe, which thus far appeared to have been antagonistic, is quite friendly and one with the seeker.

Simply put, brahman does not or cannot know any fear because there is no ‘other’ for brahman to know. Awareness knows Itself by just being Itself. One can think of two metaphors in arriving at a “conceptual” understanding of this statement. The metaphors are not strictly correct but could work as helpful approximations.

The first metaphor is watching a movie on the computer screen. There may be several characters appearing on the screen. These characters may fight with each other or be affectionate to one another. Does any action taken by these characters affect the screen? Absolutely not –  because the characters themselves are nothing but modulations of the screen. That is to say that the one single screen itself is taking different forms at different pixel positions at any given specific moment. For the screen itself, it does not make any difference if there is a burning fire at one  position and a flowing water at another postion – the screen does not get burnt or become wet. 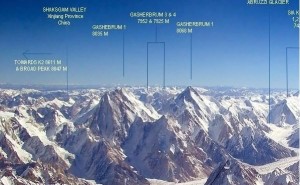 The second metaphor is a mountain range and the peaks. If you consider the picture shown at the top left of this Post, you see a land terrain with changes in relief (relief means, geographically speaking, variations in altitude in an area). We call it as a mountain range (actually it is a part of the Himalayas). The land terrain is one; but the locals differentiate many distinct peaks with characteristic differences in shape, slope, mineral composition, and even floral and faunal cover etc.  They have even distinct names for each peak as shown here on the left.

The totality of the screen or the terrain can be thought of as brahman and the separate movie characters or the peaks can be considered to be the ‘local’ appearances like the human body, mind, thoughts (including the thought of fear) etc.

For ‘gold’ to appear, it has to take some form. It can appear as a nugget or a ring or a bangle, cup etc. Similarly, brahman, when It appears, takes a form. We, as perceivers using the finite apparatus of our sensory system, cannot take the whole appearance in one gulp. We fragment and divvy the entirety into two — the “I,”  the subject, and ‘the seen,’ the object. Next we divide the totality of the objects into two – the tangible and the intangible based on whether they are perceivable by the mind or the senses. We then further distinguish the tangible objects into five categories based on which of the five senses has detected it. But for these divisions,What-IS is just One whole. And only That IS.

Thus what we call as ‘fear’ or a human body or a creature is a local modulation of the One brahman and just as the screen does not know the individual character, brahman does not know ‘fear’ to be different from Itself.

Fighting with ‘fear’ or making efforts to eliminate or eradicate the feeling of fear is completely counter-productive. Learning to live with fear is also an activity of the  sense of separate self. Hence what is important is to notice where one is identifying oneself to be – whether with one’s body or mind or the totality of what-IS and stay as the Totality when the feeling of ‘fear’ is seen to be arising.

6 thoughts on “Fear from wild creatures – 3”