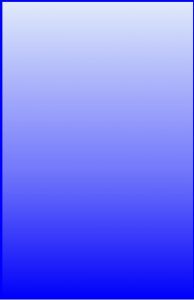 Shankara opens his commentary on the 6th chapter of chAndogya with a very brief intro. bringing out the context of Svetaketu’s story and its relationship (sambandha) to the rest of the Upanishad. He says that the 6th chapter explains two important points, which are:

Appropriately enough, after the completion of the 16 sections, at the end of the chapter, he makes the following concluding remarks:

The points at # 7 and10 above should be particularly noted by those who think  that “in order to be enlightened, it is enough to know that the perceived world is unreal.”

Shankara avers that the teaching in the 6th Chapter is totally focused on and expounds only the Pure Consciousness and the Unicity of the individual and brahman. He contends that, just based on the 6th Chapter, it is hard and difficult for everyone except for the most qualified of the seekers to understand and assimilate that core Non-dual message, which is the import of not only chAndogya but all the Upanishads. The 6th Chapter, having restricted itself to the subject of the Self, does not concern with regard to the extrudates – the world of objects.

Therefore, Shankara says that the 7th Chapter of the chAndogya Upanishad takes a step by step approach in progressively inculcating the Advaitic Truth to a slow learning seeker. It walks him, holding his hand, from the familiar ground he is on (the grossest form of matter) to the Supreme Self (the Subtlest) which remains otherwise inaccessible to the mind and the senses (2.4.1, taittirIya).

Mr. Svetaketu Aruni, a young man in his early twenties is the hero of the 6th chapter. In contrast, a highly acclaimed and revered Sage Narada is the central character around whom the 7th chapter is designed. The name Narada has the derivative meaning as “the one who constantly provides  the waters of Knowledge to people” (nAram jnAnam dadAti iti nAradaH —  “nAra” in Sanskrit means water; Knowledge). He has fulfilled all his responsibilities, and had obtained every type of intellectual knowledge available in the world. Yet, he did not know the Supreme Self, knowing which, it is said that one transcends all sorrow and attains the Ultimate (7.1.3, chAndogya; 2.1.1, taittirIya).

The Encyclopedic knowledge that Narada has already possessed extends to and covers an astoundingly long list of subjects as:

Narada admits that what he knows is all verbal information and he has it in his mind. In spite of possessing so much of information load,  alas, he did not “realize” brahman. Therefore, he approaches, in all humility, the Sage Sanatkumara requesting him to teach the Supreme Knowledge of the Self. [We may take that Narada in this section of the Upanishad represents a typical highly educated intellectual in the modern day world, according to an Advaita teacher.]

Sanatkumara expresses that what all Narada had learnt and got in his mind can be categorized as “nAma,” a Sanskrit word to indicate mere intellectual information that constitutes ideas or conceptual knowledge. In short, all that he knew is no more than  a product of words (6.1.4, chAndogya). Such a knowledge is far inferior to the Knowledge of the Self. Sanatkumara, therefore, leads Narada to the Knowledge of the Self through a golden staircase of 15 steps in an ascending order of subtlety and spiritual value. The steps proceed from nAma at the bottom to prANa at the top and they are:

Every knowledge from the “Name” to “Spirit” fluctuates and is mobile. The Knowledge of the Self is beyond the Spirit and is utterly stable and unmoving.