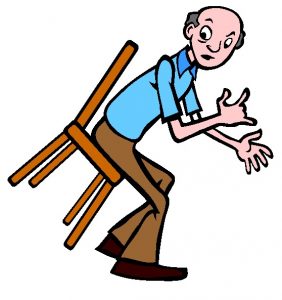 The Post on “The ‘I-am-realized’ Delusion – 5” said, quoting Shankara, towards its end, that “Disembodiedness is the intrinsic nature of Atman” and that is liberation.

The immediate question that arises then is “How to be disembodied?”

Before we answer this question, it is necessary to be absolutely clear in our mind about who is asking this question and why. If the question is being asked on behalf of the body and the reason for asking is to get rid of the miseries, sorrows and pains that the body undergoes in the world, well, Advaita in general and disembodiment in particular, is not the solution.

Does it mean that the body’s problems of disease, decay, hunger, destitution cannot be solved at all? One cannot say “No.” However, one has to look for some other routes to achieve that. But those routes will not lead one to ‘Liberation’ – freedom from being born in the world.

As a matter of fact, the first requirement of the process of ‘disembodiment’ is complete detachment with the body. If one continues to feel identified with the body and thinks, ‘I am my body,’ even subliminally, it will be impossible to be free from the body or its pains.

Suppose, you “identify” yourself with the chair you sit on, you can never get out of it. It will ever be stuck to you and moves along with you wherever you go. The head, for example, cannot leave the trunk and legs in the chair, go out to check the door and come back. The legs, trunk, head etc. are parts and all of them together constitute just one body. In contrast, a book or a gadget in our hand can be either held or put down, because it is not ‘us’ not a part of who we are.

What we truly are is a huge huge “detector” or “sensor” of immense power, unlimited by space, time and substance as expressed in the nirAlamba Upanishad (desha kAla vastu paricchedarAhitya cinmAtra swarUpam) .

Unfortunately, we stay locked-in a finite body-mind, much like a radio is tuned in to a particular broadcasting station or a radar is locked-on to a specific target. To be disembodied is to free ourselves from being locked-in to the body-mind. In other words, we have to “rise” out of the body-mind. As Shankara says,

Meaning: The term ‘rising’ cannot be taken in the ordinary sense of rising from a seat; because the text speaks of ‘his own form’; one’s ‘own form’ is not to be attained by rising out of something else; in fact, it would not be ‘his own form’ if it had to be reached. And more importantly,

‘Rising out of the body,’ as Shankara explains, is that one should “give up the notion that the Body is the Self.”

‘One’s own form’ is already what IS! It cannot be obtained by reaching elsewhere.

In his own characteristic way, Swami Krishnananda provides good clarity on these issues. At the mantra 8.3.1, chAndogya, he writes:

“There is, really speaking, no such thing as this world and the other world. There are not many worlds, there is only one vast continuum of experience. The distinction of this world from the next world and many other worlds arises on account of the varying densities of consciousness which appear to cause different levels of experience. We cannot actually establish a conscious communication between dream and waking, for instance, notwithstanding the fact that there is no real gulf physically speaking between waking and dream experiences. There is absolutely no distinction, if you seriously investigate into the structure of dream as well as of waking.”

At 8.3.3, chAndogya, the Swami says, “Our day-to-day experiences are not merely empirical or secular, as we normally dub them. There are no secular experiences or worldly experiences or physical experiences. They are only names that we give to the one experience of Truth. And these names are given only for the purpose of convenience in language to distinguish one type from another in our empirical dealings. In fact they are all one mass of experience, like a single body of an ocean of waters with different sizes and forms of waves. In every experience we can plumb into the depths of Truth, even as in every wave we can have water. With every perception we perceive That only. In every kind of cognition there is a cognition of Reality. But unfortunately we mistake the Being for objects on account of the habit of the mind to define things in different ways.”

Thus what is important is not whether one considers the visible world to be real or unreal, but to transcend the pairs of opposites by shedding the ignorant concept that we are limited to a body-mind and realize that we are formless – the true sense of being disembodied.