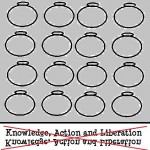 When Ed Witten, the legendary genius Physicist of Princeton, proposed his theory integrating the four or five disparate string theories during the mid-nineties, he called it the M-theory. He did not specify what exactly M stood for.  So Science Communicators went wild with their own interpretations. Some said M is for Mother to say it is the mother of all theories. Others said M is for Meta. Still others said M is for Membrane or Matrix. Some even suggested M is for Mystery or  Magic.

I leave it to the imagination of the reader what AV stands for in the title of this Post.

It can mean Another View, Advaita Vedanta, Alternate Version, Astonishing Vision, Absolute Veridicality or one can even split the two words and pair them to suit to their taste — like Absolute Vedanta or Another Version etc.

First Kudos to Dennis for a smooth and clear explication of a topic usually considered abstruse and difficult in his recent post titled “Knowledge, Action and Liberation.”  He takes off with an elan and panache that only he can. But en route he hits a patch of misdirecting metaphor. The promised destination, alas is missed!

When one tries to eff the ineffable, convey something about the inconceivable, one takes recourse to a metaphor. In the good old days, a desk top used to be a good metaphor for the architecture of a computer. But if the metaphor is inappropriate or is contrived or concocted to shoehorn one’s own pet mis-conception, the effort will be a sham.

Vigilant readers would not be unaware of the red flags we were often fated to raise in these columns pointing to the mistaken interpretations of a gentleman who is sourced for the misleading metaphor under reference.

“Nothing needs to be ‘done’ to gain mokSha because we are already free; mokSha is an already accomplished fact. We are not a body-mind but the sachChidAnanda brahman. All that needs to happen is for the fact to be revealed by shravaNa, doubts to be removed by manana, and the mistaken idea that Atman is something to be found elsewhere to be dropped. That we are already brahman then stands revealed.”

Truly memorable words to be etched in gold.

How does one convey the implied meaning of that remarkable understadning? Our shAstra-s themselves come to our rescue.  They provided the most apt similes.

Perhaps, all the readers are already quite familiar with these. So I shall save space (and boredom) by only listing four of them here:

Please spend a minute to see what is the “work” done in the above metaphors to get back to the pristine ‘Original’ position.

Is any wiring of the power lines, installing switches, fixing bulbs involved? Is there a darkness to be driven away anywhere? Has there been darkness at all anytime in the past?

What is the light being advised for? Is not the word “light” just symbolical or figurative here? Does one have to perceive anything sensorially out there? What “light” does one need to install to know that “I am” there even when one is sitting in the darkest of the dungeons?

Advaita Vedanta, in fact, draws one’s attention to that inward look, netrasya netraM, away from the outward gaze, to that self-illumination that enables one to know one’s own ‘beingness.’ And for that none needs to have to go about groping for switches or tumbling over objects! ‘Stay where you are and notice that Awareness with which you are aware,’ that is all the mantra.

Does it not sound funny or silly to talk of two layers of curtains obscuring the light? Why two? Why not suggest three or five or 1 and 1/3 or 1 and 1/15 curtains? Is it to conform to the proposed theory?

Further, one has to remember that, when our scriptures talk of shravaNa, manana and nididhyAsana, they do not suggest that they are different school grades that one has to compulsorily cross one after the other. They are not stages mandated. They do not come with definite curricula and prescribed “to do” lab hours necessarily to be attained. They are indicative phases. All of them may and can occur simultaneously, or one or two may even miss happening. Knowledgeable teachers and scriptures themselves say so.

It is also strange that one brings in an artificial distinction between a jnAni (Knower of Self-Knowledge) and a jIvanmukta. If it is more than a mere convenience to fit one’s pet theory, can we get any authentic upanishadic citation for this differentiation (preferably from shruti or ShankarabhashyA-s?