Part 2: Origin of the Universe and What was there before the Big Bang: 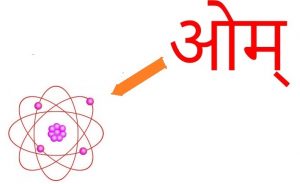 4.  Why did the universe come into being?

Science has no answer as far as the ‘why’ question goes. No apparent ‘purpose’ is obvious and evolutionary biologists would like to say it is just ‘blind’ – no specific objective or goal to be attained.

The undiluted and unadulterated Advaitic view is that the universe is just an imagination, a fantasy. One may imagine a universe as per one’s own predilections and then one sees only such a universe. We have very interesting stories about the various types of universes imagined by different characters, fictitious or real, in Yogavaasishta to illustrate this point, for example.

In spite of the fact that the universe is purely imaginary, still we do perceive something solid out there, transact within it and identify our ‘life’ with it. Even if we say that the ‘how’ of the universe is answered to be no more than a ‘thought process’, why should it still be what it is?

Vedanta has no single or precise answer for ‘why’.  Several explanatory ‘artefacts’ are built and each person may accept what he/she feels comfortable with as per his/her taste! A young intelligent correspondent of mine once asked me the same question. When I tried to list down the various explanations we come across in the scriptures, I found as many as 15-20 answers! Maya, an indefinable power of delusion; leela, a divine play; karma, the effect of past action; avidya, ignoring the present; chidabhasa, the first thought of a ‘me’; and ownership and doership claims etc., etc., are all example of such artefacts.

Western science admits that it is an ‘explanatory gap’ – we have no tangible mechanisms to explain the arising of matter from Consciousness.

The bottom line, as per Vedanta, is that there is truly neither a creation nor a universe out there. What you see is like a dream, a castle in the air. Therefore, what does it matter what explanation is offered for ‘why’ of the universe?

The true answer lies in the fact that it is a groping, a searching ‘mind’ that wants an answer. This search for an answer comes out of: either (1) a desire to have better control, for whatever reason, for prediction; or (2) an investigative ‘curiosity’ to know what is involved in all this to be whatever that is.

Expressed differently, it is the mind searching for the reasons and explanations for the ‘why’ of the universe. The driver for this searching and groping is a ‘sense of lack’ felt within the mind – its inability to abide fully with what IS. The sense of lack is a gnawing feel of incompleteness, it is a sense of ‘void to be filled’ that pushes one to probe.

In other words, it is an effort to escape from what IS, a failure to be fully happy with what IS. So Vedanta exhorts us to look into this ‘feel of void’ and provides pointers towards the what IS. If one is immersed fully with what IS, one is with IT, there is no one separate from what IS in order to even raise a question. This is the True Knowledge, not an accumulative type of knowledge that an expert acquires through practice and continuous experience.

In fact, one has to shed all the ‘known’ in order to understand this True Knowledge, which is beyond the capability of the mind. Then the mind and its constant groping to fill an imaginary ‘void’ will end right then and there.

5.  Before the Big Bang, what existed and how did the present shape of the world come about?

Perhaps it is first essential to know what we understand by the words ‘Big Bang’ before proceeding to know what was there prior to it.

The words ‘Big Bang’ give us an impression of a huge explosion. So we want to know what it was that exploded. The fact is there was no explosion, no Bang!

The name ‘Big Bang’ was coined in a derisive sense by Professor Fred Hoyle to a concept that opposed his own theory about the universe. The amusing thing is that the name Big Bang stuck to this concept, but it was Hoyle’s theory that was discarded!

Though this theory has been able to explain a lot of physical phenomena associated with the universe, physicists have been always very uncomfortable with this theory when it comes to describing the properties of that point source, which is supposed to have expanded. The technical name for the point source is ‘singularity’. No known physical laws are applicable here; that is to say that meaningless infinities are obtained as answers if we try to estimate the physical parameters at singularity.

Further, the theory was unable to explain the shape of the universe. Therefore, physicists have always been on the lookout for a more convincing theory. Alan Guth in the eighties thought of a very rapid phase of expansion immediately preceding the Big Bang, and this was described as the ‘inflationary’ phase of the universe.    Assumption of an inflationary phase could explain certain features of the universe – the shape, the graininess, and so on.

So what existed before the Big Bang was inflation. Though this concept of inflation has got a wider acceptance amongst physicists, doubts are still being raised if it really did happen. Some of the objections for the theory of inflation are: ‘Highly improbable conditions are required to start inflation. Worse, inflation goes on eternally, producing infinitely many outcomes, so the theory makes no firm observational predictions.’

Now, if we reframe your question to what it was that ‘inflated’, we have no definitive answers. Steinhardt from Princeton and Turok from Cambridge, who is now at Perimeter Institute in Canada, came up with a theory that matter cannot be compressed infinitely to a point; in other words, singularities cannot exist in nature.  After reaching a certain minimum size, it will rebounce and begin again to expand.  So they conceived that our universe expanded from a pre-existing minimum size universe. This gives the possibility of alternate expansions and contractions of the universe. This is christened as ‘cyclic model’ of the origin of the universe. Later on, they reformed the theory extending the concepts from ‘String Theory’. And they said that our universe is a 4-dimensional Brane floating in 5-D space and colliding with another Brane once in a trillion years. Brane is a fancy name for ‘membrane’ – an imaginary object or surface of 0 to 9 number of dimensions in String Theory.

Because of the fact that the cyclic model is so much in resemblance with what the Eastern religions conceived of about the universe – repeated creations and dissolutions – this theory received some criticism as being influenced by religious thought. There are other theories also based on the ‘strings’ that postulate multiple universes or multiverse.

Michio Kaku compares the multiverse to a bubble bath. Each bubble represents a universe. ‘There are multiple universes bubbling, colliding and budding off each other all the time,’ he conceives. One big advantage of a multiverse concept is that it solves the problem of why the laws of physics in our universe seem to be fine-tuned to allow life and us sitting comfortably here. ‘If you change the mass of the proton, the charge on the electron, or any of an array of other constants, we’d all be dead.’ Why is this so? Did someone create this special universe for us? ‘The multiverse explains the problem without resorting to the supernatural. If there are infinite universes, each one can have different physical laws, and some of them will have those that are just right for us.’

Then there is a suggestion that the universe is made up of Planck-size, space-time atoms, which keep on coming together, form universes, break up and bounce off. However, it did not get much acceptance. More recently a lone physicist came up with an idea of the application of Lie groups to answer the origin of the universe.

Whatever may be the theory, what we have to appreciate is that they are all basically conjectures, concepts. All concepts are thoughts. We may have more faith in a particular concept because it satisfies certain logical and other predictive criteria we may have set as a priori conditions. As Robert M. Pirsig said in his famous book, Zen and the Art of Motorcycle Maintenance, ‘The ancients had their ghosts to explain things and we have atoms now!’ or something to that effect.

Therefore, if the Big Bang is a concept, what could exist prior to this concept? Will it not be another concept, devised and designed through some logic that you feel comfortable to be with and convincing at a given point of time?

The ancient sages also conceived of different models to explain the origin of the universe. Some of these look pretty unconvincing and even hilarious to us. But the point to be remembered is that the sages too in the end said that the whole issue of a universe being there at all, or someone creating a universe, itself is a ‘conception’; simply, an imagination. No ‘thing’, including a universe, is actually ever there. These are the Non-dualists of ajAtivada, ‘nothing is ever born’ school.

I may say in passing that the latest view of theoretical physicists is that space and time are not truly properties of the universe at a fundamental level. The space and time emerge somehow ‘like food between the stove and dining table.’ Of course, I should admit that the physics and math involved is far too beyond me. But these concepts are quite nearer to what Vedanta says.

Recently, I heard David Christian’s talk at TED. He tells the tale of the entire universe in 15 minutes, from the Big Bang 13 billion years ago to present day, albeit in a different context.