A (Dennis): Knowledge, according to Western philosophy (I think) occurs when you believe something and that belief is both justified (by experience and reason) and true. In order to become Self-realized (I don’t know what you mean by ‘God-realized), you have to subject the ideas of Advaita to doubt and questioning and repetition and consideration etc until such time as your beliefs become knowledge.

I had an experience about 25 years ago which provided me with a powerful illustration of how different knowledge is from belief.  You will have to bear with me as it takes a little while (and two diagrams!) to explain. 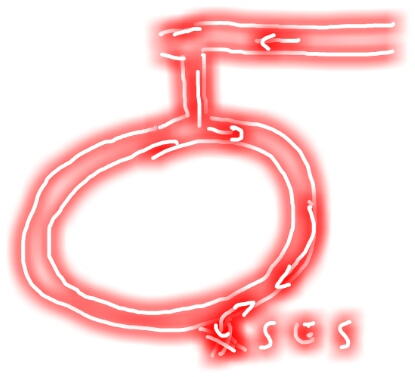 I used to attend philosophy lectures at a school called SES, which holds its talks in rented buildings scattered about the country. At this time, they were held in a house on a circular avenue as in the first image on the left. I always approached along the road at the top, turned left into the avenue and then clockwise to the school. On leaving, I always returned the same way – anti-clockwise, then right and right.

Then, one night, for some reason, I carried on in the same, clockwise direction and then turned left, and then right at the main road as usual. Except that I suddenly hit some traffic lights that had not been there before and I realized that I was somewhere completely different! I quickly recognized where I was and took corrective action but I was completely mystified as to how I had got there.

I puzzled over this for some time, wondering if I had had some sort of mental blackout or been so involved in thinking about what we had been talking about that I hadn’t been paying attention and went the wrong way for some reason. 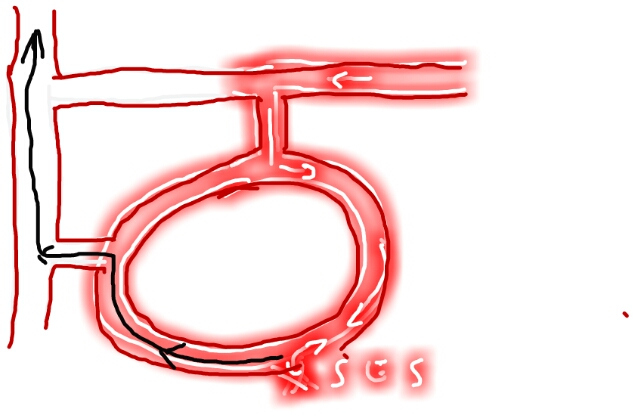 And then, at some point, the explanation came to me and I knew beyond any doubt what must have happened, even though I had not looked at a map or spoken with anyone about it. The actual layout of the avenue had to be as shown in the second diagram. And so it was of course. But the point is that, when the answer came to me, it came as certainty, not as some working hypothesis or plausible explanation. (Apologies for poor quality of diagrams – I did them on my tablet using software I haven’t used before.)

So this is the certainty for which you are looking. It comes of itself when your mind is ready. You simply know that there is no other answer, even though you cannot look at a map to check your conclusion. If you have the belief already, you have presumably had sufficient shravaNa. You now need to give yourself more manana and nididhyAsana.