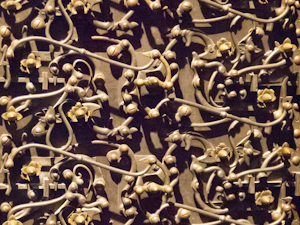 Science is not a pramANa (means of knowledge)

While philosophy may remain satisfied with the conceptual comprehension of the absolute and science with the never-ending search for it, religion points out the way to its immediate apprehension. Swami Satprakashananda (Methods of Knowledge according to Advaita Vedanta, Swami Satprakashananda, Advaita Ashrama, 1965. ISBN 81-7505-065-9. Read Extract from this book, which is highly recommended.)

Science relies on making observations as its fundamental starting point. From these, inferences may be made, theories postulated, predictions made on the basis of those theories and experiments devised to test those predictions. But, again, those experiments rely upon further observations. No definite, conclusive statements may be made because further observation might show them to be false. A classic example of this was the belief that swans were white. So entrenched was this belief up to the end of the eighteenth century, because every swan that anyone had ever seen had always been white, that one text book on logic used the statement ‘All swans are white’ as an example. And then an exploration to Australia found a black swan…

The findings of science will always be subject to modification in the light of further observation. This is the nature of the method. But the recognition of my Self as non-dual is not objective knowledge. It is directly known, not thorough the medium of any sense, not requiring any reasoning process, and not subject to correction. It is final and absolute.

Basically, science itself is not a means of knowledge; it relies on the other pramANa-s, principally perception (pratyakSha) and inference (anumAna). And, as Ayers pointed out in his ‘Language, Truth and Logic’, it is never possible conclusively to verify any statement based upon these because its validity may be overturned by future experience.

Perception is necessarily restricted to things in the visible, external world; things that have color, form, mass etc. Inference relies upon these perceptions, together with the historically perceived relations between them, and so is similarly restricted. The other classical means of knowledge accepted by Advaita, apart from shabda pramANa – knowledge from scriptures or other trusted source – are also dependent upon perception. Accordingly, since Brahman is not something that can be perceived or inferred, it cannot be accessible to science. It can only be known directly, in the sense of ‘I am That’. And, since we are already That (there is nothing else!) but do not realize it, the only way that we can discover it, is for someone or something to tell us.  This ‘someone or something’ has to be reliable, someone in whom we have complete trust, namely our guru or the scriptures.

According to Advaita, words tell us about one of four things:

.  jAti or species (e.g. we can talk about a ‘bristlecone pine’ which we haven’t ever seen, when we understand what a ‘tree’ is);

But Brahman is not a member of any species, has no properties, does not do anything and is not related to anything else. So, not only can we not perceive or make inferences, comparisons or suppositions about it, we cannot speak about it either. The kena, muNDaka and kaTha upaniShad-s all state that neither eyes, speech or mind can reach Brahman. Brahman is that which enables the eyes to see etc. and every thought depends upon Consciousness but Consciousness cannot be the object of thought. As Swami Dayananda points out:

We cannot truly say that the self (Atma) is beyond the mind and intellect since it is the very consciousness in which they have their existence. Some uninformed people wonder how they can transcend the mind and intellect to reach the self. Some say that a special experience is required, and some believe this. But this Upanishad (i.e. the kena) says it is not so. To call the self the ‘ear of the ear’ is a beautiful way of revealing the self that is already self-evident. There is no need to reveal its presence because nothing is away from the self (Atma). Everything depends on it, while it is independent of everything. (A Collection: Talks and essays of Swami Dayananda, Sri Gangadhareswar Trust, 1999. No ISBN. Purchase from Arsha Vidya Bookstore.)

Conclusion – Testimony is the only means for knowledge of reality

The Vedic scriptures should not be regarded as ancient musings (in a dead language) by people who were ignorant of the findings of modern science. The teaching of advaita had no hidden agenda of establishing a hierarchy of priests who might profit from the gullibility of the masses. On the contrary, they provide a record of the truth directly realized by generations of past Sages and of the methods and teachings that can help us to the same understanding.

At no time are we asked to accept anything that is contrary to reason or in conflict with our own experience. Gaudapada and Shankara both insist that ‘that which is stated by the scripture and supported by reason is true and nothing else’. (Gaudapada Mandukya kArikA 3.23.) The truth of the scriptures has been verified innumerable times over the several thousand years since they were written down. This can also be realized by anyone who desires enlightenment above all else and is willing to follow the discipline of developing control of the mind and senses, dispassion and discrimination. It is true that the scriptures were written in a language which is now accessible only to a few, so that ideally one should commit to a prolonged course of study from a teacher who is both enlightened and is able to interpret and utilize the methodology that has been proven to work. Disciplines alone will not achieve the desired end; only Self-knowledge can remove ignorance.

Science can obviously never substitute for this process because it knows neither the reality itself nor any means of uncovering it in the mind of the seeker. It is truly a case of the blind leading the blind, without even having any clear idea of the destination.

The scriptures point to, but do not attempt directly to describe the reality, knowing that this is beyond the power of words or thought. The aim, in fact, is not to ‘know’ at all but to ‘be’, as John Grimes explains in this final extract:

Thus it was said that religious discourse is a conceptualization of that which is destroyed as soon as it is conceptualized. It seems to both reach its object as well as to miss it. Because both the subject and object are present in an act of knowledge, a gap exists which cannot be bridged. There is no such thing as knowledge of an object, ‘as it is’, independent of its relation to the knowing subject. Any act of observance changes the object observed. This is a fact which philosophy has long known and even the physical sciences are now coming to recognize. For any knowledge to occur, there must exist the subject-object polarity and it is this very polarity which distorts what is known. Never can the subject get over the gap between itself and the object. The subject cannot keep its subjectivity ‘out’ of the object. And yet this is exactly what religious discourse attempts to achieve. By stating the fact of their Ground of Being, their dichotomy is overcome.

Identity statements are the best examples of this attempt because there is no separation between their meaning and the Reality to which they refer. All other types of statements use words to define objects which may be then grasped by the mind, but in doing so, a gap is opened between the object understood and the meaning created by the word. An object as understood is not the same as the object ‘as it is’. Therefore one may say that language both reveals as well as conceals. The uniqueness of religious discourse is that it transcends itself when it refers to the Reality beyond the split between the subject and the object. Language truly becomes religious discourse whenever it facilitates the act of knowing into the state of being. (An Advaita Vedanta Perspective on Language, John Grimes, Sri Satguru Publications, 1991. ISBN 81-7030-250-1. Buy from Amazon US or Amazon UK.)

Science should accept that it is irredeemably limited to the realm of objective investigation. This is its strength and, if some scientists wish to provide useful input to the spiritual search, they should restrict their endeavors to the ‘net, neti’ stage of the path. The Uncertainty Principle of Heisenberg clearly demonstrated that there comes a point in one’s investigation into the increasingly subtle behavior of matter, when the irreconcilable conflict between subject and object prevents any further data from being gathered. Science needs to accept that this is its terminus. Consciousness itself is the subtlest of the subtle, beyond even observation, when the subject-object dichotomy itself disappears. No one goes there by definition.