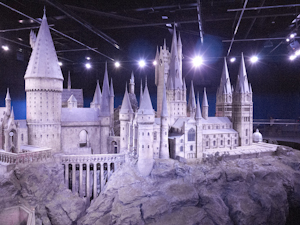 The world is mithyA

The universe and everything in it, including the objects that are being investigated, the person doing the investigation and the discipline of science itself are all mithyA – they are not themselves real at all. Here is a short definition of mithyA that I give in the new edition of ‘Book of One’:

Literally, the word means ‘incorrectly’ or ‘improperly’ and this refers to our treating things as independently ‘real’ when they are not. The word ‘independently’ is important here, because we are not saying that the chair on which you are presently sitting is illusory – obviously it is not! What is being pointed out is that it is not a substance-in-itself. It is probably made of pieces of wood, connected together by special joints and adhesive. The final form is designed to be suitable for sitting upon comfortably. In theory at least, you could disassemble the chair and use the pieces to build a table. ‘Chair’ is simply the name that you give to this particular form. The actual substance is wood.

Or at least that is what seems to be the case at first sight. But, as was described in the example of the gold ring, wood is not actually a fundamental substance either. It is a mixture of cellulose fibers and proteins and chlorophyll (or whatever!). These, in turn, are molecules made up of atoms, which are made up of particles…

The same analysis may be applied to anything in the universe. It is more difficult to apply to subtle things such as thoughts and emotions but the same principle applies. What Advaita says is that everything in the universe, indeed the universe itself, is only name and form of one, non-dual, fundamental reality called brahman (or Consciousness or Self etc.) The word for reality is satyam. Every (seeming) thing else is mithyA. Another definition, therefore, for mithyA is ‘dependent’ reality. Things have no reality of their own; there are no other ‘substances’. Every seemingly separate thing is actually just a name and form of brahman.

Thus, the chair has no independent existence of its own; it depends for that existence upon the wood. The wood does not depend in any way upon the chair and so could be regarded as real with respect to the mithyA chair. But when we look at the wood, we discover that it depends for its existence upon cellulose etc. so it has to be regarded as mithyA from the vantage point of the cellulose. And so on. The only thing that can be regarded as ‘truly’ real or satyam is that which is not dependent upon anything else for its existence. This ‘reality’ cannot be further broken down in any manner whatsoever – it is irreducibly real. This description is simply not applicable to any material object. All objects are made up of something else and can be further divided or reduced. So, if the ultimate reality cannot be an object, it can only be a subject. ‘I’ am the final, independent reality – Consciousness; the non-dual ‘background’ reality of all of the apparent creation. And satyam can never be investigated (as an object) because it is non-dual. It can only be pointed to, using the proven techniques of Advaita, and eventually recognized as one’s own self.

Advaitins understand that reality is non-dual, but are nevertheless able to accept and make use of scientific findings at the level of the world. But, as long as scientists continue to think that their findings have some validity from the standpoint of absolute reality, they will get nowhere at all in understanding the nature of that reality. The mithyA universe has no independent existence so that any data obtained from it can tell us nothing about satyam.

One of the key teaching methods in Advaita is known as the avasthA traya prakriyA – the three-state teaching. Advaita regards all three states of consciousness, namely waking, dreaming and deep sleep states, as equally valid from an experiential point of view. They are also mutually exclusive, so that it is not meaningful to investigate the dream state, for example, from the vantage point of the waking state because the dreamer ego and its dream world no longer exist. It is not true to say that the dream world is unreal – it is perfectly real from the vantage point of the dreamer and, indeed, from that vantage point, it is the waking world that is unreal. Science, however, regards only the waking state as ‘real’ and believes that it is perfectly valid for the waker to inquire into the other states.

Krishnaswamy Iyer had this to say on the topic (Ref. 10):

Life presents three independent aspects commonly recognized as the three states of the soul, viz. waking, dream and deep sleep. A notion of Reality derived from the observation of the waking consciousness alone must be necessarily imperfect and hence involve endless contradictions. Our knowledge obtained by intuition of the other two states should be placed side by side with that of our waking experience to ensure its correctness. Vedanta has done this in its own inimitable manner, and claims for its dictum both infallibility and finality.

Sleep, dream and waking are independent experiences. Each is essentially reality in its entirety, being an expression of the real. But the world and the egos appearing in each have a real value only within the state and none beyond it. Although the dream world is stultified now, it was real at the time, our sense of reality having since passed on to the present waking world. Hence the dream-world is regarded as a mere hallucination while waking life is looked upon as unquestionably real. This reality, however, cannot be the ultimate reality, since waking life is but one expression of life which runs through all the three states. The highest reality is to be found in the Pure Consciousness of sleep which is usually identified with unconsciousness. But the fact is that while Pure Consciousness remains entire and unchanged throughout the three states, yet in waking and dream it splits itself up into subject and object; and waking and dream must derive their genesis from Pure Consciousness alone, as apart from it there is and cannot be any other reality.

Vedanta or the Science of Reality, K. A. Krishnaswamy Iyer, Adhyatma Prakasha Karyalaya, 1930. No ISBN. (Currently out of print.)

Narain differentiates between the Experimental or Induction method for philosophical investigation and the Transcendental Method used by Advaita. The former method, used by Science, aims to analyze the Self as though it were an object. Narain points out that: “The most pernicious character of this method is its constant and obstinate ‘objective attitude of mind’ resulting in the decentralization of the self so that the self instead of being presented in its real aspect is identified with the pseudo egos or the spurious selves, as they are called, such as the intellect, the mind etc. …the ‘subject’ being the transcendental condition of the ‘object’ cannot be identified with it.”

The Transcendental method recognizes the subject as the basis of knowledge and that it is forever separate from any object that might be under investigation and, in particular, “all distinctions, whether between the subject and the object or between the objects themselves, are within consciousness itself.

“The self, therefore, is the prius, the foundation and the precondition of all empirical and transcendental knowledge.”

‘I’ am always the one who knows, but I cannot ever know ‘I’ in an objective sense, since I am prior to all knowledge. But, despite this fact, nothing is more certain than that I exist. This is direct and immediate, self-evident knowledge. Shankara explains this in his commentary on the Brahmasutra (II.iii.7):

“Any idea of the possibility of denying the existence of the Self is illogical, just because it is the Self. The Self is not an adventitious effect of any cause, it being Self-established. For the Self of anyone does not require to be revealed to anyone with the help of any other means. For such means of knowledge as perception etc, that are taken up for proving the existence of other things that remain unknown, belong to this very Self. …And it is not possible to deny such a Self; for it is an adventitious thing alone that can be repudiated, but not so one’s own nature. The Self constitutes the very nature of the man who would deny it.” Brahma Sutra bhAShya of Shankaracharya. Translated by Swami Gambhirananda. Advaita Ashrama, 1996. ISBN 978-8175051058. Buy from Amazon US or Amazon UK.

Note that all of this is not to say that Advaita proceeds in some sort of intuitive or illogical manner, as opposed to the rigorous and repeatable methods of science. Indeed, the scientific approach, using reason and observation, is intrinsic to Advaita. Atma vichAra – the inquiry into oneself – embodies the best of the ‘scientific method’, in so far as this refers to those principles. Similarly, the methodologies of Advaita – the prakriyA-s that are utilized by qualified teachers based upon the material in the Upanishads – are totally reasonable and able to be validated through one’s own experience. Furthermore, lest there should be any doubt about this, Advaita makes use of the mind just as much as science. The mind may be the source of our problem but it is also the only means for solution – enlightenment itself takes place in the mind.