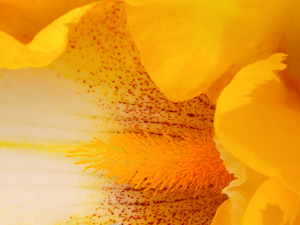 An Overview by C.S.Baskaran
(Part 2)

Identity of the Self and Brahman: The indwelling self is identical with the ever changeless Brahman – the pure existence consciousness. It is the cause of this Universe. The indwelling self (jIvAtman) is aware of both the ‘I’ thought (ahaMkAra ) and ‘this’ (idam- vRRitti ) that resolves in deep sleep. This is the central theme of this text. How such a statement is made, if asked, the answer is that it is not a contradiction as revealed by The Scriptures/ Upanishads. It is proved by shruti, pramANa, logic, and experience as in deep sleep. Seven such pramANa-s are referred to as follows.

All these assert the oneness of the Self and Non-Self. Kenopanishad ( I.5 to 9) states that Brahman is not experienced by the sense organs through the mind but is the witness of all the sense organs and the mind. Such a Brahman is the substratum and it is ‘you’ the seeker. Brahman has been introduced as pure existence and the cause of the Universe as in Chandogya Upanishad to Svetaketu, the student, ‘sadeva soumya idam agra AsIt’ which is extremely subtle and imperceptible. Shruti teaches that it is ‘you’. The space inside a pot, called pot space, is not part or product of outside space (mahAkAsha ), which is indivisible. Similarly the indwelling self is also not a part or product of Brahman. This is the truth. One and the same space is called pot space because of its association with the pot. In the same way all pervading consciousness/ Brahman is given the name jIvAtman, the indwelling self, for transactions with the world because of its association with the body, mind, and intellect complex.

Scriptural passages distinguish the indwelling self and non-self (ahaMkAra/ego). Upanishads declare that Brahman created all this that exists and entered into that very thing [(Tai. Up.  II.v.1)  and (Ch. Up. VI.iii.3)], just as the space is available in the pot after creation of the pot.  Another example is the waker creating the dream world of objects and witnessing the dream. Even though the Upanishads deal with creation of the universe from Brahman, the intention is not to establish the creation but only Brahman as one without second. Brahman is non-dual (ekam/advitIyam ). This is asserted indirectly by revealing the cause of creation as real/satyam  and the creation as unreal or mithyA. On the other hand, if the scriptures establish the duality, then it becomes meaningless and useless as it has no benefit to the seeker/student.

The scriptural study is meant to give the result as realization of the oneness of jIvAtman and Brahman as in ‘ the knower of Brahman attains the supreme’ (Tai. Up. II.i.3), ‘ the knower of the self transcends sorrow’ ( Ch. Up. VII.i.3), etc. The duality of the Universe is not the central theme of Upanishads. It establishes Brahman as real/satyam   and the Universe unreal/mithyA. If the scriptural statement reveals the plurality of creation it will not align with the Principal statement/mahAvAkya ‘tat tvam asi’  of the scriptures. The changeless indwelling self who witnesses, as though, all the functions of the mind, body (mobile and immobile), is the same as the pure existence-Brahman that establishes the central theme of Vedanta.

Dvaitin’s view and its refutations

Dvaitins ( opponents before Madhvacharya ) do not accept the oneness of the inner self with Brahman. According to them the principal statements need to be interpreted differently in four ways.

Refutation of the above objections

The Principal statement is not meant as an injunction and is different from other scriptural injunctions known as vidhi vAkyam-s intended for meditation. It is meant for instructing the ‘I’ in indwelling self expressed by the term ‘you’ along with the word ‘tat’ in (Ch. Up. VI.viii.3), which states that Brahman itself entered in the form of the soul of each individual being. Hence the individual self is essentially Brahman alone. In the injunctions, visualization is prescribed to meditate upon mind, sun, space etc, ‘as’ (iti) Brahman only. Whereas the principal statement does not instruct for visualization, but states a fact to perceive. Hence it is different from all the injunctions which do not reveal the nature of Brahman in mind, space or sun; it only super-imposes them on Brahman.

Suppose the words ‘meditate upon’ and ‘as’ are removed from the injunction then the sentence becomes mind is Brahman. Here the mind becomes an effect and Brahman the cause. When the effect mentioned in a sentence is in the same case ending relation with the cause, it implies that the effect is unreal and the cause alone is real. Similarly the text ‘mind is Brahman’ declares that Brahman is real and the mind unreal. That runs contradictory to the very central theme of Dvaitins. For them this world consisting of mind etc is as real as Brahman. Secondly leaving out the terms ‘as’ (iti) and ‘meditate upon’ ( upAsIta ) in the injunction mentioned, the sentence cannot be on par with the text tat tvam asi because the former emphasizes the unreality of the mind and the truth of Brahman, while the latter asserts the absolute identity between individual self  and Brahman.