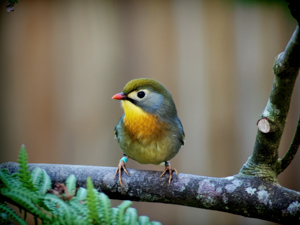 Once you are much more familiar with the individual scriptural texts, you will know that sometimes these words are used almost interchangeably. For example, in his bhAShya on the Brahmasutras, Shankara uses the word ‘brahman’ throughout to refer to both nirguNa (brahman) and saguNa (Ishvara) – he expects that, by the time you reach this text (having studied all the major Upanishads and the Bhagavad Gita), you will know what he is talking about in each individual case!

The fact of this occasional ambiguity could lead one to speculate that the words Atman and brahman are actually intended to be synonymous in the scriptures, and that their differentiation is a Western imposition, perhaps based upon our use of the words ‘soul’ and ‘God’ in Christianity. For example, in Potter’s Volume 3 of the Encyclopedia of Indian Philosophies, ‘Advaita Vedanta up to Shankara and his Pupils’, the index has for the entry on ‘Atman’: ‘See Brahman’!  But I suggest that this would be a mistaken conclusion. Instead, it seems to me that the usage of these terms is part of the adhyAropa-apavAda method which distinguishes the teaching of Advaita. We begin with the belief that we are separate body-minds, and gradually progress through the notions of jIvAtman, jIvAtman-paramAtman aikyam, the ‘tat tvam asi’ of identification with Ishvara, the identity with the absolute brahman, and ending with the knowledge that there is only brahman.

Accordingly, I suggest that it is indeed the case that the scriptures utilize the concept of Atman in respect of the non-dual Self ‘associated’ with the individual (the notion of chidAbhAsa is relevant here), and the concept of brahman in respect of the ‘universal’, non-dual reality. Although Atman is identical with brahman in the final analysis, this is the ‘bottom line’ of the teaching and the scriptures lead us to that understanding gradually. The words are not synonyms.

That an initial differentiation is made and that the realization of the identity of Atman and brahman is the end point of the teaching is indicated by S. N. Kandaswamy, in the chapter on ‘Advaita in Tamil’ in Balasubramanian’s Vol. 2 Part 2 of ‘History of Science , Philosophy and Culture in Indian Civilisation’. He says: “Though the individual self in its essential nature is non-different from Brahman, it seems to be different due to the association of avidyA.” And he then goes on to explain the theories of pratibimba vAda, AbhAsa vAda and avachCheda vAda and concludes: “Though the theories are different, they have a common purpose, viz. establishing the identity of the jIva and Brahman.” This is perfectly in keeping with the general principle that the teaching starts with our current level of understanding and experience. Although the final truth is not ‘kept secret’ from the seeker, Advaita does not begin with that because it would be too great a leap.

The seeker initially starts out believing he/she is a separate entity and, having learned/realized that he/she is not the body-mind, the name given to who-I-really-am is ‘Atman’. When Advaita is talking about the ‘absolute reality’ irrespective of any apparent thing in creation, whether conscious or inert, the word ‘brahman’ is used. And then it naturally follows from this latter teaching that Atman = brahman.

So it is an aspect of the teaching of Advaita to describe them separately to begin with, because the seeker initially thinks them to be different. Later, when the seeker is ‘ready’, the fact that they are simply different names for the non-dual reality is given.

Shankara explains in his Brahmasutra bhAShya (1.2.20), why it is that the Brihadaranyaka Upanishad distinguishes between the embodied soul (jIvAtman) and  the ‘internal ruler’ (Ishvara, antaryAmin or paramAtman): “The declaration of the difference of the embodied Self and the internal ruler has its reason in the limiting adjunct consisting of the organs of action, presented by Nescience, and is not absolutely true. For the Self within is one only; two internal Selfs are not possible. But owing to its limiting adjunct the one Self is practically treated as if it were two ; just as we make a distinction between the ether of the jar and the universal ether.” I.e., because we (initially) believe we are limited by the body and mind (as a result of our Self-ignorance), we think that we have a separate Atman – and hence are justified in calling this the ‘jivAtman’.  Later (if we pursue shravaNa-manana with a qualified guru) we learn ‘tat tvam asi’, namely jIvAtman-paramAtman aikyam (identity).

Another example of the clear differentiation between jIvAtman and paramAtman occurs in the Katha Upanishad 1.3.1. The topic guhApraviShTAvAtmAnau (Brahmasutra 1.2.11 – 12) says that the Katha mantra is referring to jIvAtman and paramAtman when it talks about ‘the two’ who have entered into the cave of the heart, and not to jIvAtman and buddhi, as the opponent suggests. The Upanishad says that those who know them refer to them as ‘shade and light’. Shankara explains that “The phrases ‘shade’ and ‘light’ show the difference between the Infinite Knowledge of the Supreme Self and the finite knowledge of the jIva, or that the jIva is bound down to the chain of saMsAra, while the Supreme Self is above saMsAra.”

And in BSB 1.2.12, Shankara further elucidates: “Because in a subsequent passage (I-3-3) the characteristics of the two that have entered the cavity of the heart are given. They indicate that the two are the individual soul and Brahman. ‘Know the Self to be the charioteer, the body to be the chariot.’ The individual soul is represented as a charioteer driving on through the transmigratory existence and final emancipation. Further it is said ‘He attains the end of his journey, that highest place of Vishnu’ Katha Up. I-3-9. Here it is represented that the Supreme Self is the goal of the driver’s course. The two are mentioned here as the attainer and the goal attained i.e. the individual soul or jIva and the Supreme Soul or Brahman.” (Remember that this is saguNa brahman or paramAtman to which he is referring.)

Possibly the clearest distinction is in the metaphor of the two birds in the tree in the Mundaka Upanishad 3.1.1 – 3. One bird (the jIvAtman) is attracted by the fruits on the tree and indulges itself (does karma, gains phalam and is bound by saMsAra), while the other (paramAtman) sits there watching and does not eat anything. The tree is the body; ripening fruits are the karmaphala resulting from past action.

Atman manifested in the limited mind (chidAbhAsa) is called jIvAtman. The unlimited, all-pervading Atman is called paramAtman to differentiate. It is the presence of Atman that enables action, enjoyment, witnessing etc, even though Atman itself does nothing. We figuratively refer to it as ‘witness’.

Shankara’s commentary states that “on this tree, ‘Atmeshvarau’ (Atma and Ishvara) are perched like two birds”. He actually uses the word ‘Ishvara’ here, rather than paramAtman. And he uses a metaphor to explain how jIvAtman is ‘empowered’ by paramAtman: “Just like a king who, by his mere presence, is able to direct or prompt his people to do the work, so also the very presence of paramAtman activates jIvAtman as well as the universe.”

Mantra 3.1.2 says that our grief and samsara continue as long as we remain seduced by the fruit of the tree. Once we realize that we are the Atman and not the mithyA jIva, the ‘glories of the paramAtman are ours’.