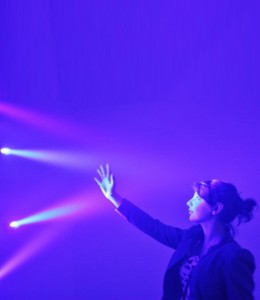 One enduring misconception about enlightenment is that there are different ‘paths’ for different temperaments. This is not supported by Śaṅkara’s vision. Below the argument for the single ‘path’ is presented.

2. Common observation supported by scripture shows that, when one’s aim is split, the goal is unlikely to be reached. So for seekers who are split between an avowed desire for self-knowledge and ‘compelling’ ties to the world in the form of emotional entanglements to people and places, unfulfilled duties, ambitions and the like, attaining the goal of self-knowledge is unlikely – their minds being impure (i.e. distorted by subjective likes and dislikes) or unsteady (unable to remain single-pointed for any length of time). The compelling pull of likes and dislikes that arise from duties and entanglements and ambitions is known as mala. And the flickering of the mind from one worldly demand to the other is called vikshepa.

3. A mind afflicted by mala and vikshepa is not capable of holding steadfastly to the one thought, ‘Aham Brahmāsmi’ (‘I am the Absolute Reality’), because it will inevitably be snatched away by the call of duty or desire or some pressing worldly need. A mind unafflicted by mala and vikshepa is one that, alone, is qualified for self-knowledge. Such a mind is not pulled this way or that by a sense of duty or obligation or attachment. It is totally objective. It is not split between self-knowledge (moksha) and the world. It is a detached sannyāsa mindset.

4. Does it mean that self-knowledge is out of reach of people whose minds are afflicted by mala and vikshepa? No, says śāstram, there is an antidote. There is, however, one precondition before the antidote can work: the person needs to have come to the conclusion that nothing is as important as moksha – not even worldly duties or emotional ‘contracts’. This is not to say that duty has to be abandoned, but it needs to be re-contexted, undertaken with a totally different attitude: i.e. by thinking: ‘If I am doing this to enhance my status in the world or my reputation or comfort or the comfort of others, then I will remain under the grip of mala and vikshepa. My activity is valid only to the extent that it supports my aim of the removal of self-ignorance.’  For one who continues thus to have ties to the world, the advice of the tradition is clear: serious work starts only when there is purushārtha niścaya – i.e. when one is certain that the ultimate purpose of life is moksha.

5. This purushārtha niścaya can be brought about by any number of triggers. The trigger is called śubheccha – a good impulse that re-orientates one’s view regarding the purpose of life. It is highly unlikely, however, that one will immediately change lifestyle in response to such an impulse: it is not that easy to step out of deeply ingrained habit. For one who wishes to make the transition to the new reality, but is still stuck in the old habit, the antidote recommended by shāstram is to follow a karma yoga lifestyle.

6. Underpinned by purushārtha niścaya, this lifestyle (which means how the whole life is led, not just how occasional activities are performed) is characterised by three attitudes:

(i) Īśvara arpaṇa buddhi, the attitude of dedicating (actions and results to) the Lord. This supports three key disciplines: śama, mastery over mind which results in peace of mind; dama, mastery over sense, which results in alertness of mind; and uparama, the sole focus on one’s own duty, which strengthens śama. Put another way, śama, dama and uparama – which bring about peace of mind, alertness of mind and supports the mastery over thinking – are attained through Īśvara arpaṇa buddhi.

(ii) Īśvara prasāda buddhi, the attitude whereby one accepts whatever results from action as a gift from the Lord, gives relative tranquillity of mind, the result of forbearing pleasure/pain, heat/cold, etc – titikshā.

(iii) Dharma aviruddha karma, action unopposed to dharma. This comes about from trust in the teacher and the śāstram: śraddha. The result is clarity about the vision of Self as described in śāstram.

7. It needs to be pointed out at this stage that Īśvara, the Lord, features in two of the three aspects of the karma yoga lifestyle. A clear concept of the Lord, therefore, seems essential for this lifestyle. What is the Lord? What is the connection between the Lord and the universe of names and forms? What are the devattas, the deities? What is their role in governing the universe? If Īśvara is ‘the giver of the fruits of action’ what determines the gift? And what is my attitude to such a giver? With these sorts of question the seeds for a worshipful attitude or a religious mindset may be sown. This devotional attitude is given the name upāsana, and is the antidote to vikshepa, mental agitation – the second impediment that renders one’s mind unfit to hold firmly to self-knowledge.

8. Upāsana – meditation, prayer and worship – being actions performed mentally, through speech or through physical obeisance is also covered by the term karma yoga. Thus, not only is purushārtha niścaya essential for the karma yoga lifestyle, but so too is a relationship with Īśvara, the Absolute-with-attributes. Why bring in Īśvara, surely that is dualistic? Because underpinning one’s attachment to duty and doership is identification with the body-mind set up and, as is taught in the Gita, whilst this identification persists, it is unlikely that one can conceive of That which is without form. Accordingly, a third of the Gita (Ch 7-12) is devoted to deepening the understanding of Saguṇa Brahman, Īśvara, and enjoining a worshipful attitude to the Lord.

9. Actions performed in the spirit of karma yoga have two results: one that is not observable by senses or mind, and one that is. The unobserved result is punya (auspiciousness). The most that punya can deliver is heaven. Short of heaven are lesser fruit in the form of propitious circumstances in one’s next life. Observable results are two-fold: empirical (i.e. if you eat, hunger is satisfied; study and ignorance is dispelled, etc) and spiritual (i.e. the grip of raga-dvesha, likes and dislikes, is observably weakened). This spiritual benefit is of greater importance because it helps one see the limit of karma-phala, the results of action.

10. Viveka, the ability to discriminate between what is limitless and what is transient, comes from awareness of the limits of karma-phala. Without viveka one does not recognise the non-doership of Ātman and continues to believe oneself to be doer and enjoyer, thereby continuing to be subject to birth and death. In the words of Pujya Swami Dayananda Sarawati, ‘Once the Ātman is taken to be kartṛ, they have to be busy in order to accomplish various ends.’ (Muṇḍakopanishad commentary, 1.2.8). Viveka, in turn, creates vairāgya, dispassion for enjoyments in this world and the next, thus weakening the pull of the world and any notion of doership.

11. The mindset that is characterised by viveka, vairagya and mumukshutva, i.e. one that is free from the stranglehold of likes and dislikes – the offspring of me and mine, my duty and my attachments – is called sannyāsa, and is the mindset that is ultimately fit for self-knowledge. The karma yoga lifestyle results in yogyatā, eligibility (for knowledge) by leading to the detached sannyāsa mindset, which can be seen as the highest result of the karma yoga lifestyle while living.

12. The sannyāsi has no expectation of the world, no obligations to the world, no ties to the world, no emotional entanglements of any sort. “The giving up of activities that are based on material desire is what great learned men call the renounced order of life [sannyāsa]. And giving up claim to the results of all activities is what the wise call renunciation [tyāga].” (BhG 18.2)

13. The confusion that results from not understanding the difference between sannyāsa and tyāga is what gives rise to the erroneous concept of parallel paths to moksha (instead of merely two distinct lifestyles). On this point, Swami Dayananda is crystal clear (in his commentary on the same Gita passage):

“In order to gain (self) knowledge we have two lifestyles, sannyāsa and karma yoga. Here sannyāsa is karma-sannyāsa, the giving up of all obligatory karma, also called vividishā sannyāsa. And karma yoga is tyāga, renunciation of the results of action. The renunciation of the results of action is called yoga because it is an indirect means for gaining knowledge through antaḥ-karaṇa-śuddhi [mental purity]. Therefore tyāga and yoga go together here.

“Because Arjuna doesn’t see the difference between sannyāsa and tyāga, he has a lingering doubt which is expressed in his question here. His doubt always is, which of the two lifestyles, that is vividishā sannyāsa or karma yoga, should he opt for…

“When Arjuna asks, ‘Which is better, sannyāsa or karma yoga?’ it is very clear that he does not understand either. The question itself shows the vagueness in his understanding.”

14. The same point – namely that it is erroneous to believe that karma is the means for moksha or that karma combined with upāsana is the means – is made extensively in Swami Dayananda’s commentary to verses 1.2.7-1.2.13 of Muṇḍakopanishad. The only valid ‘path’ is a prepared mind, connected to a teacher who is śrotriya and brahmanishṭa and who systematically unfolds the subtle meaning of the teaching of shāstram. A prepared mind sees no more duties or rituals to be performed and is one that has attained purity and steadiness through karma yoga and upāsana. These disciplines cannot deliver anything more to one who has purushārtha niścaya and can, at most, deliver the heavens or punya to one who has not got purushārtha niścaya. The sannyāsa mindset alone is fit for self-knowledge, moksha: the rest is merely preparatory.