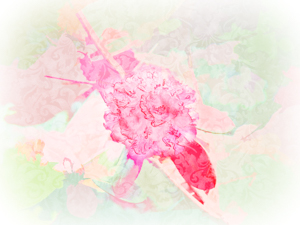 To illustrate this there is an interesting legend. Kindly listen to it,

A young boy asked his nanny to tell him a story, and the nanny told him the
following story to which the boy listened with great attention:

Once upon a time in a city which did not exist, there were three princes who
were brave and happy. Of them two were unborn and the third had not been conceived. Unfortunately all their relatives died. The princes left their native city to
go elsewhere. Very soon, unable to bear the heat of the sun, they fell into a swoon.
Their feet were burnt by hot sand. The tips of grass pierced them. They reached
the shade of three trees, of which two did not exist and the third had not even been
planted. After resting there for some time and eating the fruits of those trees, they
proceeded further.

They reached the banks of three rivers; of them two were dry and in the third
there was no water. The princes had a refreshing bath and quenched their thirst
in them. They then reached a huge city which was about to be built. Entering it,
they found three palaces of exceeding beauty. Of them two had not been built at
all, and the third had no walls. They entered the palaces and found three golden
plates; two of them had been broken into two and the third had been pulverised.
They took hold of the one which had been pulverised. They took ninety-nine minus
one hundred grams of rice and cooked it. They then invited three holy men to be
their guests; of them two had no body and the third had no mouth. After these holy
men had eaten the food, the three princes partook of the rest of the food cooked.
They were greatly pleased. Thus they lived in that city for a long, long time in peace
and joy. My child this is an extremely beautiful legend; pray remember this always,
and you will grow up into a learned man.

O Rama, when the little boy heard this he was thrilled.

1 thought on “Creation according to Vasishtha”