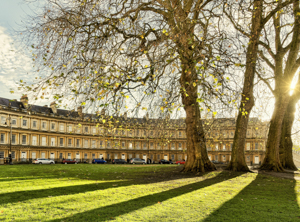 Unfortunately, between hearing this and knowing it to be true, there seems to be a very large, if not insurmountable, gap. How do we bridge it? Here is what Dhanya says:

“Taking my existence/conscious self to be the body/mind is the most traumatic experience there is. There is nothing worse, and it is completely untrue.

“But if someone walks up to you and says those words, I’m not sure that they would help. You would have to feel the person knew what they were talking about, and that they were not crazy or deluded, and be open to hearing and wanting to know what they had to say.

“Although you don’t know it now, you can know it, because you are here to be known. The truth is here to be known. It is only a matter of having someone, whom you trust and who is skillful, logically point out to you certain incontrovertible facts about yourself and the nature of your experience, and then giving your mind time to assimilate those facts. Then you yourself will recognize the truth.

“The end of becoming is knowing that you never could, and never have, become anything in the first place other than what you already are. And what you already are has never been subject to becoming, ever. “ (Read the complete article at http://advaita-academy.org/talks/The-End-of-Becoming.ashx.)

David Carse nicely expresses this paradox:
“There is a sense in which there is no ‘awakening’, no enlightenment, because there is no ‘one’ to awaken. Who would this be? Who is awakened?

“’Me’, david? Of course not: david is a dream character, an idea, a fiction; not the dreamer, and therefore obviously cannot awaken. There is no ‘david’ to do anything, including awaken.

“Or is it ‘Who I Really Am’ that has ‘awakened’; Presence, Awareness, All That Is?

“But of course Awareness has never been asleep, has no need to awaken to anything; Awareness is always already All There Is.

“Clearly then, there is no one to awaken. ‘Awakening’ is only an analogy, a concept, a pointer. The seeker community tends to take it literally, but like most analogies it only takes you so far.

“What has happened is more like this: in the dream, in the case of the dream character ‘david’, All That Is stops pretending that ‘It’ is asleep. What has always been awake lets the misunderstanding that there is someone to be asleep and someone to awaken, fall away.

This is the neo-advaitin way of putting things, using familiar language and not requiring a lifetime’s study of obscure, sometimes seemingly religious texts. To someone who is familiar with the concepts of advaita, his way of putting things can certainly be appreciated. To someone who is not, it may leave many questions unanswered and lead to the belief that seeking of any sort is futile. ‘I’ the dream character cannot do anything and ‘I’ as Awareness need not do anything. (And how can a non-dual reality have ‘dreams’?)

Both neo-advaita and direct path advaita suffer from this problem, essentially trying to talk about the non-dual reality, when this is not possible. Traditional advaita utilizes two ‘levels’ of reality in explanation – paramArtha and vyavahAra. Neo-advaita tries to ‘explain’ everything purely from the pAramArthika standpoint. Direct path attempts to conflate the two.

Ultimately, traditional teaching, too, comes up against such paradoxes. Ramana Maharshi makes not dissimilar statements: “The ‘I’ casts off the illusion of ‘I’ and yet remains an ‘I’. Such is the paradox of Self-realization. The realized do not see any contradiction in it.” But, with a few thousand years of experience behind it, it has built up a totally logical framework for such ideas. Starting out from our everyday, dualistic experience, it takes us to total Self-knowledge, i.e. enlightenment.

Shankara says that, “though the Self is void of all modifications, it is imagined through nescience, in the form of non-discrimination from the modifications of mind, to be the perceiver of sounds and other objects brought before the mind. Similarly, the same Self, which is in reality beyond all changes of state, is called ‘enlightened’ on account of discriminative knowledge separating the Self from the non-self, even though such knowledge is only a modification of the mind and is illusory in character (and implies no real change of state).” [Bhagavad Gita bhAShya II.21, as translated and presented in Shankara on Enlightenment (A Shankara Source Book Volume 6), compiled and translated by A. J. Alston,  Shanti Sadan, 2004. ISBN 0-85424-060-8. Purchase from Shanti Sadan – http://www.shanti-sadan.org/]