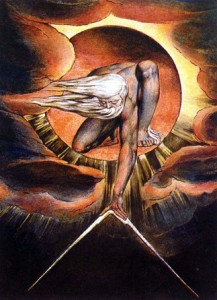 One of the more difficult ideas for some Western seekers to accept is God, the Lord. The usual picture is of a highly judgmental white-bearded figure, sitting in heaven, dispensing punishments and rewards. God, in this picture, is all-controlling, all-powerful and thus I am small and insignificant and a mere pawn in his game. This sort of idea of the Lord is also prevalent in the East. For the godless, prayer and worship obviously have no place, and for the theists, prayer and worship are ultimately to secure a place in heaven or worldly comforts and pleasures. In one of her talks to her London students, Swāminī Ātmaprakāśānanda put all of this into perspective so that anyone with an open mind could get a wider, more liberating vision of these important and vital matters. This part deconstructs the concept of Lord…

There is a beautiful mantra in the Katha Upaṇishad:

The sun does not shine there, nor do the moon or stars. Nor does lightning shine. How, then, can fire burn? When He shines, all of these shine. Through His light, all things shine. (KathaUp. 2.2.15)

What is manifest as knowledge? Pure Awareness alone is manifest as knowledge in every being. The whole universe is a manifestation of knowledge. That Reality, which is of the nature of knowledge, is Īśvara, the Lord, for us. The whole universe, being a manifestation of knowledge, is looked upon as Īśvara. Everything is Īśvara – there is not anything that is not the Lord here. The Lord is everywhere. In the smallest speck of dust, the Lord is there.

A living being implies many functions – the function of digestion, the function of respiration, etcetera. In Spring every plant is full of life, we see fresh leaves, fresh flowers. You can understand the tree drinking, breathing, even though you cannot see it. Intelligence can appreciate many functions continuously happening in every living being. In the tree you can appreciate the absorption of water, photosynthesis, respiration, and even change – in the night, when there is no sun, it starts inhaling oxygen and, during the day, it takes in carbon dioxide. When there is sunlight, it makes use of sunlight for photosynthesis, and processes food in its green leaves. In this way, through all these functions, a tree lives.