This the first of a three-part series discussing the relevance of Kant’s philosophy to Advaita. 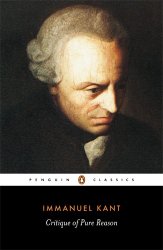 Immanuel Kant published the first edition of The Critique of Pure Reason in 1781, with an extensively rewritten second edition appearing in 1787. Between those editions he also published a shorter “easier” introduction to his philosophy, Prolegomena to Any Future Metaphysics (1783). With the later appearance of The Critique of Practical Reason (1788) and The Critique of Judgement (1790), Kant had articulated a complete system of philosophy of incredible depth and complexity, wholly original and unique in its solution to the age-old problems of reason, ethics, and logic. So great was the importance of this Prussian professor, we may justifiably think in terms of pre-Kantian and post-Kantian philosophy. Many have disagreed with his conclusions and offered refutations on one level or another, but all who have come after Kant have been required to address him.

Kant was the first Western philosopher to fully take into account the subjective aspect of knowing, the forms of intuitive understanding we bring to our cognitions, before sensation or perceptual input. As we investigate objects that appear to our perception, not only can we not get out of our own way and truly view the objects as “things-in-themselves,” it’s actually worse than that. According to Kant, the objects are only perceivable as such because we have pre-applied space, time, and causality to our knowing of them. He is not saying there are no external objects, no things-in-themselves. This is not the idealism of Bishop Berkeley, in which everything is made dependent on mind and the existence of external objects is denied. Rather, Kant is saying we can only see our own representations of objects, and that we partially form those representations ourselves, together with whatever sensory data we may be gathering. We cannot see the things-in-themselves, separate from a knowing subject.

The above is an extremely rough sketch of just one facet of Kant’s deep analysis. I am by no means an expert on Kant’s philosophy, nor even a professional philosopher, and do not claim to fully understand all the intricate nuances of his elaborate thought castle. Having struggled diligently through the Critique of Pure Reason and the Prolegomena, however, and having found great value in having done so, it seemed appropriate to share a few insights from Kant’s work that might be of potential benefit to students of Advaita. While there is no direct mention by him of the Upanishads or the Vedas, as there is by Schopenhauer, Kant’s discoveries about a priori knowledge, his distinction between analytic and synthetic judgments, and his views on space and time are all noteworthy in that they support the Advaita teaching rather than conflict with it. I do not mean to infer that everything Kant wrote is consistent with Vedanta, only that there are correspondences and parallels worthy of study for those interested in such matters.

A Priori and A Posteriori Knowledge

A full treatment will of course be impossible in the space of a brief article, so I will focus only on a few key points, beginning with Kant’s analysis of the distinction between a priori and a posteriori knowledge:

“In what follows, therefore, we shall understand by a priori knowledge, not knowledge independent of this or that experience, but knowledge absolutely independent of all experience. Opposed to it is empirical knowledge, which is possible only a posteriori, that is, through experience. A priori knowledge is called pure if nothing empirical is mixed in with it. Thus the proposition, for example, ‘Every alteration has its cause,’ is an a priori proposition; yet it is not pure, because alteration is a concept which can be derived only from experience.” CPR, p. 38: (B3)

Kant called his work a Critique of Pure Reason, because he was examining through critical analysis the faculties of reason as they apply a priori, hence “pure” in that nothing empirical (i.e., sensory) is involved. Later, he came to write the Critique of Practical Reason, to apply his findings to the sphere of functional or moral reasoning. But the masterful first critique is devoted to explicating the underlying structure or scaffolding of the ratiocinative faculty itself. Kant’s first critique is also an intensive analysis of the Subject and its relationship to perceived Objects. He takes the unity of consciousness as primary, and this ties in with his notion of a priori knowledge, including space and time as intuitive forms of knowing — points we will explore below.

It is important to understand that Kant’s notion of pure a priori knowledge does not entail innate ideas present in the mind before experience. Rather, we are talking about knowledge that is not derived from experience at all. This is the case even if this a priori knowledge only becomes manifest with the occasions of experience.

“But although all our knowledge begins with experience, it does not follow that it arises from experience. For it is quite possible that even our empirical knowledge is a compound of that which we receive through impressions, and of that which our own faculty of knowledge (sensible impressions merely prompting it to do so) supplies from itself, an addition which we do not distinguish from that raw material until long practice has made us attentive to it and rendered us capable of separating one from the other.” CPR, p. 37: (B1)

Here, in the meticulous language of a professor of philosophy writing in the late 18th century, is the kernel of an independent derivation of the seer-seen discrimination discussed by Shankara in the early 8th century. I will amplify on this in the final section discussing Kant’s phrase, the transcendental synthetic unity of apperception, where I will argue that he is essentially talking about Atman. Before I can make that case to the reader, however, we’ll first need a closer look at Kant’s unique terminology and ground-breaking analysis.

Further on the matter of a priori knowledge, consider that no subjective observer can escape from the mechanism by which it receives impressions. Any perceptions come pre-packaged with time and space all woven together as a compound of synthesized knowledge. I believe we are therefore justified in treating Kant’s notion of a priori knowledge as roughly equivalent to avidyA, Ignorance, as propounded in the Advaita teachings. We are therefore talking about mAyA again, in the form of the hardwired ignorance that comes automatically with the point of view of being a separate person. In the words of the great scholar of mythology, Joseph Campbell:

“Also accepted is the recognition which Schopenhauer seems to have been the first to have realized, of this Kantian concept of the a priori forms of sensibility and categories of logic as practically identical with the Hindu-Buddhist philosophy of Maya.” – The Masks of God, Volume IV, Creative Mythology, p. 338.

In practical terms, the Critique of Pure Reason is an extended analysis of the limitations of the Subjective point-of-view. This is one of the key reasons I believe Kant’s work to be of relevance to students of Advaita Vedanta. In his own terminology, he is writing about why the jIva can never “transcend” itself and get to the actual thing-in-itself as it exists objectively, that is, can never observe Reality directly. Kant’s is the first truly detailed exposition in Western philosophy to elucidate why and how we are trapped by the very structure of our own cognitive faculties, and therefore unable to use reason to fully resolve the metaphysical questions of God, immortality, and freedom.

In Part II, we’ll review Kant’s important distinction between analytic and synthetic judgments, clarify the meaning of transcendental idealism as it applies to his work, and also analyze a mahAvAkya in terms of Kant’s philosophy.

12 thoughts on “The Relevance of Kant’s Transcendental Idealism to Advaita Vedanta, Part I”