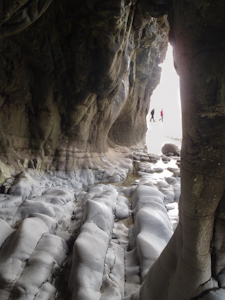 As an adolescent…I craved factual certainty and I thirsted for a meaningful vision of human life – so I became a scientist. This is like becoming an archbishop so you can meet girls. M. Cartmill

There seems to have been a growing trend (since the publication of Fritzjof Capra’s book ‘The Tao of Physics’ in 1975) to claim that science is both willing and able to investigate and understand the non-dual status of reality. More and more, science-based books and essays are appearing, but none seem to be actually founded in the proven methodology of Advaita. This is understandably symptomatic of the present time, in which science is seemingly able to supply all of our needs – if not already, then at least as a promise for the near future. Philosophies such as Advaita on the other hand are based on ancient scriptures, written in Sanskrit which no one can understand. ‘Where is the contest?’ the uninformed seeker is clearly going to ask.

But there is a parallel here with the other recent development: neo-advaita, in which claims such as ‘there is no seeker, no teacher and no path’ and ‘this is it, here and now’ have direct appeal to those looking for instant gratification. In both cases, the approach is doomed to failure. I have addressed the neo-advaita issue in my book ‘Enlightenment: the Path through the Jungle’. In this article, I would like to examine some of the reasons why science cannot, and never will be able to demonstrate in any way the non-dual nature of reality.

There is also a parallel with neo-advaita as regards language. Neo-advaitins use a language which can be learned and exploited without really understanding what is being said. A skilled but unscrupulous practitioner can hold forth at satsangs and give the appearance of making profound statements whilst not really appreciating their import at all. Similarly, theoretical physics is now so abstruse that few really understand it at all. Recognition of names such as Heisenberg and Schrodinger, in the context of uncertainty and cats, can easily give the impression (which might be quite erroneous) that the speaker actually understands something about quantum mechanics. I am actually afraid that science may be more of a threat than neo-advaita. Many seekers may be sufficiently familiar with traditional advaita to be able to appreciate the problems of neo. But this familiarity will not so easily enable them to see through the smokescreen of quantum mechanics and neuroscience! Even if the author does understand what he is talking about, it is highly likely that the reader will not. It is easy to ‘blind someone with science’ in both domains! And though I do not lay claim to understanding much quantum mechanics, I do have an honors degree in Chemistry and did actually take a course in quantum mechanics as part of this degree. So I have at least some direct experience here. Most seekers will not have the benefit of this background and so will be in even less of a position of being able to know whether or not what is being said has any merit at all.

My opinion is that any claims that quantum mechanics and advaita are saying the same thing rely on this fact: that very few people actually understand it. For example, it is true that Heisenberg realized that such things as electrons could not be observed without the very presence of the observer affecting the state of the electron. But this is at the level of fundamental particles. At the gross level of the world, the statistics of large numbers swamp this effect and make it irrelevant.

One reason that science can never provide any ultimate answer is that, by definition, it always involves a subject trying to find out about an object. If you can see it (says Shankara in his commentary on Gaudapada’s kArikA on the Mandukya Upanishad 2.4) – i.e. if it can be objectified – you can be sure that it is not independently real! Whatever I investigate is always an object, with ‘I’ as the subject. I cannot make ‘I’ the object because I am the subject. This would then necessitate another subject to do the investigation –and this leads to an infinite regress.

Physics looks into the smallest with the help of electron microscopes and the largest and most distant with the help of the Hubble telescope. At both extremes, knowledge merges into yet further ignorance. And there are vast areas of the visible universe about which science still knows little – the ocean depths are an obvious example. Totally new species of life forms are being discovered every year but there are believed to be many more yet to be discovered. Neuroscience may be able to look into the physical brain and equate aspects of this with mental phenomena but is still at a loss to explain which causes which. Because there is no explicable mechanism that could link a material brain with a non-material spirit, the classical Cartesian distinction has fallen into disrepute. But a satisfactory alternative explanation for our experience has still to be found. Biology and biochemistry, together with their more specialized disciplines, endeavor to find out more about living things. But they are still totally unable to explain what, exactly, life itself is. Basically, science knows about and can explain very little. And, the more they discover, the more there seems to be requiring an explanation.

Science is constantly trying to analyze things into their constituent parts to try to understand how they are made up, how the separate bits come together and function. But there are no ‘separate bits’ in reality; everything is but name and form of one essence which is itself part-less and changeless. Swami Muni Narayana Prasad (Ref. 2) says that: All our sciences attempt to attain the truth by dividing the little visible tip of the great iceberg into different fields of enquiry. Each science gives stress to a specific aspect of it. Some of these sciences are again subdivided into various fields of specialization. This way of enquiry, which concentrates its attention on specific aspects of the little visible portion of Truth, and divides it again into special fields, helps only to lead us away from the entirety of Truth, rather than reaching it. So, whatever is known to science is only a little of the total Truth. The more specialized a science is, the further away we are from the total Truth. The entirety of Truth is never known as a specific item of knowledge. So it is said, “It is not specifically known to those who understand specifically.”

The scientific method is also bound up with the notion of causality; it is constantly looking for causes to explain the observed effects. But, as Gaudapada points out in his kArikA on the Mandukya Upanishad, turIya, the non-dual reality, is kArya karaNa vilakShaNa – it has nothing to do with cause and effect. It is beyond, or prior to, space, time and causality. Consequently, a scientifically based enquiry into reality is a contradiction in terms.

Philosophers constantly see the method of science before their eyes and are irresistibly tempted to ask and to answer questions in the way science does. This tendency is the real source of metaphysics and leads philosophers into complete darkness. Ludwig Wittgenstein

Bryan Magee, in his excellent book ‘Confessions of a Philosopher’ says that:

Russell understood clearly – what many people to this day fail to understand – that science of itself does not, and never can, establish a particular view of the ultimate nature of reality. What it does – and this is one of the supreme cultural as well as intellectual achievements of mankind – is reduce everything it can deal with to a certain ground-floor level of explanation. Physics, for example, reduces the phenomena with which it deals to constant equations concerning energy, light, mass, velocity, temperature, gravity and the rest. But that is where it leaves us. If we then raise fundamental questions about that ground floor level of explanation itself, the scientist is at a loss to answer. This is not because of any inadequacy on his part, or on science’s. He and it have done what they can. If one says to the physicist: ‘Now please tell me what exactly is energy? And what are the foundations of this mathematics you’re using all the time?’ it is no discredit to him that he cannot answer. These questions are not his province. At this point he hands over to the philosopher. Science makes an unsurpassed contribution to our understanding of what it is that we seek an ultimate explanation of, but it cannot itself be that ultimate explanation, because it explains phenomena in terms which it then leaves unexplained.

And, if that were not already sufficient, Magee goes on to point out that: In 1931 Gödel published his famous proof that in any consistent formal system it is possible to formulate propositions whose truth or falsity is undecidable without reference to criteria outside the system. This dealt a death-blow to our hopes of being able to establish a coherent and self-contained explanation of anything, let alone everything.

Science and the method that it embodies are excellent for looking into objects and mechanisms in the apparent world. Its ingenuity in the most unpromising of circumstances is seemingly endless. And some of these investigations are of value in the investigation into what we are not; i.e. ‘the neti, neti’ practice of traditional Advaita. Thus, for example, the experiments of Libet and Wegner into the nature of volition have thrown valuable information into the arena of the discussion on fate and free will. (See article on free-will.)