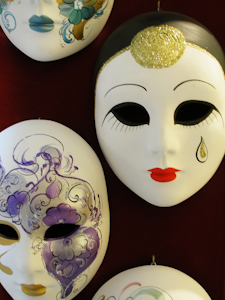 Although science is good at investigating objects, even there it is doomed to fail – because the essence of objects, too, is ultimately the same non-dual reality. As Atmananda Krishna Menon puts it, in his ‘Notes on Spiritual Discourses’: “As long as the least trace of subjectivity remains, objectivity cannot disappear. And until objectivity disappears completely, the real nature of the object can never be visualized. This is the fundamental error committed by science as well as philosophy, both in India and outside, in trying to approach the Truth through the medium of the mind.” (Vol 3 Notes, 1386)

‘Consciousness’ is the subject and cannot be investigated objectively

If ‘I’ am trying to understand the nature of the objective universe, that universe has to include everything – all other persons and even ‘my own’ body and mind. The only reality, of which I can be absolutely certain and take as given in this investigation, is ‘I am’. This ‘Consciousness’ is presupposed in all acts of knowing. There is a well-known verse, used in Hindu rituals, which occurs in three of the major Upanishads (kaTha V.15, muNDaka II.ii.10 and shvetAshvatara Vi.14): “There the sun does not shine, nor the moon nor the stars; neither does the lightning manifest. How, therefore, can this earthly fire (used in the offering)? Everything shines only by virtue of Him that shines. This whole world is illumined with His light.”

Without Consciousness, nothing can be known. But Consciousness itself cannot be an object of knowledge, just as in a totally dark room, a torch may illuminate everything but itself. Knowing requires both knower and known. For Consciousness to be known, it would have to be a knowable object but it is the knowing subject. We ‘know’ Consciousness because we are Consciousness. Consciousness is our true nature. The ultimate observer (which is who you essentially are) is simply not amenable to any type of objective investigation at all – who could there be beyond the ultimate observer to do the investigating? This seemingly paradoxical state of affairs betokens a confusion of ‘levels of reality’. At the level of the world, which is the domain of science, investigation is carried out by the mind (which is a reflection of Consciousness) into objects such as the brain. The world is the province of the knower-known duality. From the standpoint of absolute reality, there is only Consciousness. The world is only a manifestation of name and form, never actually separate from that Consciousness. But clearly Consciousness itself can never be ‘investigated’ by the mind at the level of the world. A poor metaphor might be trying to get an ocean to ‘wet’ the wave, when both wave and ocean are both always only water. What is gained from science is ‘information’ rather than knowledge. There is no end to it – the more that you find out, the more there is to find out. And any given theory is good only until more information comes along to discredit it. ‘I am’ is not information. It is absolute and irrevocable. You do not need anyone to tell you this.

Advaita is not seeking to inquire into the nature of reality in this way at all. It functions by removing the ignorance that prevents us from realizing that ‘I am that non-dual reality’. Science, on the other hand, accepts that the world is real as an axiom and uses the mind to analyze things with respect to other supposedly known facts, looking for the truth ‘out there’. It aims to demonstrate such things as that Consciousness is an ‘epiphenomenon’ of matter, somehow arising as the brain increases in complexity, in the way that a lung might develop as a fish evolves to live out of water. The idea that everything might be an appearance in consciousness is one which is totally alien to the scientist, who in all probability would not even know what this might mean. Advaita asserts that the world is mithyA (see below) and accepts the statements of the scriptures, in reference to the non-dual Self as the only reality. The truth is to be found in the observer himself, never outside in the world-appearance.

The idea that Consciousness is an epiphenomenon of matter is not, it may surprise the reader, an invention of modern science. This same view was held by the chArvAka-s (a materialist philosophy) in the time of Shankara (around 8th century AD) and Shankara rejects their position in his commentary on the Brahmasutra (III.iii.54). He says that Consciousness must be distinct from the body since it does not exist in a dead body, whereas all of the other attributes persist (for a time, at least!) Furthermore, we can perceive other attributes, such as form and color of the body but we cannot see Consciousness. Nor can we see its non-existence (e.g. it might transfer to another body at death). So, if it does not consist of material elements, what else is there (since materialists deny that there is anything else)?

Science and most people in the West believe that ‘who-we are’ is, if not a by-product of, at least located in the mind, or the physical brain. The ‘transplanted brain’ story that I used in ‘Book of One’ illustrates this. Consequently, scientists are focusing their attention upon the brain and expecting to discover something relevant to the Self. But identification with the physical body (the ‘sheath’ made of food – annamayakosha) or with the mind or intellect (manomayakosha and vij~nAnamayakosha) is precisely part of our problem. Who-I-really-am is none of these, which are described in the teaching as ‘coverings,’ (kosha-s) or points of misidentification, which ‘as though’ mask my real nature.  As a result of this identification, the mind mistakes the real nature of myself, mixing up the real (Consciousness) with the apparent (the coverings).

Finally, Shankara points out that matter is an object of perception. If Consciousness is only matter, then we have the contradictory state of affairs that Consciousness is ‘acting on itself’. This, he says, cannot happen. For fire, though possessing heat, does not burn itself, nor does an actor (or acrobat), trained though he be, ride on his own shoulder. And it cannot be that consciousness which is an attribute of the elements and their derivatives, (and hence is one with them), will perceive those elements etc… Hence just as the existence of this perception of the elements and their derivatives is admitted, so also must its separateness from them be admitted.

Moreover, though perception takes place when light and other accessories are present, but not when they are absent, it does not follow that from this that perception is an attribute of the light etc. That being the case, it does not follow that consciousness should be an attribute of the body just because it occurs where the body is present and does not occur where the body is absent… (Ref. 7)

One other point in respect of science’s idea that consciousness arise in the brain is that this would explain nothing. Conversely, Advaita’s explanation that everything arises in Consciousness explains everything.