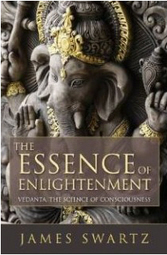 Here is an extract from the final chapter of James Swartz’s new book ‘The Essence of Enlightenment’. I haven’t read it all myself yet, but dipping into it at random shows that it is every bit as good as his ‘How to Attain Enlightenment’. It has, for me, his hallmark style of forthright, clear, informative writing, adhering to traditional teaching derived from scriptures and as interpreted by modern sampradAya-s. He has no qualms about bluntly (even brutally) exposing mistaken views but leaves the reader feeling uplifted, and with a much clearer understanding of even the most difficult topic.

12 thoughts on “The Enlightened Person”